For the past few months, there has been an air of certainty that Bryce Harper’s days as a member of the Washington Nationals are numbered, but multiple reports say not so fast.

ESPN’s Jeff Passan reports that Harper has met multiple times with Nationals’ representatives and that staying in D.C. is a distinct possibility for the 26-year-old slugger. 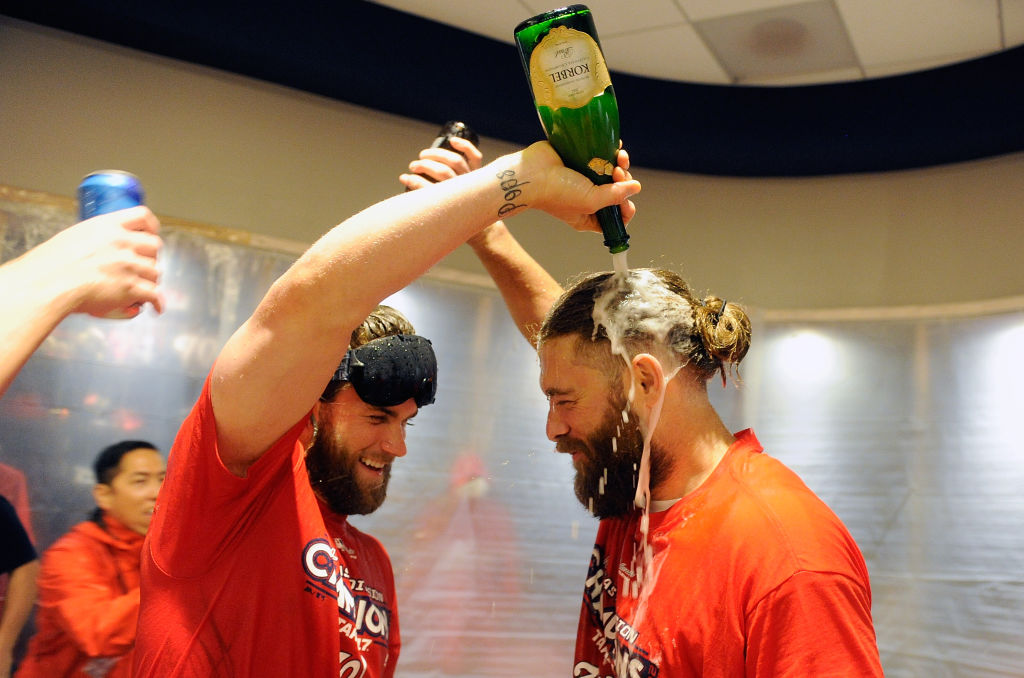 Bryce Harper #34 of the Washington Nationals celebrates with Jayson Werth #28 after clinching the National League East against the Philadelphia Phillies at Nationals Park on September 10, 2017 in Washington, DC. (Photo by Greg Fiume/Getty Images)

Harper turned down a 10-year, $300 million offer from the Nationals earlier this off-season, and Nationals’ owner Ted Lerner has been reluctant to go over that number, but a new report suggests there may be movement on that front. (RELATED: Bryce Harper’s Latest Offseason Move Will Confuse Everybody)

Chelsea Janes of The Washington Post reports that Harper and agent Scott Boras met with Lerner for five hours shortly before the Christmas holiday and the sides have been in contact since the MLB winter meetings.

According to a person with direct knowledge of the meeting, Bryce Harper and Scott Boras met with Nationals owner Ted Lerner for five hours on the Saturday before Christmas. https://t.co/KwpEjlPl2B

Harper’s free agency is widely considered one of the most important in MLB history. Harper appears to be only entering his athletic prime, and has understandably been firm in his desire to get a record contract.

It doesn’t appear like a signing will occur anytime soon, but now it appears that Harper might be staying in Washington, D.C. after all.