A North Korean diplomat serving in Italy has apparently defected from his post in Rome, according to South Korea’s spy agency, and is hiding out in an undisclosed location with his wife.

Jo Song Gil, who had been serving as a diplomat in Italy since 2015, disappeared from the diplomatic compound in November, just weeks before his term as interim ambassador was set to end, according to NPR’s Seoul correspondent Anthony Kuhn.

The South Korean National Intelligence Service briefed lawmakers in Seoul, South Korea, Thursday, and while no details on Jo’s whereabouts are concrete, one lawmaker told reporters that Italy was holding the ambassador and his wife.

A South Korean newspaper suggested Jo, 48, has sought asylum in the west, but Italy has yet to confirm these reports.

“He escaped the diplomatic compound in early November and … went into hiding,” South Korean lawmaker Kim Min-ki told reporters, adding that he has more information on the situation but cannot discuss further details. (RELATED: North Korea Says It’s Not Giving Up Its Nukes)

North Korea reportedly told Italy weeks ago that it would be replacing diplomats in the country, but an Italian Foreign Ministry official told The Wall Street Journal  that it was unaware of any officials seeking asylum in Italy.

“The defection of a senior diplomat would of course be a major embarrassment for Pyongyang,” Kuhn reported, a circumstance that has long concerned the communist government as it signals a weakness for North Korean leader Kim Jong Un. 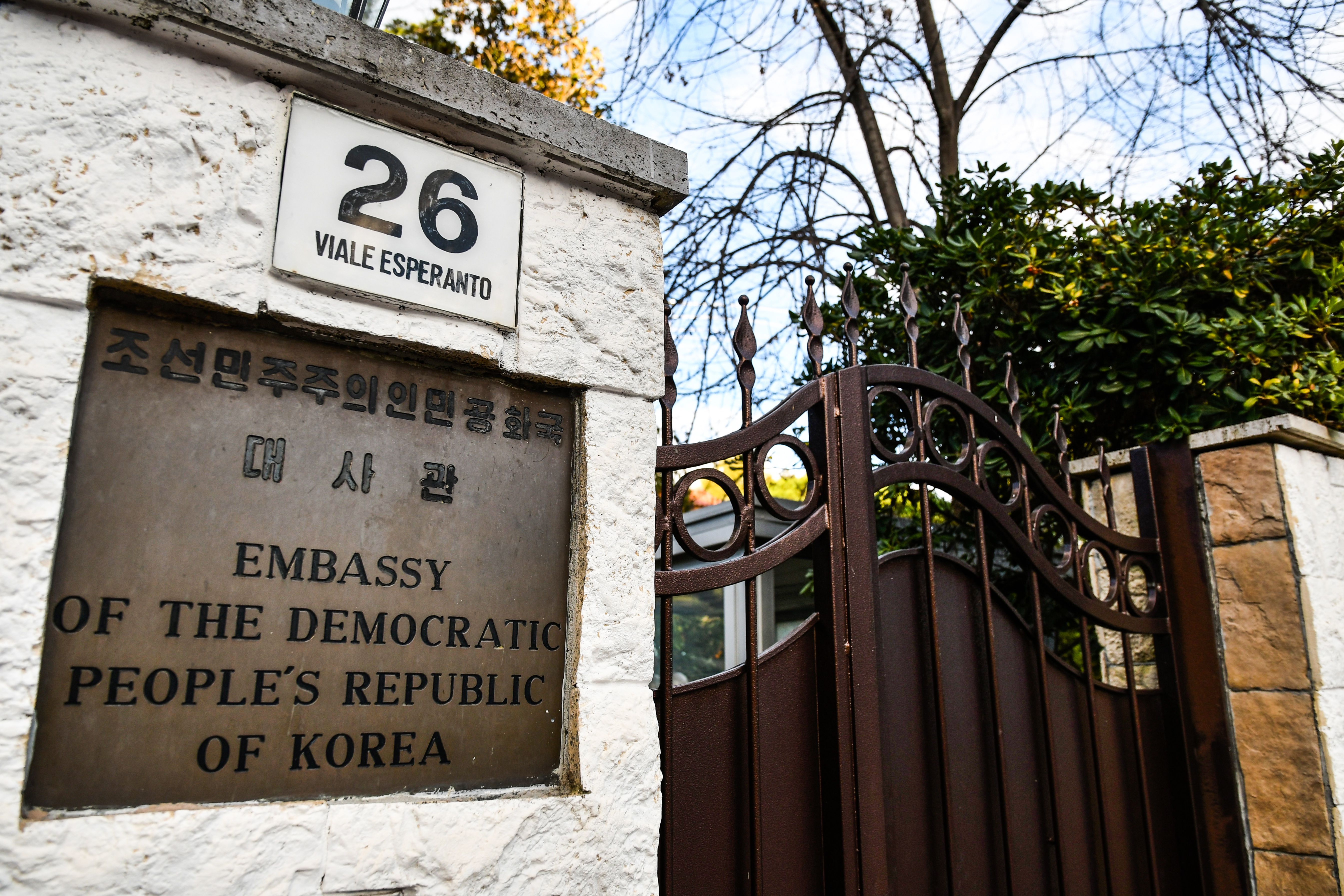 The entrance to North Korea’s embassy in Italy is pictured on Jan. 3, 2019 in Rome. (Photo by Alberto PIZZOLI / AFP)

“North Korean diplomats defecting is a fatal blow to Kim Jong Un, because his personality and his foreign policy could be leaked,” Kang Myung Do, a professor in South Korea who defected in 1994, told the WSJ.

Jo became the interim ambassador in 2017 after Italy expelled his predecessor in protest to North Korean nuclear war games.