Alabama Republican Sen. Richard Shelby, chairman of the Senate Appropriations Committee, told reporters Thursday that the government could remain in a partial shutdown for the “long haul.”

“I don’t see any quick resolution to this,” Shelby said. “I’m thinking we might be in for a long haul.”

When asked earlier by reporters how long that haul could be Shelby was not optimistic, saying the shutdown could last for “months and months.” (RELATED: Graham Reveals GOP Offer To Dems To End Shutdown, Predicts How Things Will Play Out) 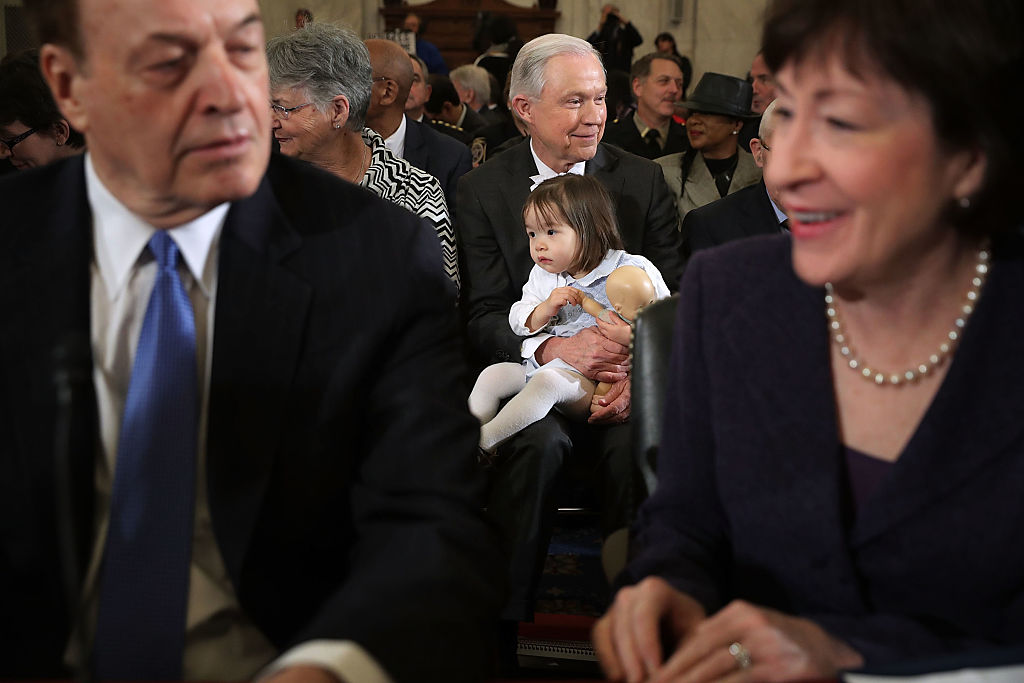 WASHINGTON, DC – JANUARY 10: Framed by Sen. Richard Shelby (R-AL) (L) and Sen. Susan Collins (R-ME), Sen. Jeff Sessions (R-AL) (C) holds one of his granddaughters before the start of his confirmation hearing to be the U.S. attorney general before the Senate Judiciary Committee in the Russell Senate Office Building on Capitol Hill. (Photo by Chip Somodevilla/Getty Images)

As the government heads into its second week of this partial shutdown, the White House is refusing to budge on its request for $5 billion to secure the southern border, and Congressional Democrats are refusing to give Trump any money for a border wall.

In 2013, during the Obama administration, 52 Democrats and 14 Republicans in the Senate supported a bill introduced by Chuck Schumer that included $46.3 billion in funding for border security. It did not get past the GOP-controlled House at the time.

That same year, Obama declared a complete government shutdown — the third longest in histroy. Over 800,000 workers were furloughed without pay and 1.3 million were asked to work without pay. Trump’s shutdown furloughed 380,000 workers and 420,000 and exempted employees working without pay. (RELATED: Remember When Obama And Clinton Shut Down Government For Their Own Pet Projects?)

Perhaps that’s why one of the Senate’s top Republicans is not feeling optimistic about a resolution anytime in the near future.