WASHNGTON—Utah Republican Sen. Mitt Romney evaded a question from The Daily Caller related to whether his Washington Post op-ed attacking Donald Trump could be interpreted as backstabbing the president, whose endorsement he received in 2018.

“It’s certainly an opportunity for us to work together on things where we agree. I actually said prior to the primary in an op-ed that I wrote in the Utah papers that I would work with the president on places where we agree, “ he said.

He continued, “Where we disagreed, I’d point that out, but if the president was to say things that were divisive in a significant nature that I’d call him out on that — and I have, by the way — with regards to  Charlottesville, attacks on the media, the Roy Moore endorsement, the Khashoggi approach.”

He went on to say, “I’ve continued to point out places where we’re different, and that’s the great nature of this representative democracy, which is where we agree we come together — where there are disagreements we express those openly and honestly.”

“That allows people to have trust in one another, and I look forward to being able to have a trusting relationship with the president and with others despite differences from time to time,” Romney added. 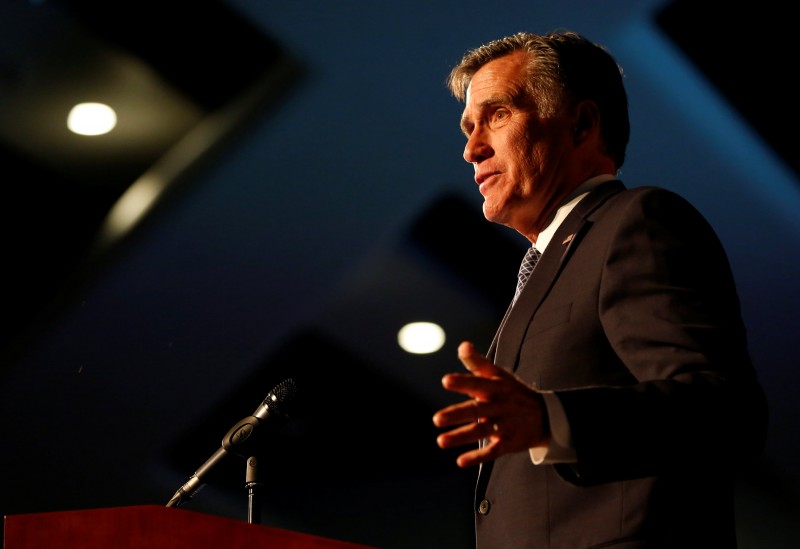 Kentucky Republican Sen. Rand Paul criticized Romney for writing the op-ed calling it “sour grapes” a self-serving move. When asked about Paul’s comments, Romney said, “We’ll have some differences and I expect that each senator and each representative will express their own views as they think best.” (Related: Rand Paul Says Mitt Romney Has ‘Sour Grapes’ For Not Winning Presidency)

He went on to say, “I’m not worried about what other people think about what I have to say. I just want to hear what they have to say about their priorities and their perspectives.” (Related: Lindsey Graham, Other Republicans Attack Mitt Romney For Anti-Trump Op-Ed)

Romney also told reporters he decided to write the op-ed at the beginning of the new Congress because “it’s a good idea to lay out how you’re intending to work in Washington as you begin.”