The government shutdown could delay the payment of billions in income-tax refunds as the IRS struggles to operate at full capacity.

Under the parameters of a shutdown, the IRS is only able to accommodate one-in-eight employees, The Wall Street Journal reported Wednesday. Certain functions like dealing with government property and criminal investigations will continue, but auditing and refunds have stalled.

The news comes as Congressional lawmakers are still trying to hammer out a deal to reopen the government while putting forth a plan to alleviate the southern border crisis. Democrats took control of the House Thursday and plan to oppose President Donald Trump’s request for border wall funding. 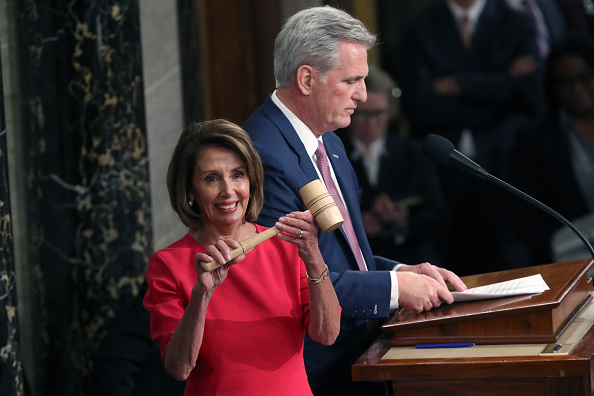 WASHINGTON, DC – JANUARY 03: Speaker of the House Nancy Pelosi (D-CA) receives the gavel from Rep. Kevin McCarthy (R-CA) during the first session of the 116th Congress at the U.S. Capitol January 03, 2019 in Washington, DC. Under the cloud of a partial federal government shutdown, Pelosi reclaimed her former title as speaker and her fellow Democrats took control of the House of Representatives for the second time in eight years. (Photo by Win McNamee/Getty Images)

This year’s tax refunds will be 26 percent higher than 2018 and will result in $62 billion more in reimbursements, Fortune reported.

Filers won’t be able to call to ask questions about the effects of the shutdown because the IRS does not respond to inquiries if the government isn’t open. The agency may look to recruit more staff after the filing season starts to help with the additional processing, but they have yet to announce an official start date.