A CNN panel got heated when President Donald Trump came up during a debate about whether comparing Hillary Clinton to Sen. Elizabeth Warren is sexist on CNN’s Erin Burnett OutFront on Friday night.

The panel consisted of April Ryan, Stephen Moore, and Joan Walsh. They were debating the backlash Politico has faced following a story in which they pointed out the dislike people had for Clinton and whether or not that’d carry over to Warren.

The conversation took a turn to President Donald Trump, and that’s when it went downhill.

“But if you listen to the message of what Democrats are talking about, especially Elizabeth Warren, they’re very angry, and they’re dire, and they’re dower,” Moore began. “The reason that Bill Clinton won, Ronald Reagan won, Donald Trump won, was: they were optimistic and I think the optimism about the potential for the United States is missing from the Democratic Party.”

“I will say one thing: there is nobody angrier than Donald Trump on a daily basis,” Burnett countered.

Moore responded, “He was angry, but he was optimistic. What was the theme? Make America Great Again.”

“You never listen — I bet you’ve never listened to a single Elizabeth Warren speech, Steve, I’ve listened to multiple of her speeches. I’ve listened to her many times. She projects an optimism about what the country can be once we start restoring the rules that built the American middle class,” Walsh stated. 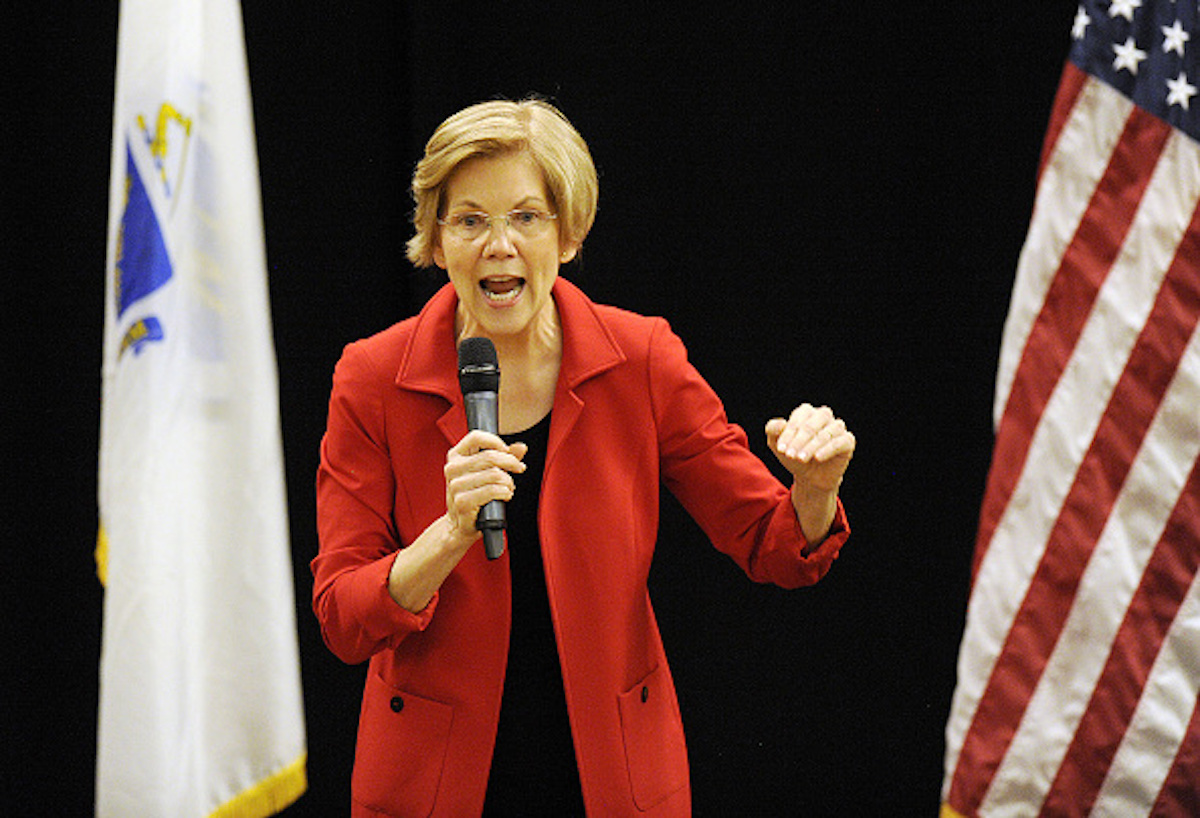 “Which is exactly what Trump did, right? He said everything’s going in the toilet but I’m going to make it great again. Right? In order to have an optimistic message, you have to say things are bad now, right? The whole point,” Burnett added.

Warren even sent a fundraising email on based on Politico’s story.

“We’re used to the tired, beard-stroking opinion pieces masquerading as smart political analysis,” it read. “We’re used to being compared to any woman who’s ever lost an election.”