A man who grew up working for Mexican drug lord Joaquin Guzman Loera, better known as “El Chapo,” testified against him for over five hours during Guzman’s ongoing trial in New York City on Thursday.

Vicente Zambada Niebla, 43, hopes to trade his valuable testimony for a shorter sentence after he was arrested in 2009 on conspiracy and drug trafficking charges. Zambada was extradited to the U.S. from Mexico and could face up to 10 years in prison, reported CNN.

Although the U.S. Treasury Department called Guzman the most “powerful drug trafficker in the world” for his role in distributing cocaine, marijuana, heroin, methamphetamine and more, his defense team will likely paint him as a pawn whose power in the Mexican Sinaloa Cartel has been exaggerated, reported NBC News.

Zambada’s testimony contradicted that argument. He is the son of Ismael Zambada García, a leader of the Sinaloa Cartel, and was apparently viewed as the cartel’s heir, reported The New York Times. (RELATED: Woman Comatose For A Decade Gives Birth)

Zambada discussed his father’s $1-million-a-month bribery budget, payoffs to a Mexican Army general and shipping drugs in trains, planes and submarines, according to The Times.

The Times characterized Zambada’s testimony as an “astonishing betrayal” — after all, Guzman is even the godfather of Zambada’s son, according to CNN. 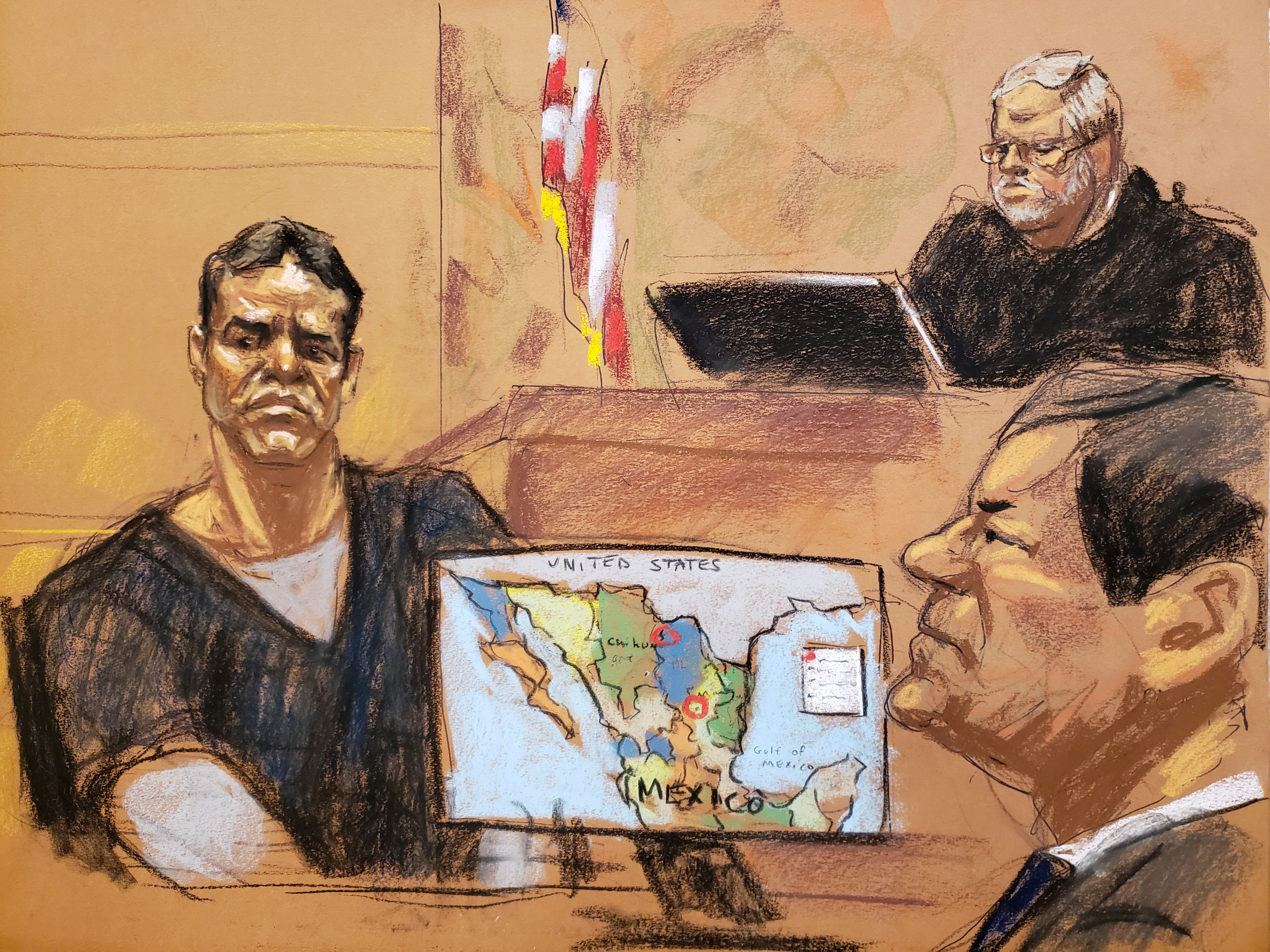 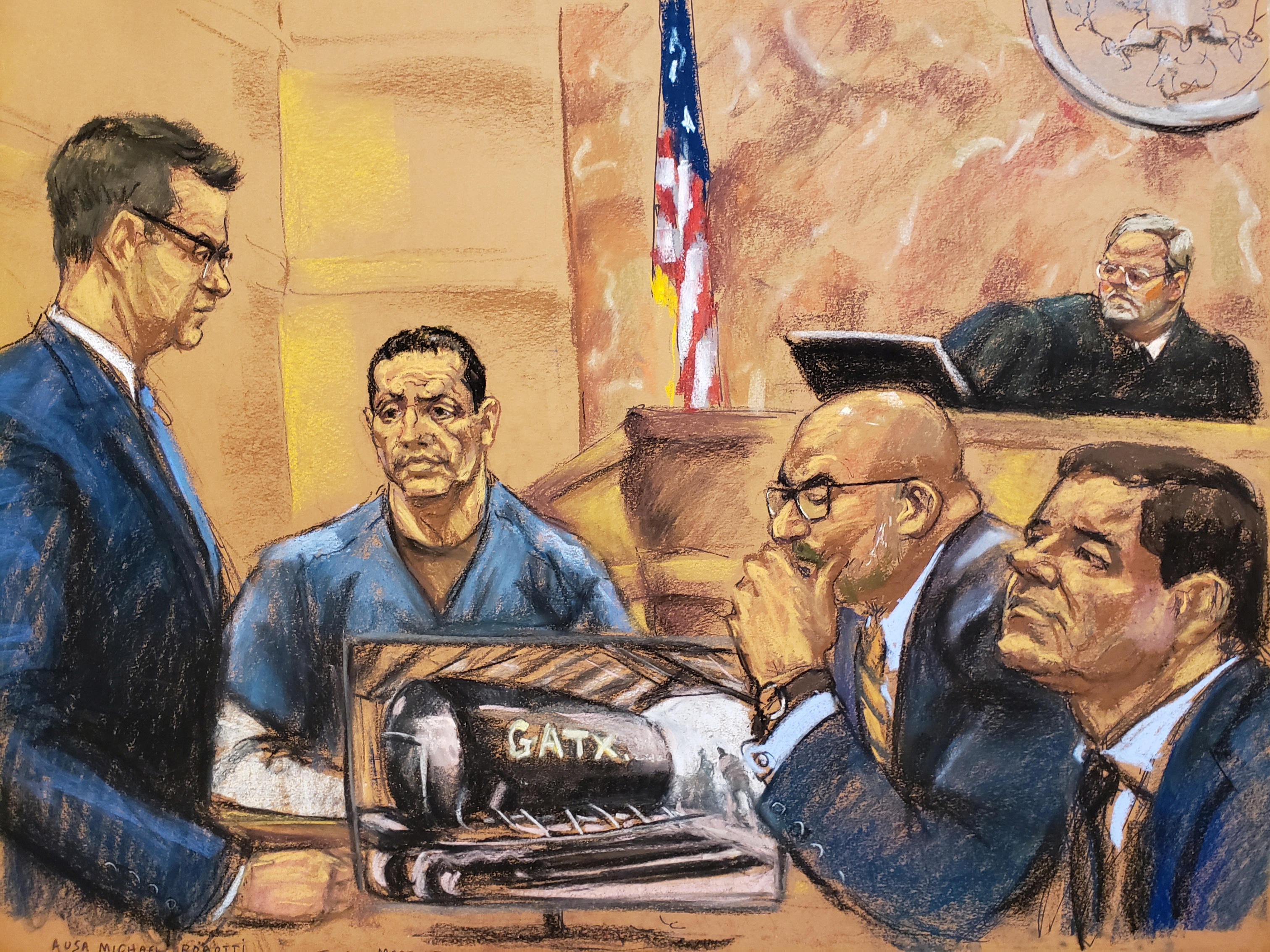 Zambada has known Guzman since he was 15.

“I started realizing how everything was done,” Zambada told the jurors, according to The Times. “And little by little, I started getting involved in my father’s business.”

Guzman’s New York trial began in November. The 61-year-old drug lord faces a 17-count indictment on charges including drug trafficking and murder conspiracy that could land him behind bars for life if he’s convicted of each one, reported NBC News. Guzman won’t face the death penalty as part of an extradition agreement the U.S. made with Mexico.

The charges against Guzman include incidents from a 25-year span, reported NBC News. Prosecutors are expected to hone in on a 2006 incident with two rival cartel members that’s detailed in court filings.

Guzman had his rivals “beaten and then personally shot them both in the head with a long gun. The defendant then ordered his workers to dig a hole in the ground, light a fire inside the hole, and throw the bodies in the hole to be burned and subsequently buried,” according to court filings cited by NBC News.

Guzman has a reputation as an escape artist, having slipped out of two Mexican prisons. He escaped one prison in 2001 by hiding in a laundry cart. His most notorious prison escape came in 2015 when he spent an estimated several million dollars to have a mile-long secret tunnel constructed, reported NBC News.

Perhaps that’s why the judge in his upcoming trial reportedly denied Guzman’s request to hug his own wife, Emma Coronel Aispuro, in the courtroom before the trial in case any funny business went down.