A German cardinal lambasted the furor over the Catholic Church’s global sex abuse crisis as hypocritical, saying society perpetuates the same crimes outside the church.

Cardinal Walter Brandmueller’s comments, published Friday, come in the wake of a church-commissioned report that revealed German clergy abused no less than 3,677 people from 1964 to 2014. The report prompted an apology from one of Germany’s leading bishops, but Brandmueller was quoted Friday as telling reporters that “society is behaving pretty hypocritically” in response to the sex abuse crisis. (RELATED: Indian Nuns Detail Systematic Abuse From Priests)

“What happened in the church in terms of abuse is nothing different from what happens in society in general,” Brandmueller said, according to The Associated Press.

Brandmueller also stated that society overlooks what he believes to be the true cause of the abuse crisis: homosexuality among the clergy.

Society “forgets or silences the fact that 80 percent of the cases of sexual assault in the church affected male youths not children,” Brandmueller said according to The Local De. 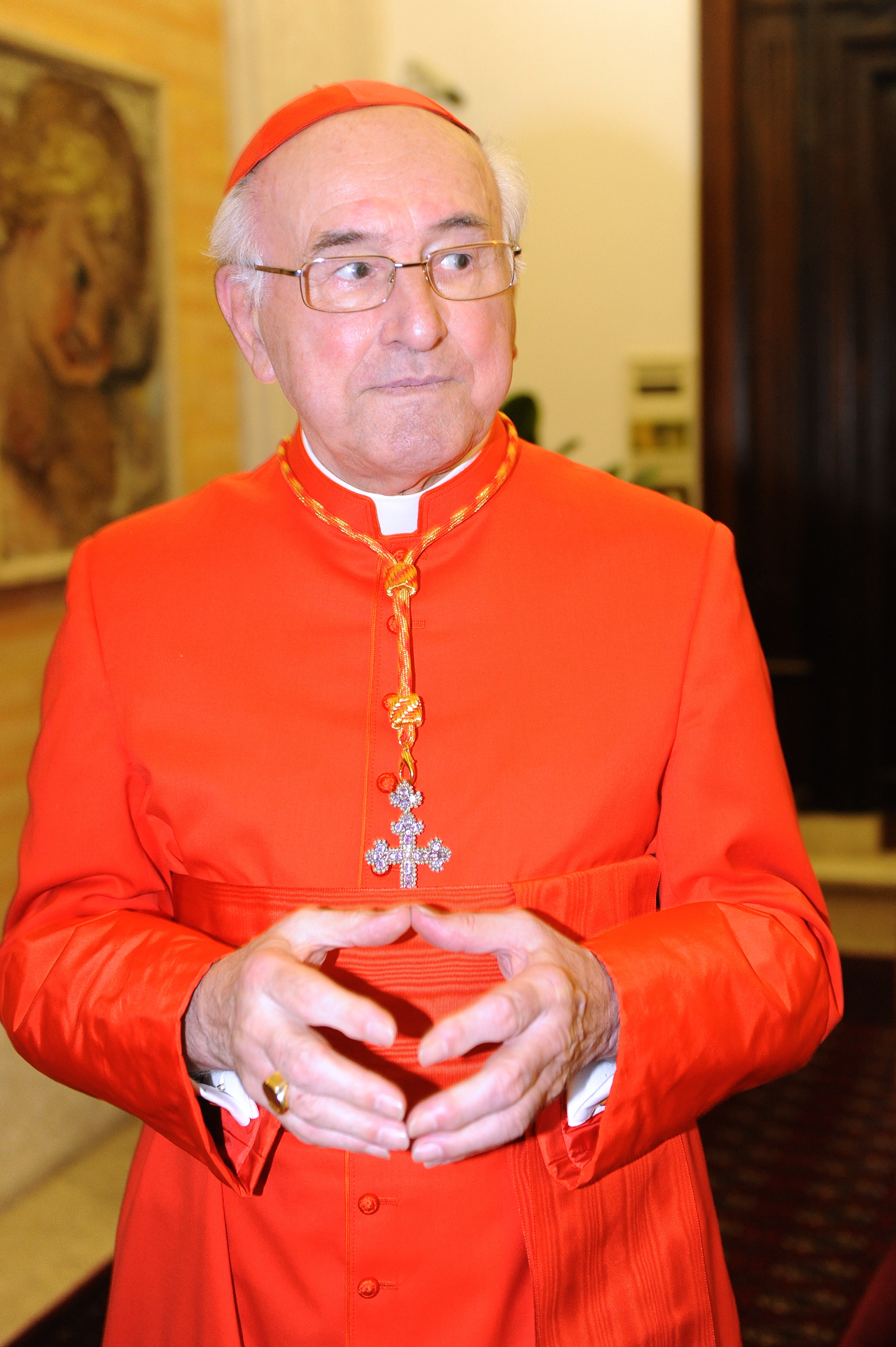 Newly appointed cardinal from germany Walter Brandmueller (C) greets visitors during the traditionnal courtesy visit after the consistory on November 20, 2010 at The Vatican. (GIUSEPPE CACACE/AFP/Getty Images)

Ulf Poschardt, editor of the German newspaper Die Welt, denounced Brandmueller’s comments on Twitter as “a disgraceful way of relativizing the guilt of the Catholic church and defaming homosexuals.”

The cardinal ultimately asserted that the more genuine scandal was not the abuse itself, but “the real scandal is that the Catholic Church hasn’t distinguished itself from the rest of society.”