Talks to end the partial government shutdown will continue throughout the weekend, including a working group headed by Vice President Mike Pence, President Donald Trump said at a press conference in the White House Rose Garden Friday.

Aide-level talks will take place over the weekend as the partial government shutdown hits its two-week anniversary. Congress helped trigger the shutdown after a short-term continuing resolution to fund the government expired on Dec. 21. At the center of the funding battle is the border wall Trump wants to build.

Trump and congressional leaders exited a White House meeting about the situation Friday with no deal to reopen the government.

Trump said he was ready to keep the government shut down for months or even years if that’s what it took to push his border security plan through, reported The Associated Press. The House passed legislation to end the government shutdown Thursday, but it did not have wall funding and was unlikely to even be brought up for a vote in the Republican-controlled Senate. (RELATED: Trump: Government Shutdown Could Last As Long As A Year)

Trump also met with congressional leaders Wednesday. He sent slides from the border security presentation to members of Congress as a letter Friday. 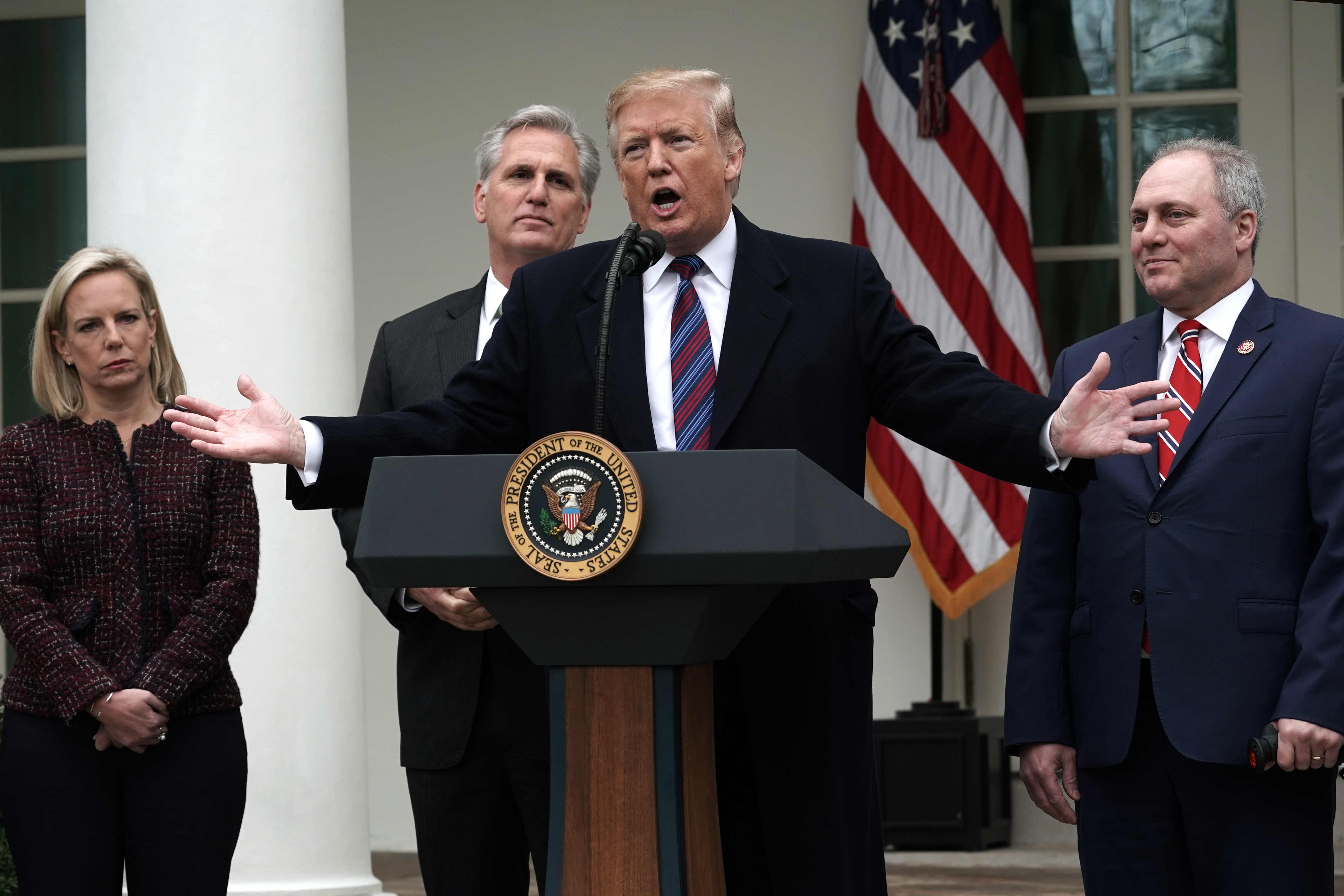 U.S. President Donald Trump speaks as he is joined by (L-R) Secretary of Homeland Security Kirstjen Nielsen, Rep. Kevin McCarthy, and Rep. Steve Scalise in the Rose Garden of the White House on Jan. 4, 2019 in Washington, D.C. (Photo by Alex Wong/Getty Images)