The Los Angeles Unified School District (LAUSD) is bracing for a massive teacher walkout scheduled for Jan. 10 by hiring hundreds of substitute teachers, but its efforts may still not be enough.

LAUSD hired nearly 400 substitute teachers in anticipation of the strike in the event that it happens. But the hired substitutes along with 2,000 credentialed district staff may not be enough to cover for the 30,000 teachers striking, the Los Angeles Times reported Friday.

“We have made plans as to alternate curriculums for days that there is a strike, but our goal is to make sure schools are safe and open, so kids continue to learn,” LAUSD Superintendent Austin Beutner said, the World Socialist Web Site reported.

Parent Terri Haywood, whose daughters attend Los Angeles Center for Enriched Studies, said school administrators told her kids will be in an auditorium or gymnasium for supervision purposes. Haywood is not expecting a lot of instruction to take place during the strike, according to the LA Times.

Haywood plans to keep her kids home and have them do assignments through education nonprofit Khan Academy online if the strikes go on for a long time, the LA Times reported. 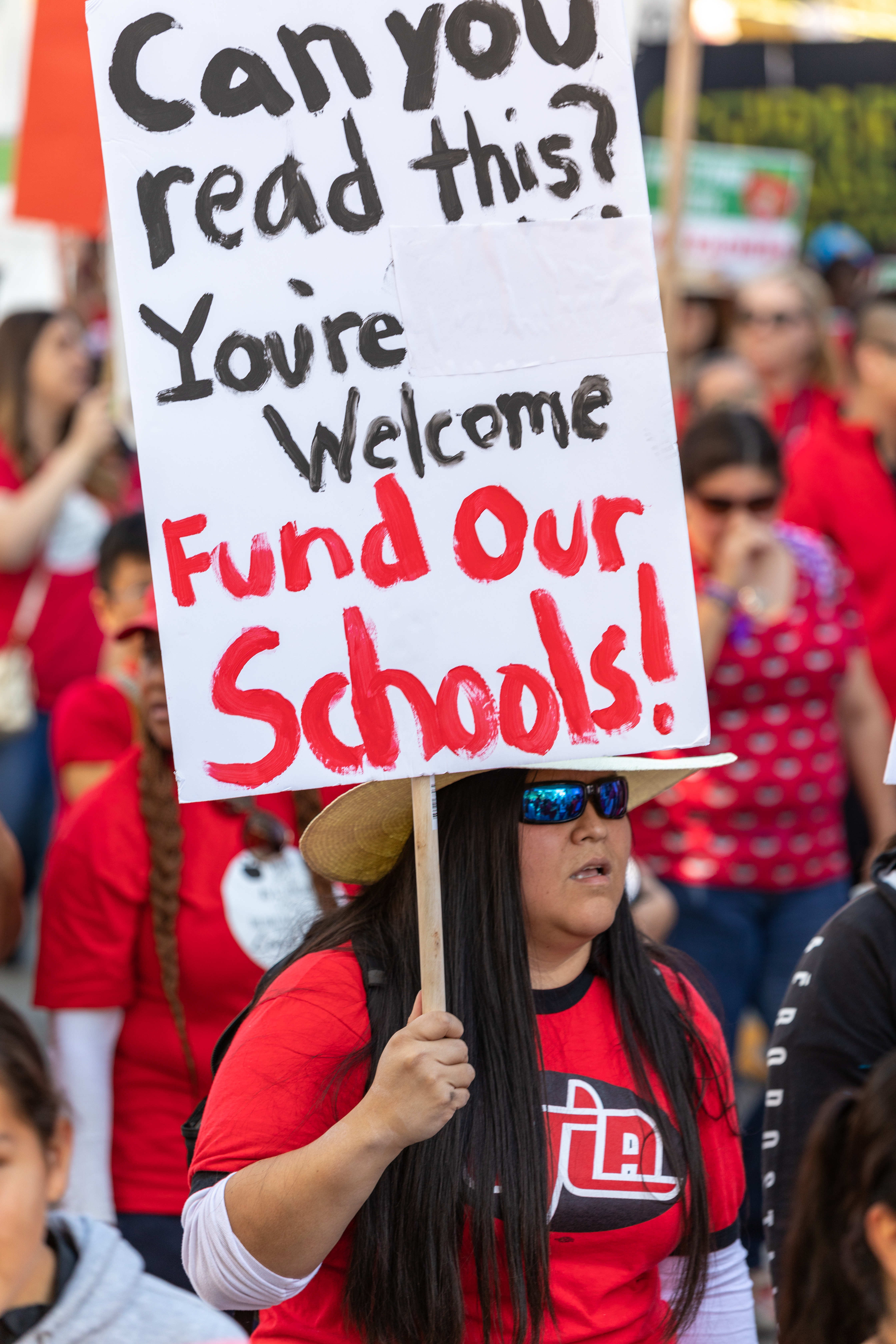 LAUSD is the second largest school district in the country, with about half a million students. The district pursued legal action to try to get teachers who work with disabled students to remain in schools, according to the LA Times. (RELATED: Classes Canceled: Nearly 7,500 Students Not In School Due To Chicago Charter School Strike)

The strike date was announced by teacher union group United Teachers Los Angeles (UTLA) on Dec. 19, 2018. UTLA claims they have been bargaining with Beutner for 20 months, but has been unsuccessful. The union wants a 6 percent salary increase and says Beutner did not give an official offer.

“In September Beutner gave the media and later UTLA an unofficial offer of a 3% raise retroactive to July 1, 2017, and an additional 3% as of July 1, 2018, but that offer comes with unacceptable strings attached, including making it harder to qualify for healthcare in retirement and requiring more work hours for already overworked educators,” UTLA said in a press release.

Other demands from UTLA include:

LAUSD and UTLA did not immediately respond to The Daily Caller News Foundation’s requests for comment.