New York Democratic Rep. Alexandria Ocasio-Cortez, a self-identified Democratic socialist, claimed the U.S. can implement her environmental agenda if the government taxes the very wealthy by as much as 70 percent.

In an interview with Anderson Cooper, Ocasio-Cortez explained how her Green New Deal proposal — which consists of fully decarbonizing the U.S. power market within just 12 years — could be made possible. The 29-year-old Democrat suggested income earners at the “tippy tops” could be taxed at a rate of 60 to 70 percent to make it work.

“It’s going to require a lot of rapid change that we don’t even conceive as possible right now,” she said on “60 Minutes,” with the full interview set to air on Sunday. “What is the problem with trying to push our technological capacities to the furthest extent possible?”

When asked by Cooper how to fund such a radical transformation of the country’s energy industry, Ocasio-Cortez pointed to past exorbitant tax rates for the super wealthy.

“You look at our tax rates back in the ’60s, and when you have a progressive tax rate system, your tax rate — let’s say from zero to $75,000 — may be 10 percent or 15 percent, etc. But once you get to, like, the tippy tops on your 10 millionth dollar, sometimes you see tax rates as high as 60 or 70 percent,” Ocasio-Cortez said. “As you climb up this ladder, you should be contributing more.” (RELATED: Ocasio-Cortez Runs When Asked If She’ll Forego Salary During Shutdown)

When Cooper suggested that such an agenda was “radical,” Ocasio-Cortez readily embraced the term, saying that only radicals have shaped the country. She even compared herself to Abraham Lincoln.

“If that’s what radical means, call me a radical,” she told the CNN host. 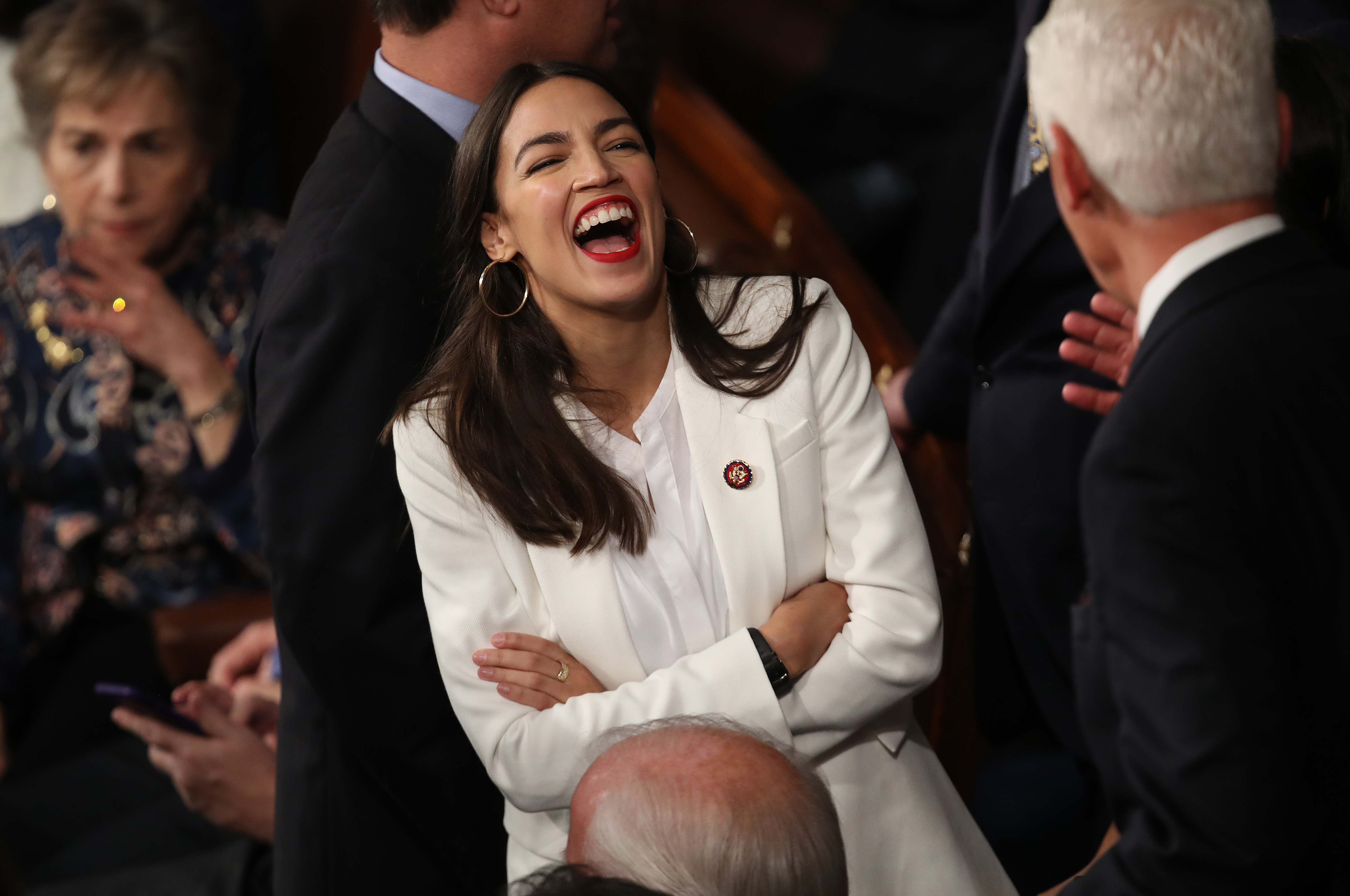 Ocasio-Cortez — who officially became a member of the House of Representatives on Thursday — has become widely known for her Green New Deal agenda. The plan is a broad set of environmental proposals that, if implemented, could cost the government trillions of dollars. Democratic leadership, however, did already meet one of her demands by reviving a Select Committee on the Climate Crisis, but the New York Democrat has lambasted the new committee for not having subpoena authority and lacking greater legislative power.

A growing number of Democrats have lined up in support of the plan, despite questions of feasibility, while other lawmakers have refrained from outright endorsements. An aide for likely 2020 presidential candidate Elizabeth Warren, for example, said earlier in January that the Massachusetts senator likes the “idea” of the Green New Deal, but did not go into further detail.