During the Wednesday segment of his show, Carlson detailed declining income opportunities for men and the impact it has in weakening marriage as an institution, given that women historically tend to marry men who make more money than they make themselves. 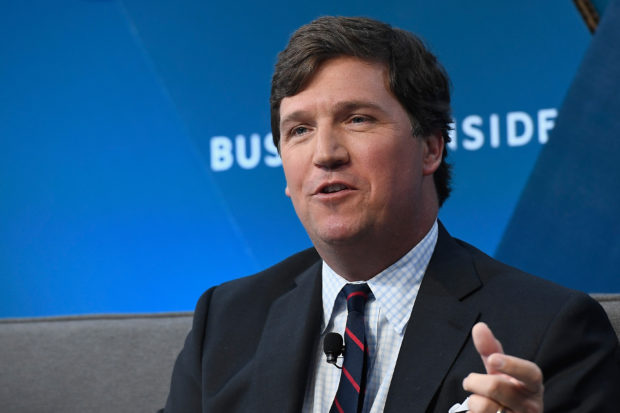 Wemple’s article also references Carlson’s Thursday night segment, quoting the Fox News host and his guest— author Heather MacDonald — with whom Carlson discussed the controversy surrounding his previous day’s statements, attempting to refute only what Wemple assumed to be Carlson’s contention that sexism was only “alleged” in the 50s. (RELATED: ‘Those People Got Very Angry’ — Tucker Rips ‘The View,’ Other Critics Of His Marriage Segment)

Then, The Washington Post columnist ended with a paragraph detailing his attempt to email Carlson about the issue, which included a portion of the Fox News host’s response.

When we first read that contention on identity, we emailed Carlson to see if he’d floated the notion with any of his female colleagues at Fox News. How did they respond? We also asked about the example of Supreme Court Justice Ruth Bader Ginsburg and her legendary — perhaps counterproductive — commitment to work. Carlson wrote back via email, “It’s not a matter of asking female co-workers, you shallow left-wing moron. It’s social science. Are men or women more likely to commit suicide after becoming unemployed? That’s the clearest measure I can give you. Not that you care. Remarkably, you still have a job.”

Interestingly, Wemple didn’t attempt to refute Carlson’s point, that men are “more likely to commit suicide after becoming unemployed.” Yet, there are plenty of studies, including this one reported on by the U.K. Independent in 2015 that linked the spike in male suicides to the recession in Great Britain.