Massachusetts Sen. Elizabeth “Pocahontas” Warren is on the move.

On Friday, she was hungry and hit up one of President Trump‘s other points of contention — Mexico, the wall. She dined at a Mexican eatery at Reagan Airport and paparazzi photog Mark Wilkins spotted her carrying a doggie bag on her way to her flight to Iowa. 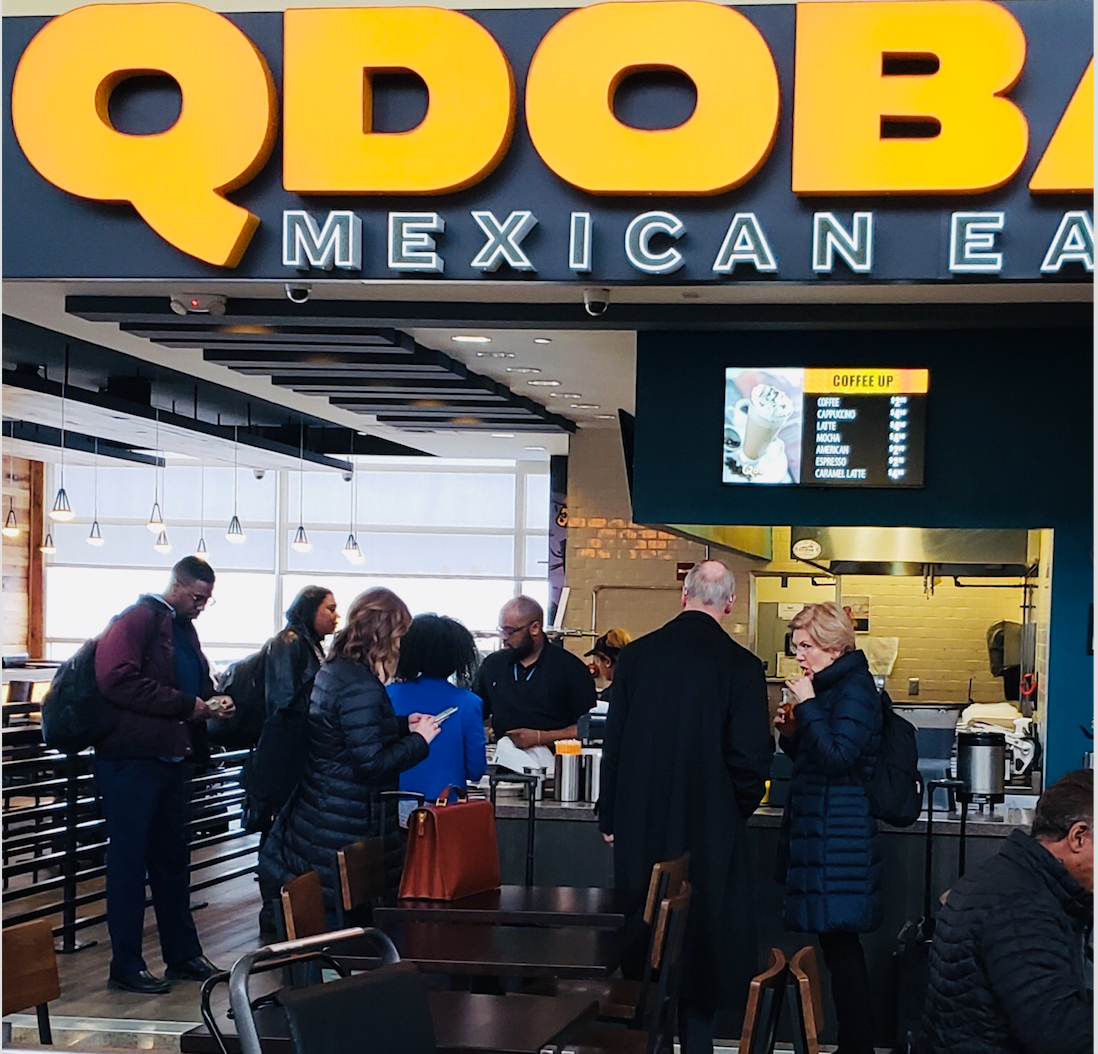 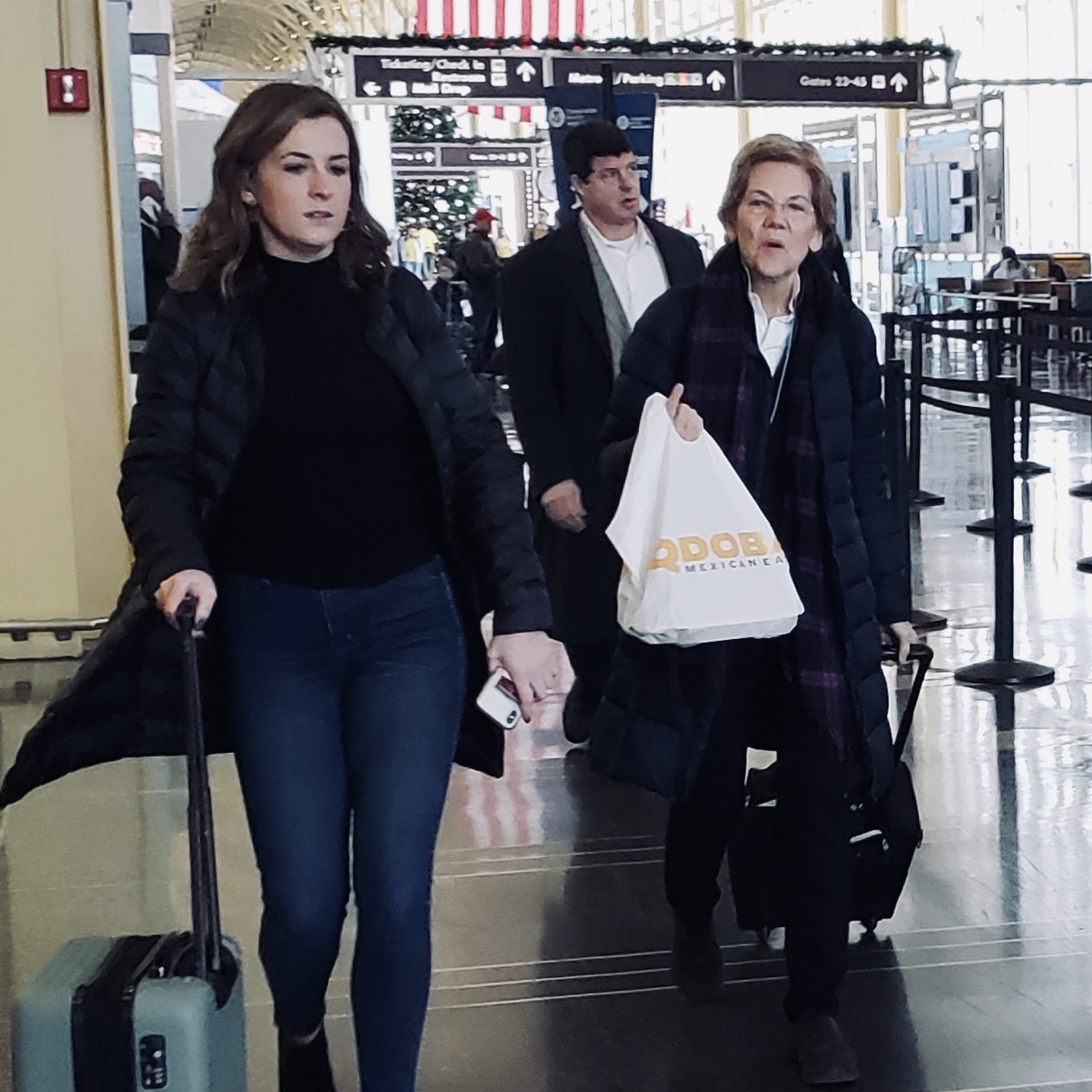 Trump has long said Mexico will pay for his famous wall.

Former Mexican Prez Vicente Fox has disagreed, saying, “We’ll never pay for that fucking wall.” On Twitter, he called Trump’s mouth “the foulest shithole in the world,” playing off Trump’s use of “shithole countries” to describe Haiti, El Salvador and Africa.

On Thursday night, the politician Trump calls “Pocahontas” for her claim that she is Native American, attended a reception at the Hyatt Regency on Capitol Hill.

The soirée was sponsored by Indian Country to honor the first Native American women elected to Congress.

They include Democratic Reps. Debra Haaland of New Mexico and Sharice Davids of Kansas.

Haaland is officially enrolled in the Pueblo de Laguna and Davids is a member of the Ho-Chunk nation.

Warren, meanwhile, said her parents told her about her Native American heritage. During her teaching career, she labeled herself as “Native “American.” In October she tried to put the matter to rest by taking a Stanford DNA test. A geneticist told her that she “absolutely” has a Native American ancestor. (RELATED: Warren links alleged heritage to Obama birtherism)

Her chances of being part Native American, however, are slim. The test shows that her possible ancestor is from six-to-10 generations ago. Warren isn’t totally nutty. She has stated publicly that she doesn’t view herself as a person of color. 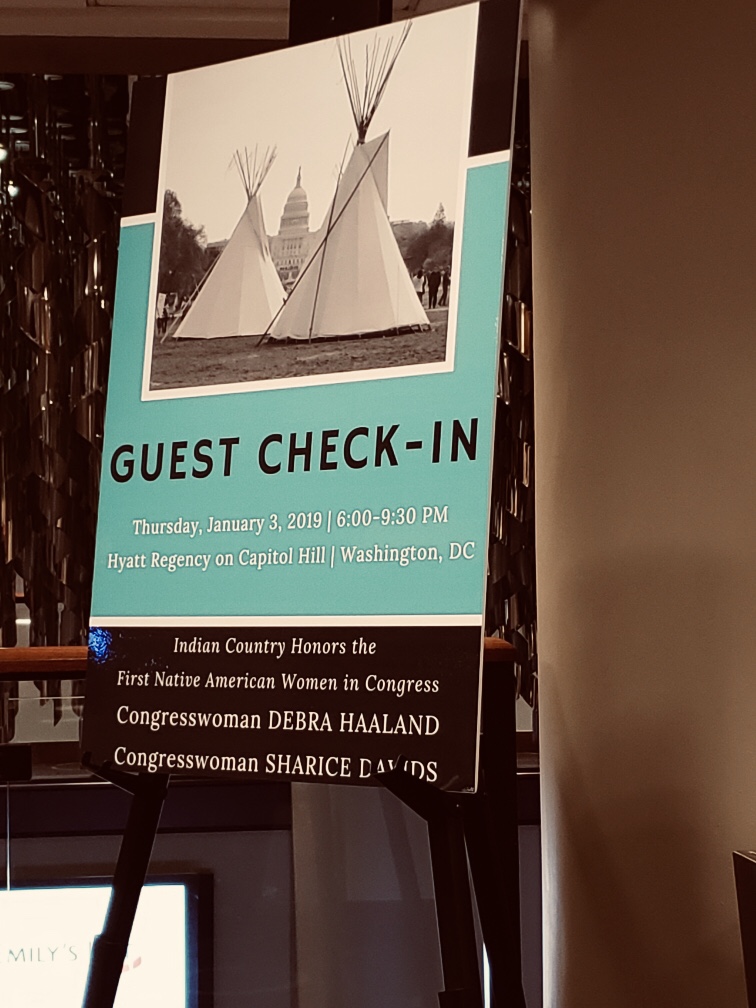