President Donald Trump went on the attack against The Washington Post and NBC News Saturday morning while tweeting about weekend talks to end the partial government shutdown.

“Great support coming from all sides for Border Security (including Wall) on our very dangerous Southern Border. Teams negotiating this weekend! Washington Post and NBC reporting of events, including Fake sources, has been very inaccurate (to put it mildly)!” Trump wrote on Twitter Saturday.

His criticism of the media outlets may stem from headlines like “Analysis: The administration is using heavily inflated numbers to argue for a border wall” and “‘I can do it if I want’: Trump threatens to invoke emergency powers to build border wall,” both from the Washington Post.

Minutes later, Trump added: “The Democrats could solve the Shutdown problem in a very short period of time. All they have to do is approve REAL Border Security (including a Wall), something which everyone, other than drug dealers, human traffickers and criminals, want very badly! This would be so easy to do!” (RELATED: Shutdown Talks Will Continue Through The Weekend)

Congress helped trigger the shutdown after a short-term continuing resolution to fund the government expired on Dec. 21. At the center of the funding battle is $5 billion for the border wall Trump wants to build.

Talks to end the partial government shutdown will continue throughout the weekend, including a working group headed by Vice President Mike Pence, Trump said at a press conference in the White House Rose Garden Friday. 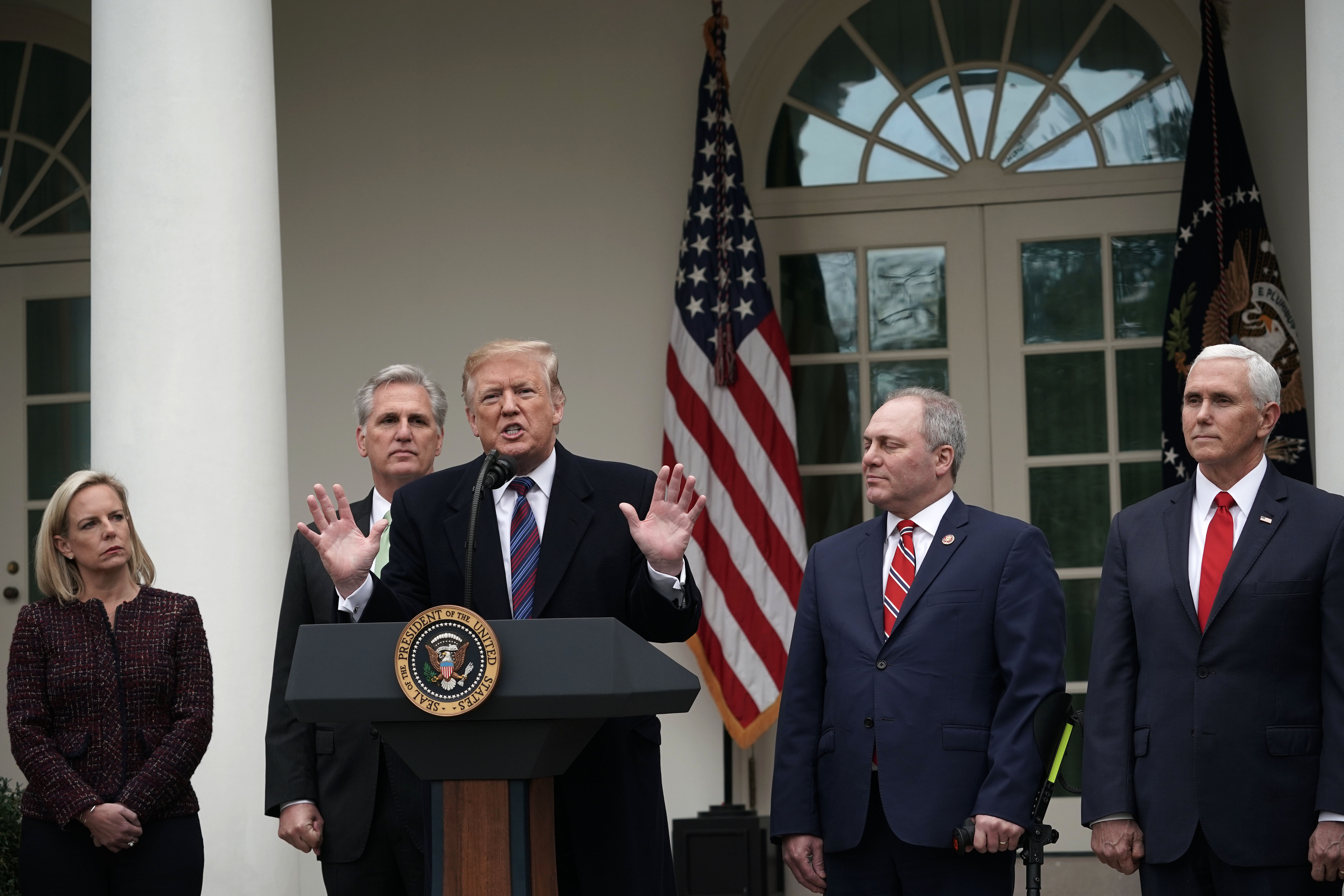 Trump said he was ready to keep the government shut down for months or even years if that’s what it took to push his border security plan through, reported The Associated Press.

Trump and congressional leaders exited a White House meeting about the situation on Friday with no deal to reopen the government.

The House passed legislation to end the government shutdown Thursday, but it did not have wall funding and was unlikely to even be brought up for a vote in the Republican-controlled Senate. (RELATED: Trump: Government Shutdown Could Last As Long As A Year)

“I am proud to shut down the government for border security, Chuck,” Trump said during a Dec. 11 meeting with Senate Minority Leader Chuck Schumer and then-House Minority Leader Nancy Pelosi.

1
Utah GOP Considering Resolution Calling For Mitt Romney To 'Immediately Resign' From Office
Politics
2
Hunter Biden Was On Board Of Trade Coalition Lobbying Obama Admin On Ukraine Aid
Investigative Group
3
Trump Reignites Pledge To 'Drain The Swamp' With Latest Staff Shakeups
Analysis
4
'I Can Teach Anybody ... To Be A Farmer': Here's A Flashback To Bloomberg Belittling Agriculture, Factory Workers
Politics
5
Ryan Newman Rushed To Hospital After Fiery Crash At Daytona 500
Sports