A bomb exploded outside of a church in Cairo Saturday, killing the policeman trying to defuse it and wounding two other officers.

Egypt’s Interior Ministry announced officer Mustafa Abid’s death, saying the explosive device that killed him was one of two concealed inside of a suitcase left on the roof of a building near the church, according to BBC. While the Egyptian government has already tightened security for churches, with armed guards, identity checks and metal detectors, Saturday’s blast has heightened concerns for Egyptian Christians’ celebration of Orthodox Christmas on Jan. 7. (RELATED: Egypt Sentences ISIS Supporter To Death For Murdering Christian Doctor)

Egypt’s increase in church security comes in response to a series of attacks from the Islamic State on Coptic Christians throughout the country. Islamic militants are responsible for the murders of over 100 Egyptian Christians since 2016. While no one immediately claimed responsibility for the most recent bomb, it bears similarities to past ISIS attacks according to The Associated Press. 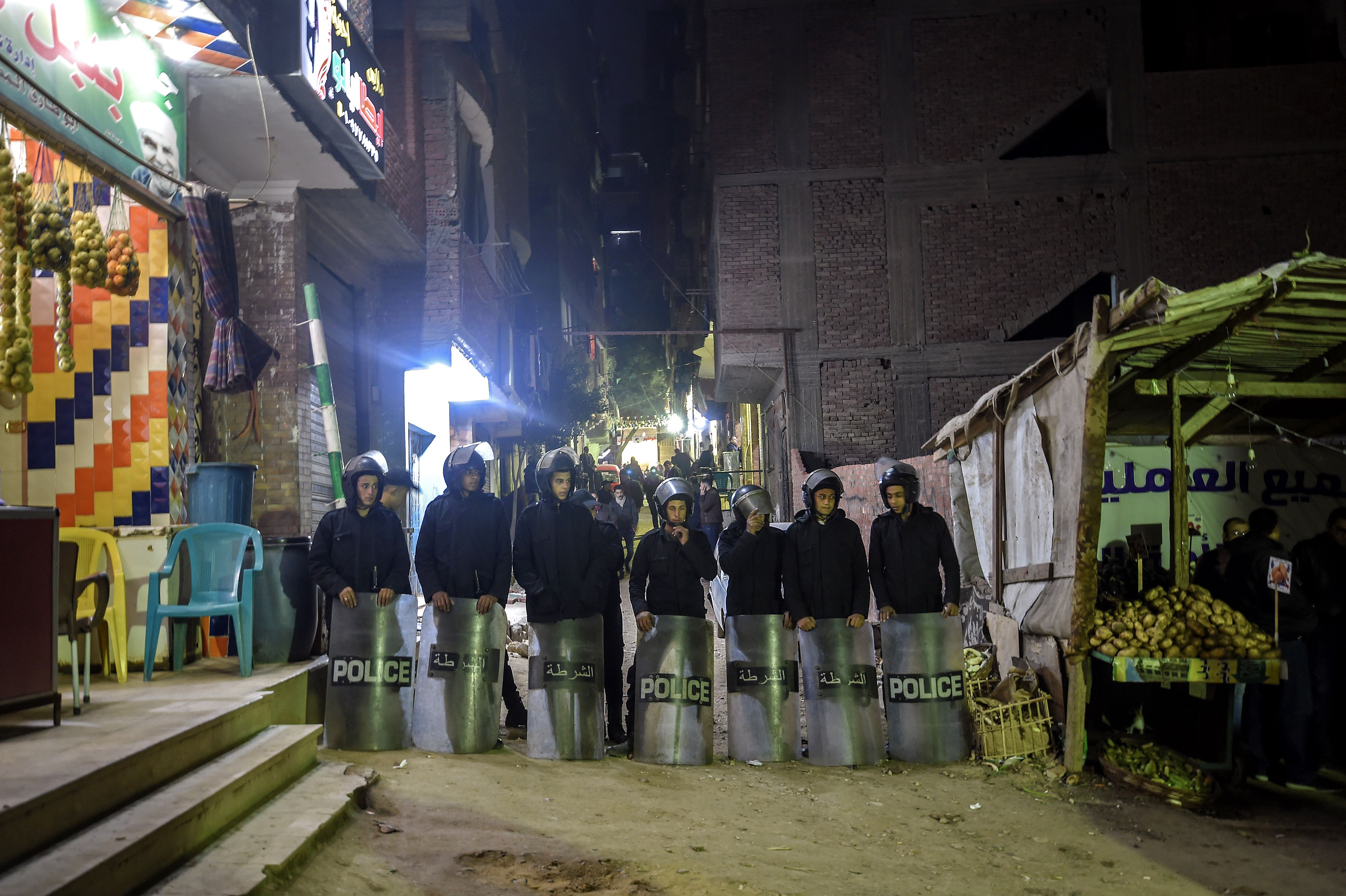 Security forces guard a street leading to the church were an explosion occurred leaving one casualty, in Cairo on Jan. 5, 2019. (MOHAMED EL-SHAHED/AFP/Getty Images)

ISIS has targeted Christians in the country not only because it believes them to be enemies of Islam, but also to punish them for their open support of Egyptian President Abdel-Fattah el-Sissi, who has worked to overtly root out Islamic extremists from Egypt. The Egyptian president is scheduled to open the Cathedral of the Nativity outside Egypt’s capital on Sunday.

He has repeatedly expressed his desire to protect Coptic Christians, though many in Egypt’s Christian community have grown impatient with his administration over what they see as a consistent failure to defend them from terrorist attacks.