U.S. President Donald Trump applauded Egypt and its president Sunday for opening the largest Christian church in the Middle East to date, a move that comes after a myriad of attacks against the religious sect in a majority Muslim country.

“Excited to see our friends in Egypt opening the biggest Cathedral in the Middle East. President El-Sisi is moving his country to a more inclusive future!” Trump tweeted Sunday.

The Cathedral of the Nativity can hold over 8,000 prayer-goers and is decorated with Coptic icons and symbols, according to Reuters.

Egyptian President Abdel-Fattah el-Sissi inaugurated the cathedral’s opening, only a day ahead of Monday’s Orthodox Christmas, celebrated by Egyptian Christians. El-Sissi has repeatedly promised to protect Coptic Christians, and is “trying to change the system,” according to Christian Today.

“On this day we see you have fulfilled this promise and here we are witnessing a great opening on this grand occasion,” the head of the Coptic church, Pope Tawadros II, said, Reuters reported.

The pope will hold a midnight mass Sunday in honor of the cathedral’s opening, according to Reuters. El-Sissi will attend the mass. 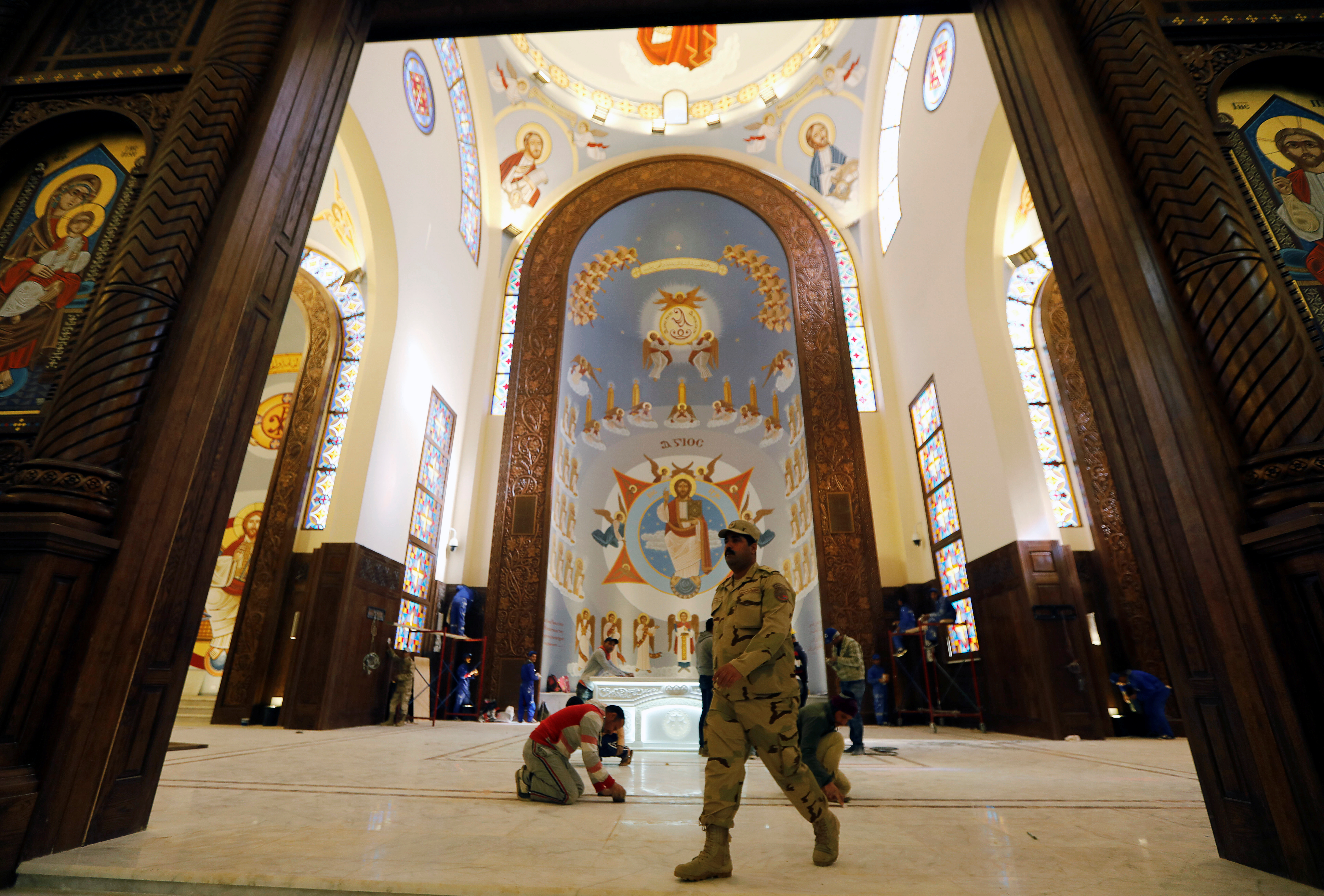 An army soldier walks near workers cleaning the interior of the new Coptic Cathedral of the Nativity in the New Administrative Capital (NAC) east of Cairo, Egypt Jan. 3, 2019. REUTERS/Amr Abdallah Dalsh

Close to 10 percent of Egypt’s roughly 100 million people are Coptic Christians, according to Reuters.

A policeman was killed and two others injured Saturday after a bomb exploded outside of a church in Cairo, BBC reported. The bomb follows a number of terrorist attacks carried out against Christians in Egypt. Over 100 Egyptian Christians have been killed by Islamic extremists since 2016.

Christians are the enemy of Islam, according to Islamic State members who believe it is their duty to wage jihad against the enemy. Egyptian Christians have also strongly supported el-Sissi who seeks to oust Islamic militants from the country.

The Cathedral of the Nativity sits roughly 28 miles east of Cairo, according to Reuters.