A series of new reports reveal the full extent to which Democratic operatives engaged in a social media disinformation campaign targeting Alabama voters ahead of a special election campaign in 2017.

Operatives created a “Dry Alabama” Facebook page with a blunt message attached: Alcohol is evil and should be prohibited. The page included images of car wrecks and ruined families, the report notes. Its contents were targeted at business conservatives who are inclined to oppose prohibition.

One person who worked on the project, Matt Osborne, believes that such tactics should be made illegal but is not willing to give them up so long as Republicans are engaging in similar antics. He said Democrats must do whatever is necessary to rebut conservative memes made popular during the 2016 election.

“If you don’t do it, you’re fighting with one hand tied behind your back,” said Osborne, a writer and consultant who lives in Alabama. “You have a moral imperative to do this — to do whatever it takes.” Osborne believes conservatives use similar techniques to stoke conspiracy theories about former Secretary of State Hillary Clinton’s failed presidential bid. 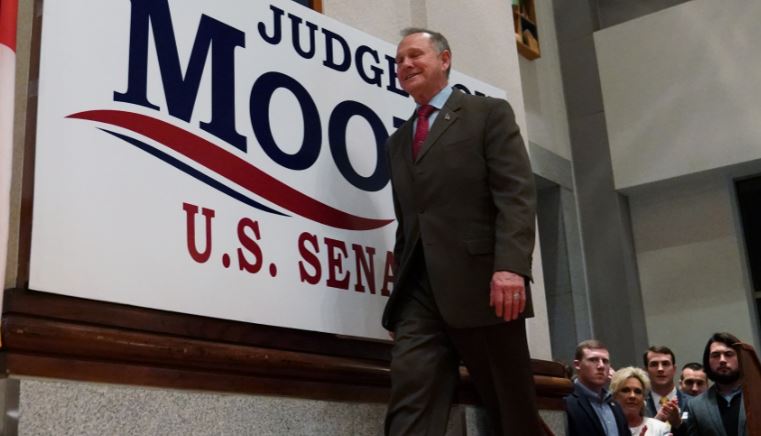 The Washington Post, for its part, obtained a document Sunday describing the so-called Project Birmingham as being “a digital messaging operation to influence the outcome of the AL senate race” by targeting hundreds of thousands of likely voters with messages on social media platforms while disguising the fact that the effort was designed to help Moore’s opponent, Doug Jones.

Jones, who narrowly defeated Moore, has previously stated that his campaign was unaware of the project and is also calling for an investigation into who is behind the antics. Political analysts believe allegations that Moore sexually assaulted underage women three decades earlier likely played a larger part in his loss. But the misinformation project worked like a charm in at least one respect.

It attracted attention from local and national media, falsely suggesting Russia was backing Moore’s candidacy. The Montgomery Advertiser, for one, was the first to cover the story using the Russian-bot angle. National media outlets quickly followed suit. (REPORT: Facebook Dings Dem Operatives Who Pulled A Fast One During Alabama Election)

“Roy Moore flooded with fake Russian Twitter followers,” read the headline on a New York Post story, which cited the Advertiser. WaPo focused its reporting on that fact that Moore blamed Democrats for the fake accounts. Other major national outlets picked up on the story shortly thereafter, with many pundits mocking Moore for blaming Democratic operatives.

The cost of the effort, which was funded by liberal billionaire Reid Hoffman, totaled $100,000 — the identical amount Facebook says the Russian Internet Research Agency spent trolling people on social media leading up to the 2016 presidential election. The NYT’s Monday reporting suggests the campaign to convince people that prohibition was on the docket likely cost another $100,000 but was paid through wealth Virginia donors.

“There was a feeling after the Trump election that Democrats hadn’t prioritized tech, that Republicans had built this amazing juggernaut machine,” said DiResta, who briefly advised AET before becoming worried about the group’s lack of transparency. “The right wing was running a meme war, and there were these crazy dirty tricks. People wanted to build countermeasures.”