The partial government shutdown that began on Dec. 22 has lasted 17 days and could be tied with the second-longest funding gap in U.S. history if it lasts until Tuesday.

A funding gap that began on Sept. 30, 1978 ended after 18 days. That shutdown was sparked when former President Jimmy Carter vetoed a defense bill he viewed as wasteful. He went back and forth with Congress, even though both chambers were Democrat-controlled, and finally won out on Oct. 18, 1978, according to USA Today.

President Donald Trump wrote on Twitter that “not much headway” was made during Saturday talks to end the partial government shutdown.

The current shutdown is now more than two weeks old and was triggered after a short-term continuing resolution to fund the government expired on Dec. 21. At the center of the funding battle is $5 billion for the border wall Trump wants to build. (RELATED: Trump Calls Out WaPo And NBC News As Weekend Shutdown Talks Start Up)

The only funding gap longer than the one that began on Sept. 30, 1978 began on Dec. 16, 1995 and lasted for 21 days. It occurred when former President Bill Clinton refused to cut spending and was hamstrung when former Republican House Speaker Newt Gingrich refused to raise the debt ceiling, according to USA Today.

Clinton won out according to most accounts by submitting a seven-year balanced budget plan. Gingrich was ridiculed by the media when he said he had been willing to shut down the government twice in 1995 because he felt he had not been given the respect he deserved during a trip on Air Force One. 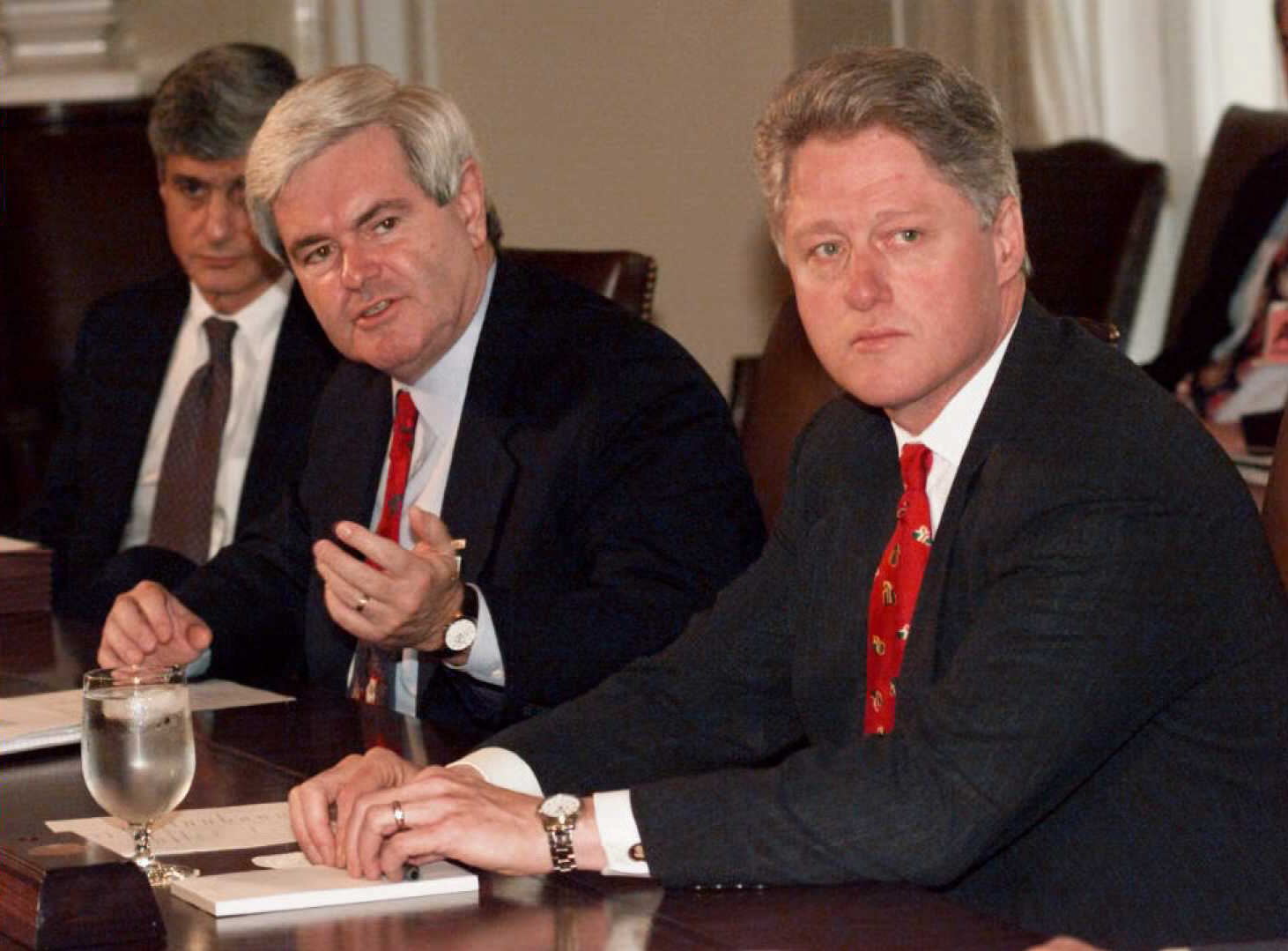 Partial government shutdowns triggered by funding gaps aren’t altogether rare. Eighteen funding gaps have occurred since fiscal year 1977, ranging in duration from one day to 21 full days, according to the Congressional Research Service.

1977 was also the year that saw the most days of partial government shutdowns — there were three shutdowns that added up to a total of 28 days during that year of the Carter administration.

Trump has indicated the current shutdown could last for months or even a year.