In one of the wildest story in sports history, two Turkish NBA stars are engaged in a feud about the despotic leader of their once-democratic homeland.

Hedo Türkoğlu, who came to fame by leading the Orlando Magic to the 2009 NBA Finals with his electric three-point shooting and spent over 15 years in the league, has now become the chief adviser to Turkey dictator Recep Erdogan. (RELATED: Erdogan Cracks Down On Onions In Turkey)

After current New York Knicks forward Enes Kanter — a prominent anti-Erdogan activist — announced he was skipping the Knicks’ game against the Washington Wizards in London due to fears of assassination, Türkoğlu fired back, accusing Kanter of running a “smear campaign” against the Islamic dictator. 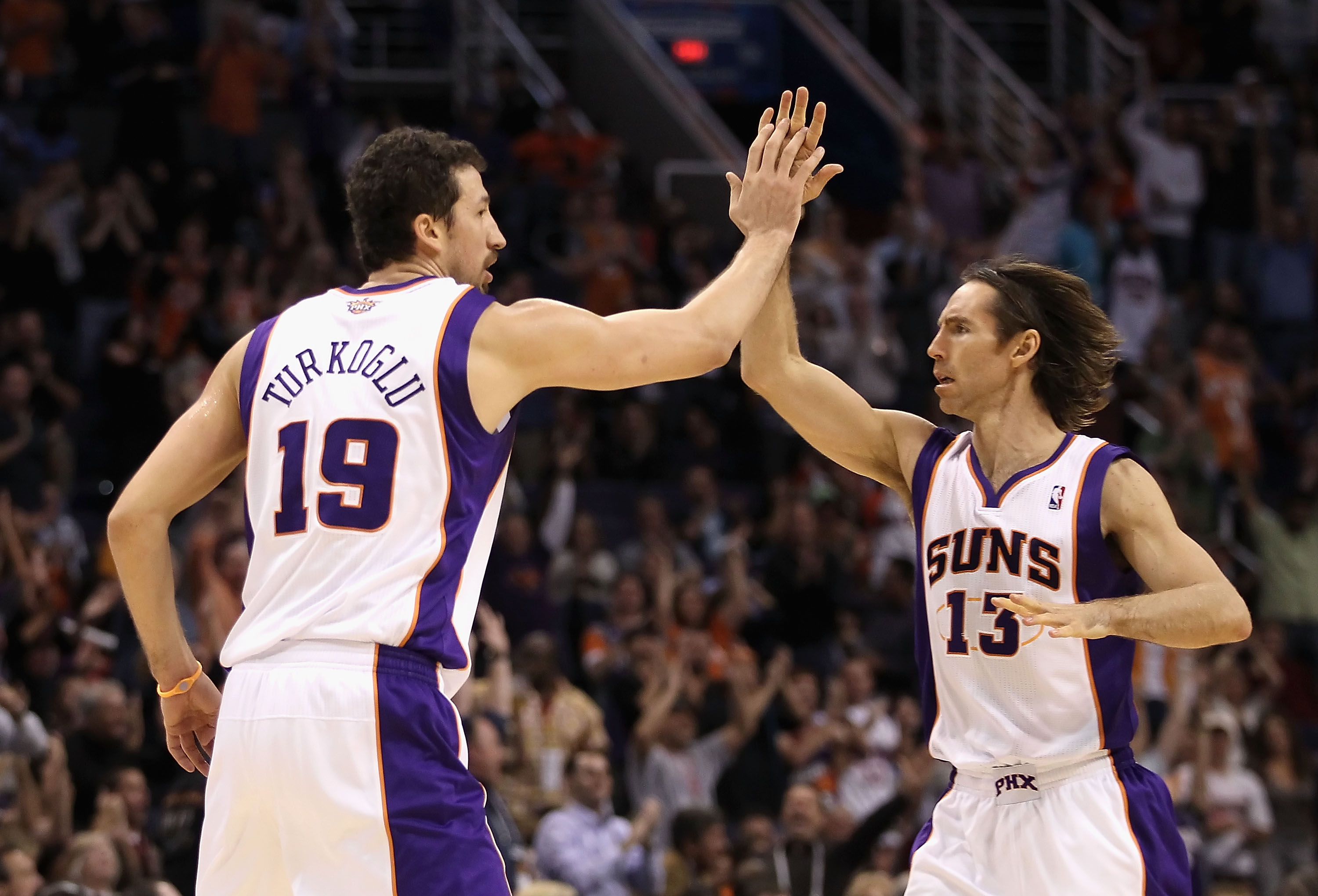 PHOENIX – NOVEMBER 15: Hedo Turkoglu #19 of the Phoenix Suns high-fives teammate Steve Nash #13 after Turkoglu hit a three point shot against the Denver Nuggets during the NBA game at US Airways Center on November 15, 2010 in Phoenix, Arizona. (Photo by Christian Petersen/Getty Images)

“Such remarks constitute another example of the political smear campaign Kanter has been conducting against Turkey,” Türkoğlu said in a statement. “It’s obvious that this person’s remarks are irrational and distort the truth.”

Kanter fired back, accusing Türkoğlu of being a “lapdog” for Erdogan.

“They’re probably making him do it,” Kanter said during a media availability. “He’s kind of like his puppy dog. Lapdog is better. He probably got so much money for that.”

Kanter has become public enemy number one inside Erdogan’s inner circle for his harsh criticism of the regime. Kanter’s family was even forced to disown him.

Kanter has been wanted for arrest in his home country for over a year.