Democratic lawmakers are refusing to negotiate with the White House over funding for a proposed wall along the U.S. southern border unless the government is reopened, Vice President Mike Pence told reporters Monday in a briefing at his ceremonial office.

“It’s time for the Democrats to start negotiating,” the vice president repeatedly declared.

Pence told reporters he met with the Democratic congressional leaders’ senior staffers throughout the weekend and was told simply that they would not have a negotiation if the government remained partially closed. The vice president emphasized that President Donald Trump would not agree at this time to reopen the border without a comprehensive deal to end the government shutdown. (RELATED: Trump Refuses To Budge In Shutdown Demand: ‘As Long As It Takes’)

The dispute between the White House and the Democrats centers on Trump’s demand for 5.7 billion dollars of border wall funding. Democratic lawmakers say they will offer the president no more than 1.6 billion dollars in funding, and stipulate that the funding continently cannot be used to fund a concrete border wall.

Pence told reporters that the administration as a means of negotiation is willing to opt for a steel barrier fence along the border instead, but are holding fast at their demand for 5.7 billion dollars.

Trump is betting that by demanding a see-through steel barrier along the border and by changing its nomenclature that Democrats can claim a victory in changing his demands and still provide funds for border security. The White House is also including appropriations requests for humanitarian assistance dollars within a comprehensive border security package, which Pence said was a concern raised by Democrats in his meetings with them. 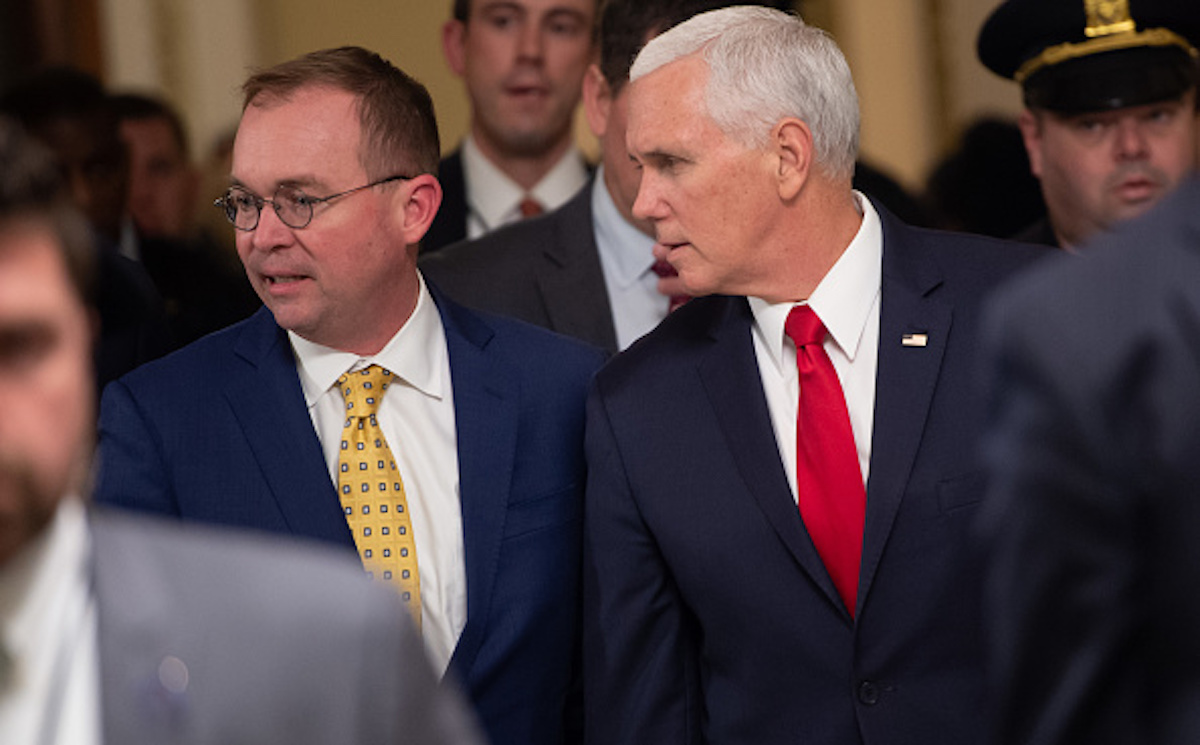 A threatened shutdown of the US government would see hundreds of thousands of federal employees furloughed and many more working without pay. President Donald Trump warned Friday, March 21, 2018 that a shutdown could last a “very long time” unless Democrats in the Senate join Republicans and approve funding for the border wall with Mexico.
Unless a last-minute deal is reached the government will shut down at midnight

Acting White House Chief of Staff Mick Mulvaney also noted the perceived political benefit of calling for a steel barrier to NBC News saying Sunday, “If he has to give up a concrete wall, replace it with a steel fence in order to do that so that Democrats can say, ‘See? He’s not building a wall anymore,’ that should help us move in the right direction.”

.@POTUS sent the slides of a border security briefing to every Member of Congress after the Wednesday White House meeting when Democratic lawmakers were uninterested in seeing them pic.twitter.com/oIWOHoUmKB