American-backed forces say they apprehended a former Texas school teacher Sunday who was fighting for the Islamic State.

He allegedly previously sent a résumé and cover letter to ISIS, seeking to teach young students about the group’s violent ideology.

“Dear Director, I am looking to get a position teaching English to students in the Islamic State,” Clark allegedly wrote in a letter to ISIS, according to documents recovered by American forces.

Clark has reportedly been associated with ISIS since after June 2015, according to The NYT. Prior to pledging allegiance to ISIS, Clark taught English in Saudi Arabia and Turkey, documents reveal.

Roughly 250 Americans have traveled to Syria or Iraq to join ISIS since fall 2015, according to a December 2015 report from George Washington University’s Program on Extremism. U.S. authorities have charged 71 Americans with ISIS-related activities since March 2014, according to the report.

Few Americans who defected to ISIS have been caught and brought back to the U.S. Only four Americans have been captured fighting in Syria and Iraq, The NYT reported. (RELATED: Former Christian Altar Boy Opens Up About Why He Joined ISIS, ‘Right Of Revenge’)

Hundreds of ISIS members have also defected from the extremist group after realizing the nature of the organization and its activities are not what they believed upon joining, The Guardian reported. Many have fled to Turkey from Syria in an effort to save themselves and their families. 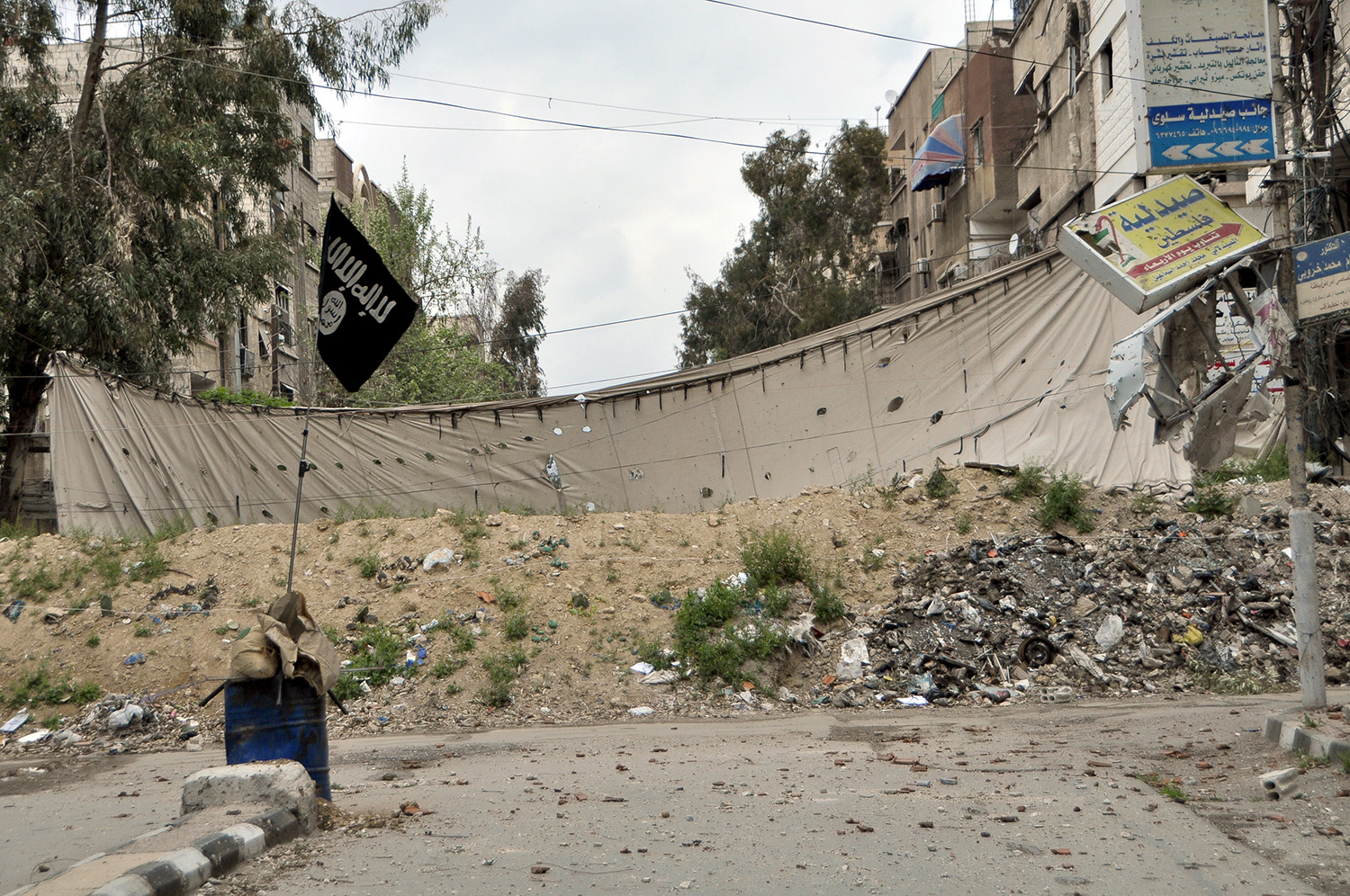 An Islamic State flag is seen near a barricade, which serves as protection from snipers of forces loyal to Syria’s President Bashar al-Assad, April 10, 2015. REUTERS/Moayad Zaghmout

Clark’s father, Warren Clark, rejects the allegations that his son is working for ISIS. “My son would not be involved in anything along those lines,” he said, according to The NYT. “My son doesn’t have an evil thought in his mind about hurting anyone,” he added.

A second man, Zaid Abed al-Hamid, was apprehended along with Warren Christopher Clark, according to Syrian Democratic Forces (SDF). Both men were seized amid an operation in northern Syria, according to SDF.

U.S. authorities believe Al-Hamid is a native of Trinidad and has been an active Islamic extremist since 2011.

Up to 30,000 ISIS militants remain active throughout Iraq and Syria, according to a summer 2018 Pentagon assessment.