The Supreme Court has adopted a pro-arbitration bent in recent years. Arbitration is a dispute resolution process that takes place outside courts. Advocates of arbitration say it provides for the settlement of controversies without the time and expense of litigation.

The legal question in Tuesday’s case was fairly straightforward: The Court had to determine who decides whether frivolous matters can reach arbitration in the first place — an arbitrator or a court.

The case arose in a contract dispute between a dental equipment distributor and a manufacturer. Their contract provides that disputes arising from the agreement will be resolved in arbitration, except in instances where one party is seeking an injunction.

A federal judge in Texas sided with the distributor, and the 5th U.S. Circuit Court of Appeals affirmed that decision. Even though arbitrators generally decide which matters proceed to arbitration, the lower court said judges — not arbitrators — can make that decision if a claim to arbitration is “wholly groundless.” 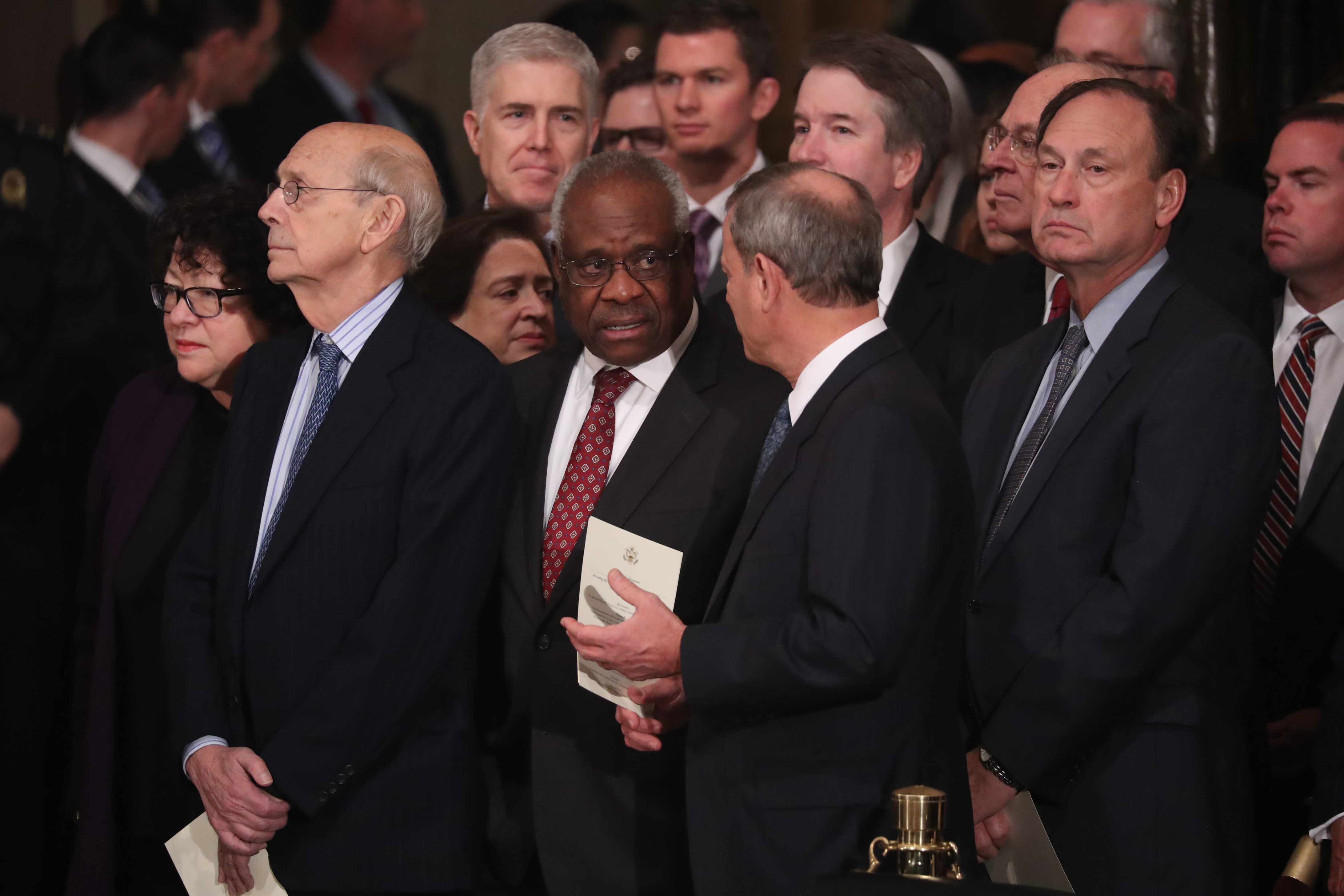 “The Act does not contain a ‘wholly groundless’ exception, and we are not at liberty to rewrite the statute passed by Congress and signed by the president,” Kavanaugh wrote. “When the parties’ contract delegates the arbitrability question to an arbitrator, the courts must respect the parties’ decision as embodied in the contract.”

“We may not engraft our own exceptions onto the statutory text,” he wrote elsewhere in the eight-page decision.

There have been exceptions to this convention, however. Justice Elena Kagan’s maiden decision drew a dissent from the late Justice Antonin Scalia.

Justice Ruth Bader Ginsburg was not present when Kavanaugh read his decision from the bench Tuesday. She continues to recuperate from a Dec. 21 procedure to treat a cancerous growth in her lungs.