Canadian lawmakers revealed Monday that of the 13 Canadians detained in China since December, many have not been told what charges they face.

Canadian and Chinese officials engaged in what Canadian Senator Joseph Day told reporters was a rather frank meeting Monday in Shanghai regarding the detentions.

“The gist of the message is that the executive branch of Canada has asked for their immediate release,” Day said, according to The Guardian. “They haven’t been informed of what charges there might be against them, they haven’t had open access to their lawyers. We told them [the Chinese officials] that by any international standard that is not fair.”

Three of the detentions, Kovrig, Spavor and Sarah McIver, have been made publicly known, but a statement from Global Affairs Canada according to CTV News revealed that China has detained an additional 10 Canadians in the past month, of which eight have been released. (China Promised The US A Lot On Trade, And Trump Team Is Holding Its Feet To The Fire To Follow Through)

McIver, who was teaching English in the country at the time of her detention, has been released.

China in turn demanded to know why Meng was arrested Dec. 5 in Vancouver. The U.S. requested the arrest as it investigates whether Huawei violated U.S. trade sanctions, a move that angered Beijing and reportedly may have triggered the Canadian detentions in China. 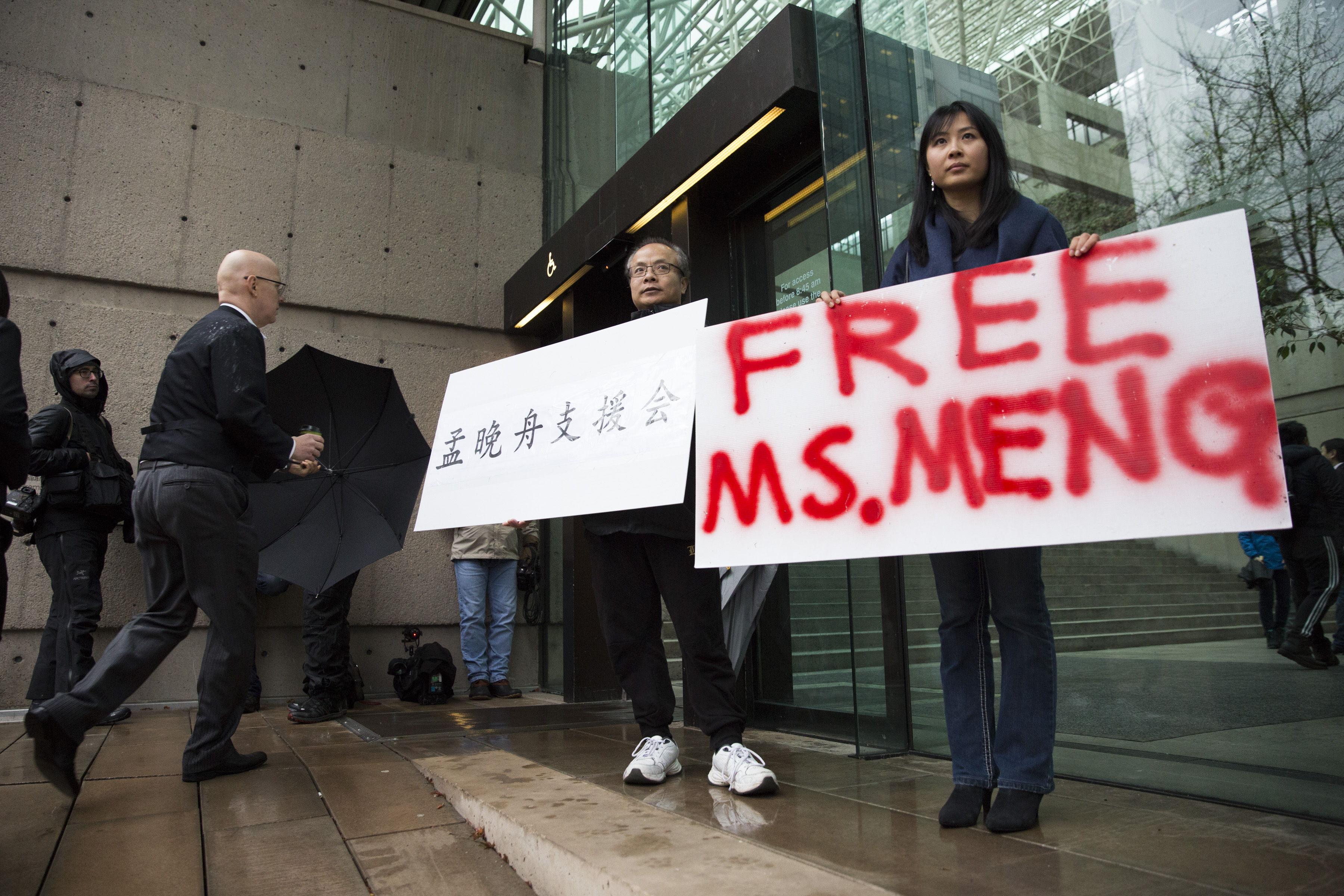 Meng, the 46-year-old daughter of the company’s founder, was detained while changing planes and now faces extradition to the U.S. on fraud charges.

U.S. President Donald Trump and Canadian Prime Minister Justin Trudeau discussed various diplomatic and political issues on the phone Monday, one in which involved the two leaders reportedly vowed to respect the rule of law while not outwardly mentioning Meng’s name.

Trudeau thanked Trump for his “strong statements of support” in response to China’s “arbitrary detention” of Kovrig and Spavor.

“The two leaders agreed to continue to seek their release,” a summary of the phone call stated.