Superstar rapper Common said he and the black community, as a whole, failed the alleged sexual assault survivors of R. Kelly by remaining silent.

“But let me just say this: R. Kelly … has [an] issue that has to really, really be worked on,” he added. “Some deep and dark, heavy issues, and you know I’m not into one to judge him. But I’m not condoning that ever.”

Common continued, “For the survivors, I just feel, like, a lot of compassion for them. We failed as a community because we knew that these things were happening. And instead of trying to be like, ‘Yo, let’s go try to resolve this situation and free these young ladies’ … I am guilty of that too myself because I didn’t stop and speak against it.”

“We failed our communities as black people,” he added. “We should have been caring about our young ladies. We stopping that cycle. But I think people are aware. We live and learn.” (RELATED: Fans Don’t React To R. Kelly’s Boycott Over Sexual Abuse Allegations The Way You’d Expect)

The comments came in light of the Lifetime docu-series titled “Surviving R. Kelly” that focuses on domestic and sexual abuse allegations against the disgraced performer from several accusers. There have also been news reports that Kelly allegedly held women and girls against their will in a “sex cult.” The rapper has denied all allegations. 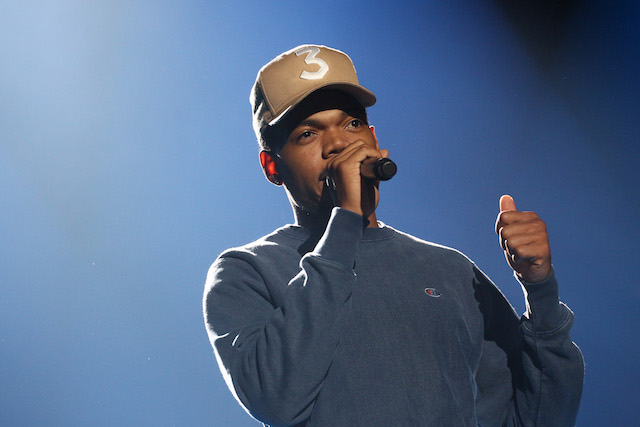 Chance The Rapper tweeted an apology over the weekend that he, too, was sorry to the survivors for working with R. Kelly in response to an article from Page Six that claimed Chance, who was featured in the series, said it was a mistake to have worked with the hitmaker.

“Making a song with R. Kelly was a mistake,” the “No Problem” rapper told “Cassius” Jamilah Lemieux, the outlet reported.

“The quote was taken out of context, but the truth is: any of us who ever ignored the R. Kelly stories, or ever believed he was being set up/attacked by the system (as black men often are) were doing so at the detriment of black women and girls,” the 25-year-old rapper tweeted in a message. “I apologize to all his survivors for working with him and for taking this long to speak out.”