Journalists were quick to take to Twitter and the airwaves as soon as President Donald Trump’s primetime plea for a border wall was broadcast Tuesday evening.

“I see the president’s face but I hear Stephen Miller’s voice,” tweeted Maggie Haberman of The New York Times, referring to Trump’s senior policy advisor who has defended shutting down the government for border security. (RELATED: See How The Shutdown Racks Up Against The Longest In History)

“How is this a call for bipartisanship?” she added.

Other journalists appeared in network fact checks between Trump’s address and Democrats’ rebuttal.

“Just because you say it’s a crisis doesn’t necessarily make it one,” Cecilia Vega of ABC News said, referencing Trump’s characterization of the issue as a “crisis at our southern border.” 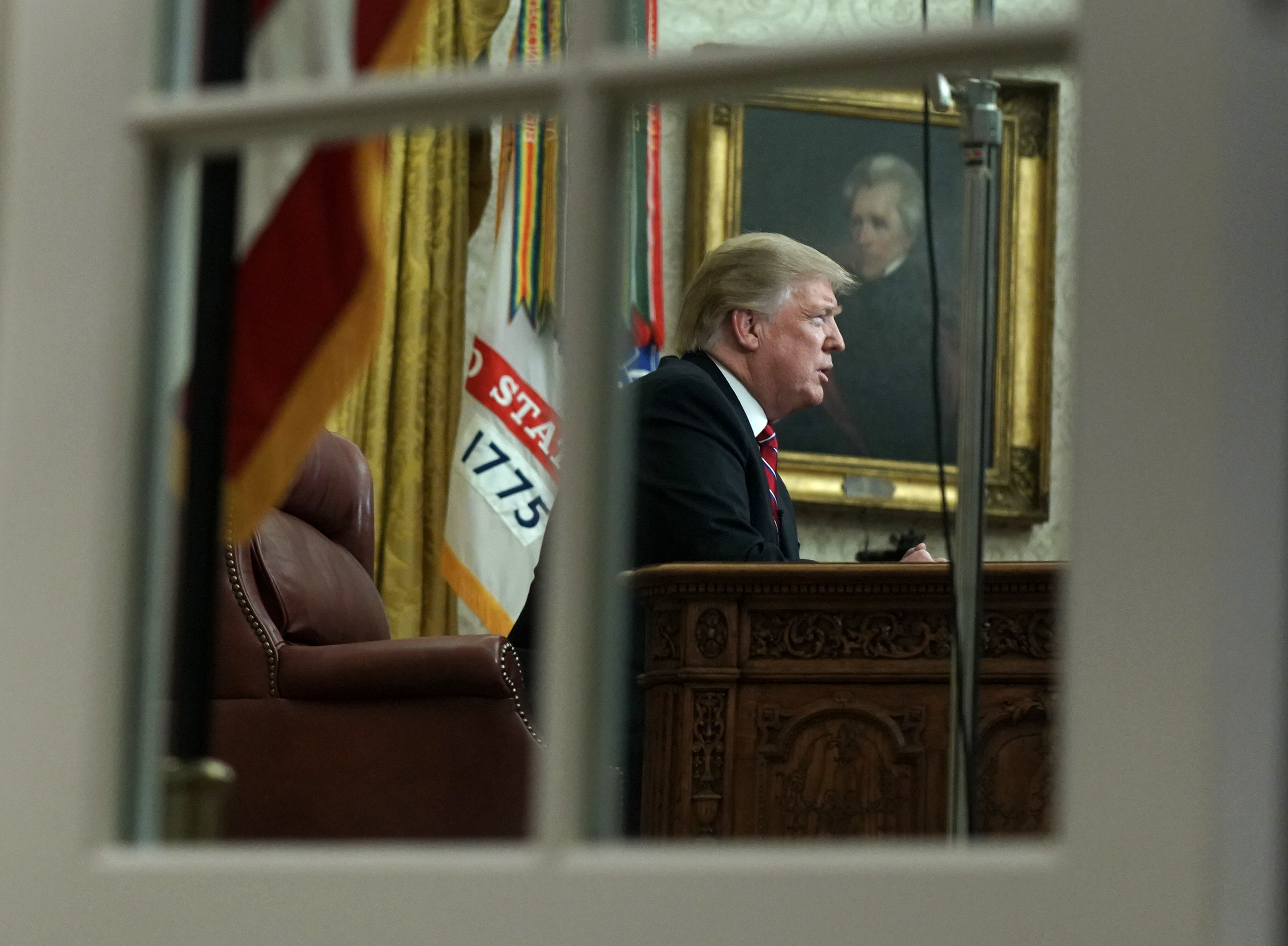 U.S. President Donald Trump speaks to the nation in his first-prime address from the Oval Office of the White House on January 8, 2019 in Washington, DC. (Photo by Kevin Dietsch-Pool/Getty Images)

“Sickening to hear Trump try to bait the Latino and Black communities with false, racist trope about immigrants taking jobs,” tweeted CNN political commentator Karen Finney. “If he really cared about people of color in the U.S. he would stop his nativist agenda and would’ve easily denounced the KKK in Charlottesville for starters.”

“Why is Trump asking for more money for his wall now that Democrats control the U.S. House than he did when the Republicans controlled everything? He needs to create a fight to distract from Muller Muller Muller Muller,” Finney later tweeted.

“Looks like the White House secured major network TV time for an address that repeats all of the president’s arguments on immigration, only, this time, through a TelePrompTer,” Wemple wrote on Twitter.