Freshman Democratic Minnesota Rep. Ilhan Omar posted a photo to Twitter on Tuesday praising her predecessor, Minnesota Attorney General Keith Ellison, despite the allegations of domestic violence against him.

She tweeted that Ellison “left me big shoes to fill as a fearless progressive and the first Muslim in Congress. MN is lucky to have an Attorney General who will defend civil and voting rights, and protect consumers from predatory corporations.”

My friend @keithellison left me big shoes to fill as a fearless progressive and the first Muslim in Congress. MN is lucky to have an Attorney General who will defend civil and voting rights, and protect consumers from predatory corporations. #PeoplesLawyer pic.twitter.com/bOfpSioM7j

Ellison’s ex-girlfriend Karen Monahan accused him of domestic violence and alleged that there was a video proving it. She said that she would not release the video, though, explaining that she was exposed in it. (RELATED: DNC Finally Breaks Silence On Ellison Allegations. Here’s What It Said) 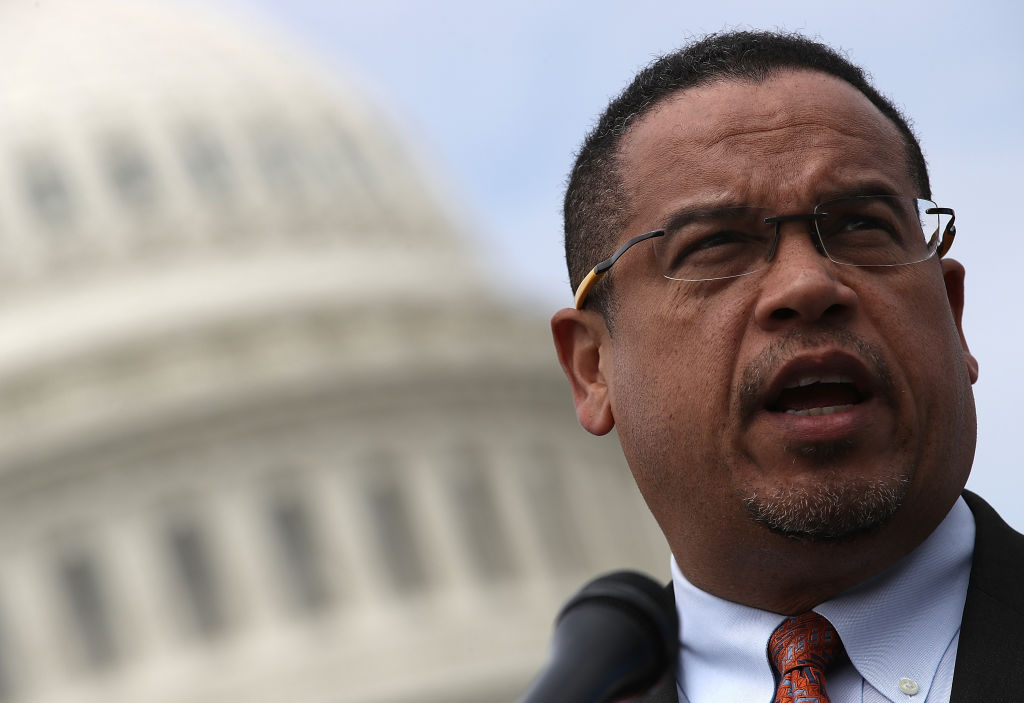 Her refusal to produce the video led Minnesota attorney Susan Ellingstad “to conclude that the allegation is unsubstantiated,” according to her report.

“An allegation standing alone is not necessarily sufficient to conclude that conduct occurred, particularly where the accusing party declines to produce supporting evidence that she herself asserts exists,” Ellingstad wrote. “She has thus repeatedly placed the existence of the video front and center to her allegations, but then has refused to disclose it.”

Omar’s office did not respond to The Daily Caller’s request for a comment.

1
DOJ Taps U.S. Attorney To Oversee Matters That 'Potentially Relate To Ukraine'
Politics
2
What Black Americans Think About Biden's Transgender Tweet
op-ed
3
Will Socialist Sympathizers Give Us Their Stuff?
US
4
Calling All Patriots: Who Is Going To Win The Wednesday Democratic Debate?
Opinion
5
Bernie Rally Features Trotskyist Seattle Council Member Whose Party Wants To Seize Control Of Banks
Investigative Group