Students at Cumberland County High School are fighting against what they say is the local Pennsylvania school district’s unconstitutional ban on distributing Bibles on campus.

The students allege that David Harris, the high school’s principal, told members of the Christians in Action Student Club that they were not allowed to pass out Bibles to their friends during lunchtime and that if they wanted to pass out Bibles after the school day, they would have to get approval from the school administration. The students then asked Jeremy Samek, Independence Law Center senior counsel, to help them challenge Mechanicsburg Area School District’s “Bible ban” and appeal to administrators to lift it. (RELATED: California Lawmakers Consider A Bill That Would Ban The Bible)

“For some reason they believe that in order to avoid an establishment clause violation, they mistakenly believe they need to treat religion like it’s toxic, and they need to eliminate it from public school wherever they find it,” Samek said, according to PennLive. “When you start doing that, you move from protecting the establishment clause to violating the free speech right of students.”

“MASD respects the rights of students to express themselves and distribute materials. MASD also recognizes that exercise of that right must be limited by the District’s responsibility to maintain an orderly school environment and to protect the rights of all members of the school community,” the school district told FOX43. 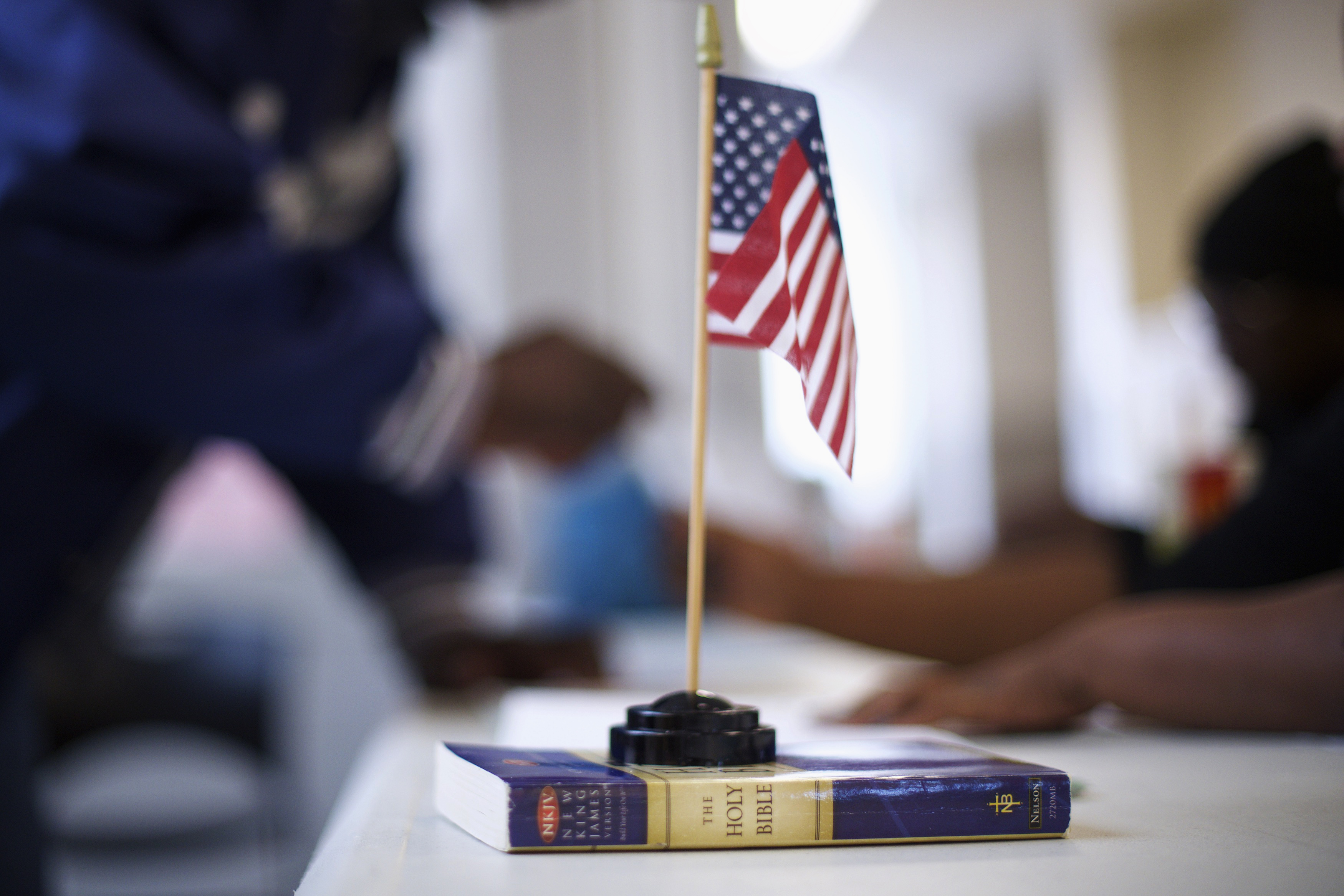 “Accordingly, students do have the right to distribution of non-school materials prior to the start of the school day and after the end of the school day if they develop a plan for time, place and manner of distribution that is reviewed and approved by the administration. We plan to investigate the claims set forth in this letter and work with the students in accordance with the law and our local policy,” the district added.

The school board is scheduled to meet Tuesday at 7 p.m. local time.

The challenge to the district’s “Bible ban” is only the latest dispute between students and local school administrators over Christian scripture. Harris prohibited students from putting up flyers advertising their club in November because the flyers contained Bible verses, according to Samek. Harris reportedly told students they would be allowed to post the flyers if they removed the verses.

“The students research this and went back to the principal and said, ‘We think you are wrong. This is our freedom of speech,'” Samek said.

The school administration relented on the flyers once the law center argued against their prohibition, pointing out that U.S. Supreme Court case precedent shows that students maintain their First Amendment rights on campus, so long as they don’t distribute materials considered obscene or that incite violence.

“The Bible is not one of them,” Samek said.