The price of steel in the United States has fallen below levels prior to President Donald Trump’s announcement of a 25 percent tariff on imported steel in March 2018, according to benchmark prices compiled by S&P Global Platts.

The price of steel jumped considerably after Trump announced the tariffs, rising to a peak of $920 per ton in July. Since then, the price has fallen to $725 per ton, a 21 percent reduction, due to a slowdown in demand in China, which accounts for around half of global steel production and consumption, according to the Financial Times.

Steel prices remain higher in the US than in China and Europe, where prices have dropped at similar rates since July, suggesting that the tariffs continue to impact domestic prices.

Steel prices in the US and China have fallen in tandem since last summer pic.twitter.com/gY8FNKwEE1

Despite the reduction in prices, U.S. steel manufactures remain optimistic. (Related: Steelworker Union President Calls Trump’s Tariffs The ‘Shot In The Arm’ That The Industry Needed)

“Orders are up. Shipments are up. Hiring is up. Wages are up,” said the president of the Alliance for American Manufacturing, Scott Paul. “No matter which metric you look at, the steel industry is unquestioningly doing better than it has been for the past couple of years.” 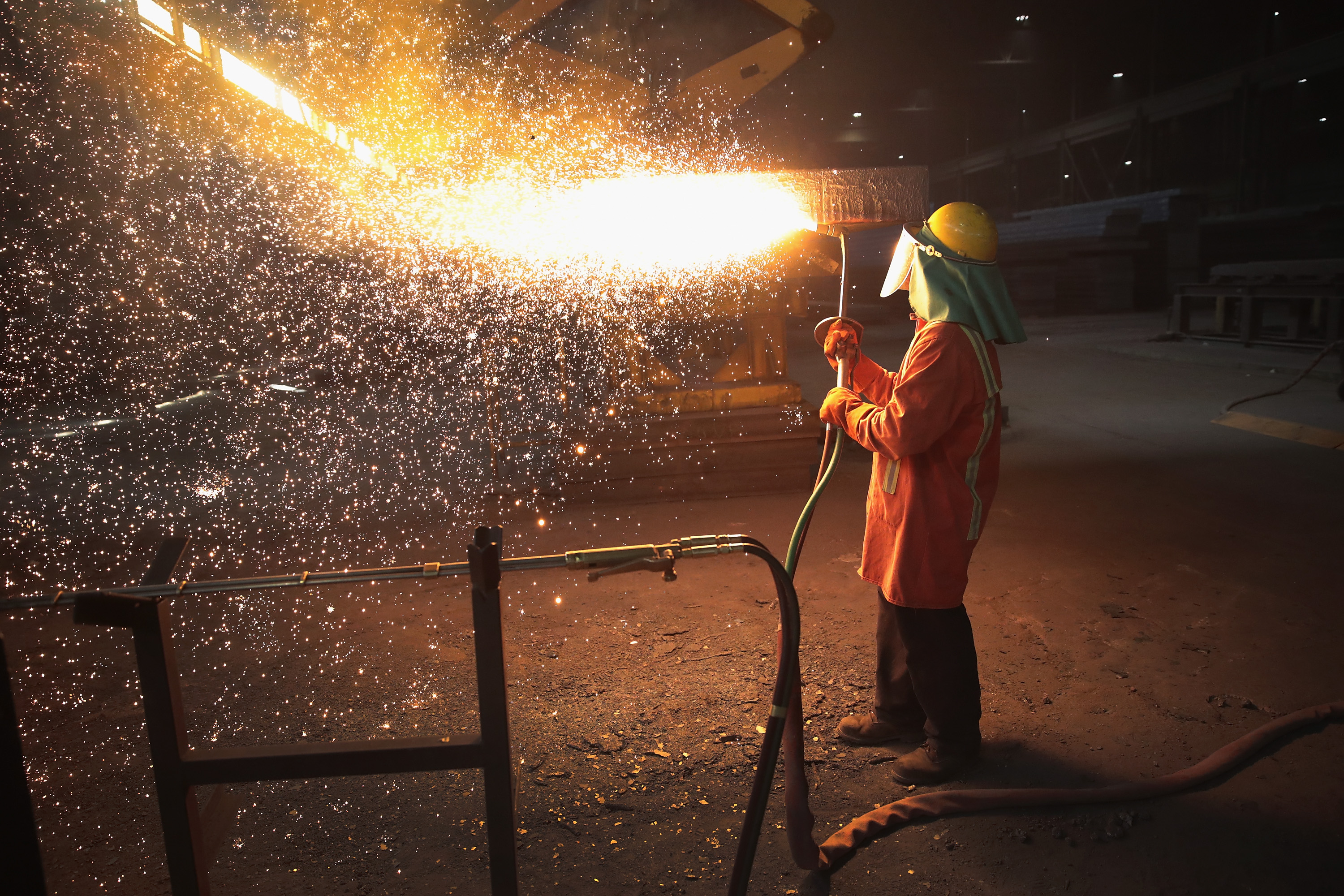 PORTAGE, IN – MARCH 15: A worker trims a newly-cast steel slab at the NLMK Indiana steel mill on March 15, 2018 in Portage, Indiana.(Photo by Scott Olson/Getty Images)

And while many companies reliant on steel imports have signaled that the Trump tariffs would hurt their bottom-line, a December study found that the negative impacts predicted by many economists had failed to materialize.

“We found absolutely no evidence of broad, negative impacts on the economy of steel and aluminum tariffs to date,” said the study’s co-author, Economic Policy Institute senior economist Robert Scott.