While President Donald Trump was issuing an address to the nation about the growing humanitarian crisis on the U.S. southern border Tuesday night, his predecessor and former political adversary were enjoying a romantic night out at a Broadway show in New York City.

As reported by The Daily Mail, former President Bill Clinton went with his wife, former Secretary of State Hillary Clinton, to see a performance of the newly-premiered Broadway play “Choir Boy”.

Written by Tarrell Alvin McCraney, the co-writer of 2016’s Best Picture “Moonlight”, the play gives the “sweetly exuberant account” of a young black boy who sings in the gospel choir of an all-boys school and must navigate the pitfalls of being overtly gay, according to Variety. 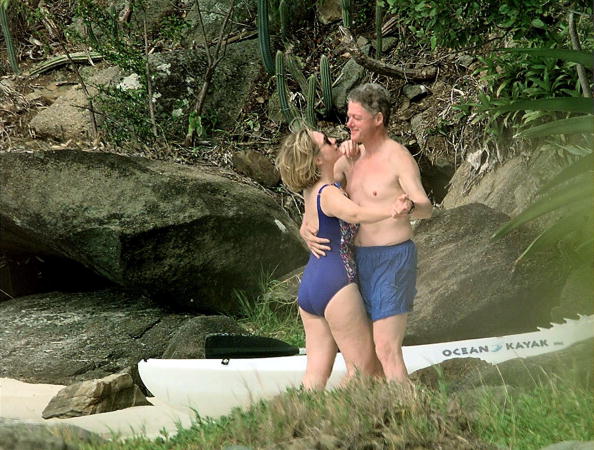 The Clintons were photographed holding their playbills and smiling broadly before the show at the Samuel J. Friedman Theatre on West 47th St. in Manhattan. They were also seen posing with McCraney and Barry Grove, the play’s executive producer. (RELATED: Ticket Prices To See Bill And Hillary Speak Tank)

The Hollywood Reporter announced in October that playwright Lucas Hnath was reworking “Hillary and Clinton” for Broadway, his play about the Clintons’ marriage. Starring John Lithgow and Laurie Metcalf, it promises to be an “examination of the knotty complexities and gender dynamics of marriage, touching on the limitations of experience and inevitability in its timely look at an American dynasty in crisis,” and is slated for an April 2019 premiere.

The elite New York theatrical community has, on more than one occasion, shown its preference for liberal politicians. Months after her 2016 electoral defeat, Bill and Hillary were given several standing ovations during a sold-out matinee performance of “The Color Purple,” which also included an acknowledgment from the cast on-stage. (RELATED: Hillary Clinton Gets Standing Ovation From Broadway Audience) 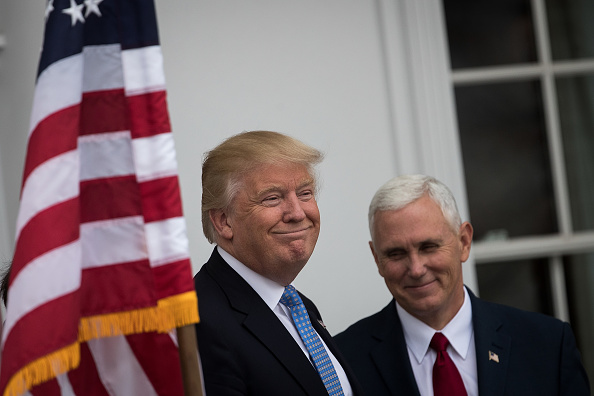 President-elect Donald Trump and vice president-elect Mike Pence listen to a question from the press regarding the musical ‘Hamilton’ before their meeting with investor Wilbur Ross at Trump International Golf Club, November 20, 2016 in Bedminster Township, New Jersey. (Photo by Drew Angerer/Getty Images)

By contrast, 10 days after the 2016 presidential election, Vice President Mike Pence was lectured to from the stage by the cast of “Hamilton”, who urged him to remember that “we are a diverse America who are alarmed and anxious that this new administration will not protect us.”

In response, then-President-elect Donald Trump accused the actors of being “rude” for having “harassed” the vice president-elect, and maintained that “the Theater must always be a safe and special place,” where such things “should not happen!”

Our wonderful future V.P. Mike Pence was harassed last night at the theater by the cast of Hamilton, cameras blazing.This should not happen!

The Theater must always be a safe and special place.The cast of Hamilton was very rude last night to a very good man, Mike Pence. Apologize!