A Los Angeles teacher’s union recently turned down the board of education’s offer, which included additional staff members, in a district where teachers with the right qualifications can make $74,000 annually.

“The salary for a teacher with a bachelor’s degree and 60 additional college credits is $74,141,” a Los Angeles Unified School District spokeswoman told The Daily Caller News Foundation over email. “The average cost of health and welfare benefits that teachers receive is $14,562.”

The Unified Teachers of Los Angles (UTLA) demanded the LAUSD to:

There is also talk of a 6-percent salary increase, according to NBC 4.

The Los Angeles union said the demands are to “serve our students.”

Wall Street Journal editorial board member Allysia Finley, however, suggests in a Jan. 4 op-ed the negotiations are highly political. Increasing staff, for example, could bring in more potential UTLA members, which would help the union regain control of the school board.

The district acknowledged charter schools cannot be bargained over as they are handled by the state, but the district is willing to have working groups address location issues and oversight of charters within the district. (RELATED: Public School Teachers Could Be More Disgruntled Than Ever: Survey)

“We are extremely disappointed and frustrated that union leadership has turn down our offer and — once again — failed to put forth any proposal to try and resolve the issues of class size and salary,” LAUSD wrote in a statement Monday.

UTLA President Alex Caputo-Pearl said the district’s proposal had “so little to offer,” the Los Angeles Daily News reported Wednesday. He added the deal would increase class size instead of decreasing it, and the potential pay raise would still negatively impact future health care benefits.

The average district class size was nearly 26 students, according to LAUSD. 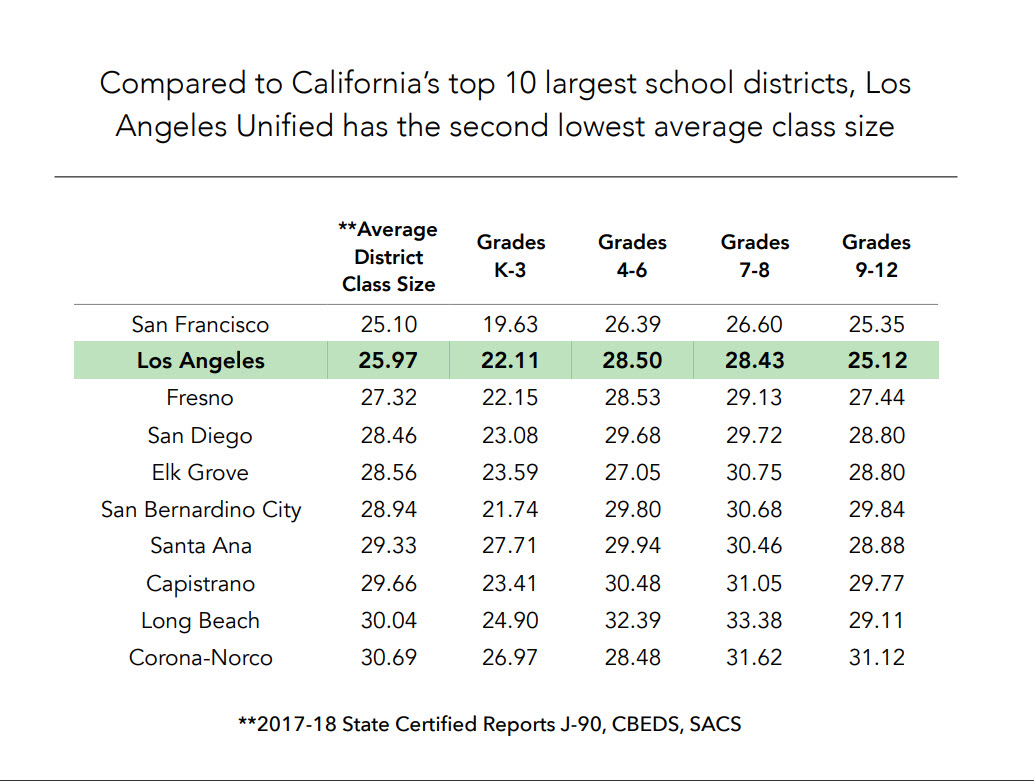 Caputo-Pearl also said the increase in staff would ultimately add one employee in each of the nearly 900 schools, according to the LA Daily News.

LAUSD says UTLA is being unreasonable for staffing increases, NBC 4 reported. UTLA reportedly wants a plan that would cost $786 million per year as LAUSD is in a $500-million deficit.

UTLA did not immediately respond to TheDCNF’s request for comment.