Meghan McCain turned to someone in “The View” studio audience Wednesday, saying she didn’t know whether the person was heckling her or supporting her. “I hope you’re supporting me,” she added.

McCain, who hails from the border state of Arizona, began by arguing that many Americans feel that border security is an important issue — and that demonizing ICE and CBP agents, the way newly sworn-in New York Rep. Alexandria Ocasio-Cortez has done, may not be a winning strategy for Democrats.

Co-host Sunny Hostin cut in, saying that most Democrats want border security but draw the line at a wall. She further claimed that any humanitarian crisis was created by President Donald Trump because he “is the one that separated families.”

Joy Behar agreed that Trump was responsible for any humanitarian crisis, adding, “There are still children who are kept in cages at the border. Two children have died. To me, that is a humanitarian crisis.” (RELATED: Joy Behar Uses Armenian Genocide To ‘Prove’ Trump Will Pave The Way For Another Hitler) 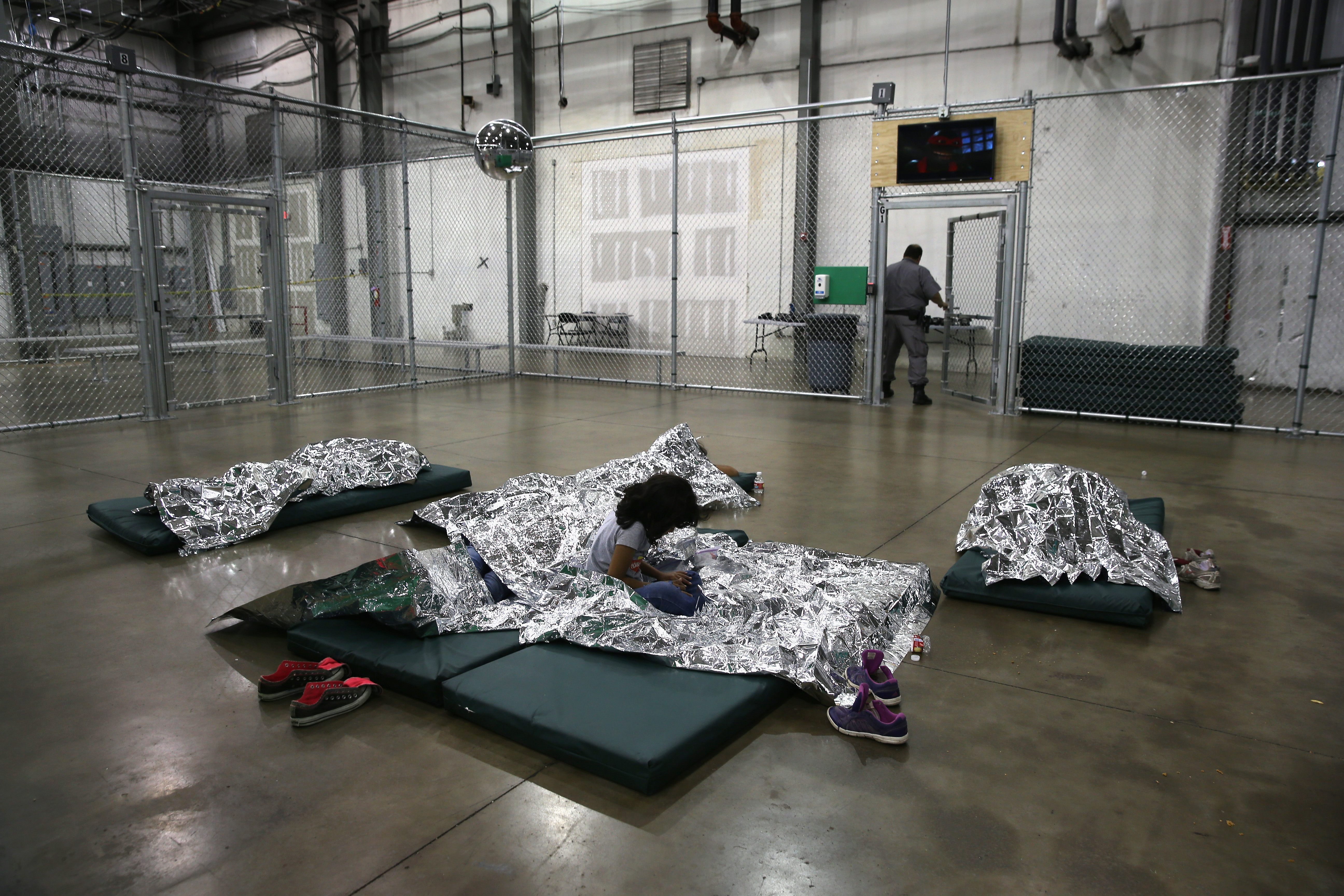 A girl from Central America rests on thermal blankets at a detention facility run by the U.S. Border Patrol on September 8, 2014 in McAllen, Texas. John Moore/Getty Images

McCain fired back, pointing out that the children in cages were not an entirely new development. “That actually, that policy was started under Obama which we said that numerous times,” she said.

Over objections from her co-hosts, McCain continued, “He started the policy that was put in place …”

She then turned to the audience as someone yelled at the stage. “Who’s yelling, ‘Tell it!’? I don’t know if you’re heckling me or supporting me, but I hope you’re supporting me. It was a policy put in place under President Obama that President Trump decided to enact. So that policy was put in place … by the Obama administration.”