A top adviser for Independent Vermont Sen. Bernie Sanders’s 2016 presidential campaign has been accused of sexual misconduct against a female staffer.

The staffer, Robert Becker, who helped lead Sanders’s campaign in Michigan, New York, California and Iowa as a deputy national field director, has been accused of grabbing a female campaign staffer by her wrists and grabbing her head while kissing and putting his tongue in her mouth, Politico reported Wednesday.

Becker, 50, reportedly did this to the 20-something campaign staffer at a bar in Philadelphia in July 2016.

The woman warned about sexual misconduct on campaigns in a statement to Politico, saying no one should be allowed to run for president until they can guarantee a safe work place.

“Candidates who allow people like Robert Becker to lead their organizations shouldn’t earn the highest office in our government,” she said.

“It just really sucks because no one ever held him accountable and he kept pushing and pushing and seeing how much he could get away with. This can’t happen in 2020. You can’t run for president of the United States unless you acknowledge that every campaign demands a safe work environment for every employee and volunteer,” the woman continued. 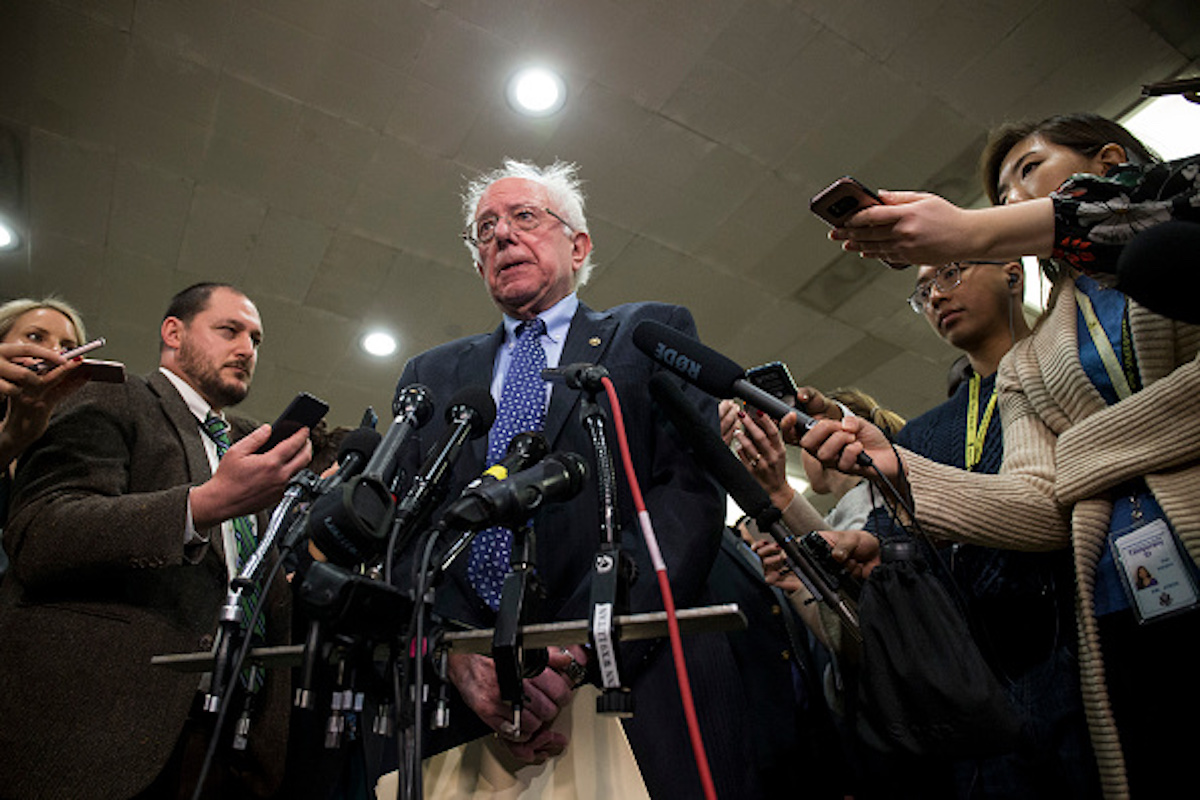 Sen. Bernie Sanders speaks to the press after receiving a briefing from U.S. Secretary of Defense Jim Mattis and U.S. Secretary of State Mike Pompeo on developments in Saudi Arabia on Capitol Hill on Nov. 28, 2018 in Washington, D.C. (Photo by Zach Gibson/Getty Images)

This comes after two dozen staffers from Sanders’s presidential campaign wrote a letter, which says there was a “dangerous dynamic” within the campaign in regards to “sexual violence and harassment.” Sanders told reporters on Jan. 3 that he was too busy running his campaign to know about the alleged sexual harassment that took place. (RELATED: Over 2 Dozen Former Campaign Workers For Bernie Sanders Write Letter Describing ‘Dangerous’ Culture Of ‘Sexual Violence’ In 2016)

Sanders’s office did not immediately respond to The Daily Caller News Foundation when asked about the allegations.