Beyonce’s father Matthew Knowles said when the members of Destiny Child were teens and were around performer R. Kelly they never left his eyes, “certainly” due to his alleged reputation.

“I was there, and my former wife Tina was there,” Knowles shared Wednesday with Metro U.K. “The thing with R Kelly was, he liked to record late at night, around midnight. And what was different with his studio was that one room had a recording suite, and next door was a club, with 40 or 50 people dancing.” (RELATED: Fans Don’t React To R. Kelly’s Boycott Over Sexual Abuse Allegations The Way You’d Expect)

Beyonce’s dad also shared a screenshot of the article Thursday on his Instagram that read, “Beyonce’s dad watched Destiny’s Child like a hawk and escorted girls to toilet while working with R Kelly.”

He captioned the post, “This is an interview I gave yesterday about my experience with Destiny’s Child and R Kelly.”

Knowles also admitted that he decided not to do a collaboration with the singer and the upcoming girl group over business and creative differences.

“I personally rejected the song, because I didn’t think it was a good song,” the “Crazy In Love” singer’s dad shared. “Not just because of [his] reputation – this was around 1998, we had just begun to hear some of those things.”

Destiny’s Child at the time was made up of Beyonce, Kelly Rowland, LaTavia Roberson and LeToya Luckett.

The comments came in light of the latest Lifetime docuseries titled, “Surviving R. Kelly” that focuses on domestic and sexual abuse allegations from several of Kelly’s accusers. It follows other reports that Kelly allegedly held women and girls against their will in a “sex cult.” 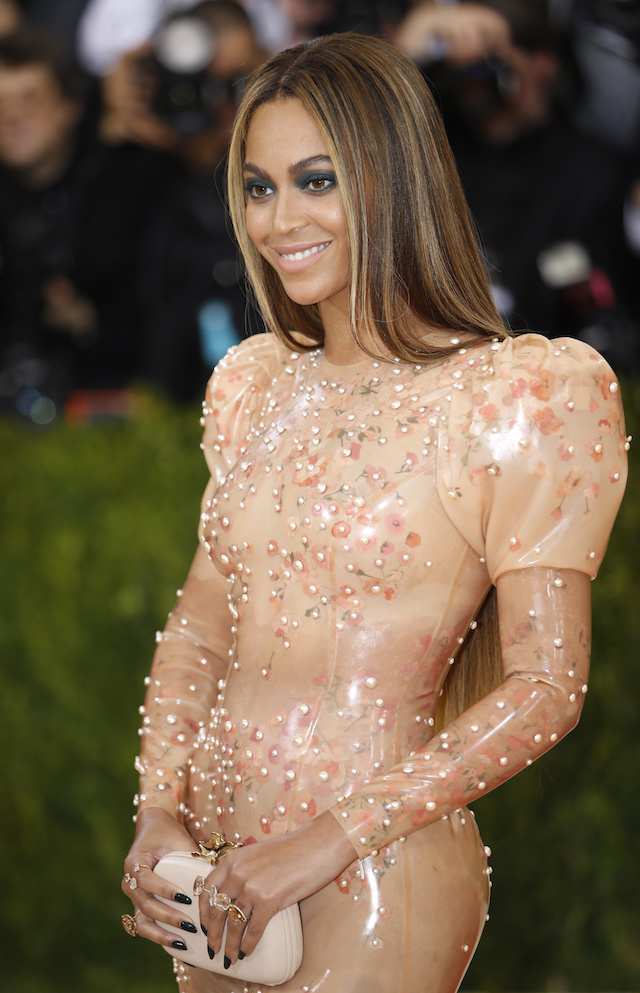 Singer-Songwriter Beyonce Knowles arrives at the Metropolitan Museum of Art Costume Institute Gala (Met Gala) to celebrate the opening of “Manus x Machina: Fashion in an Age of Technology” in the Manhattan borough of New York, May 2, 2016. REUTERS/Eduardo Munoz

Since the series has come out, superstars like Common and Chance The Rapper have spoken out and admitted that they failed the alleged sexual assault survivors.

“For the survivors, I just feel, like, a lot of compassion for them,” Common said. “We failed as a community because we knew that these things were happening. And instead of trying to be like, ‘Yo, let’s go try to resolve this situation and free these young ladies’ … I am guilty of that too myself because I didn’t stop and speak against it.”

“We failed our communities as black people,” he added. “We should have been caring about our young ladies. We stopping that cycle. But I think people are aware. We live and learn.”