National Security Advisor John Bolton appeared to contradict the White House Sunday when he said the U.S. withdrawal from Syria would not be immediate, but the Pentagon announced Thursday that without receiving any new direction, it’s moving forward with the mission.

“Timetables or the timing of the withdrawal occurs as a result of the fulfillment of the conditions and the establishment of the circumstances that we want to see,” Bolton said Sunday, which struck a different tone than the Dec. 19 announcement White House Press Secretary Sarah Sanders made, in which she said the U.S. had already begun pulling American troops.

Defense officials in the Pentagon told The Wall Street Journal they haven’t received any new directives, and until they do, will move forward with the original withdrawal plans.

“Nothing has changed,” an anonymous defense official said. “We don’t take orders from Bolton.”

American troops sent to help with the pullout are reportedly already in the region, specifically in Kuwait and the al-Asad air base in Iraq.

The Failing New York Times has knowingly written a very inaccurate story on my intentions on Syria. No different from my original statements, we will be leaving at a proper pace while at the same time continuing to fight ISIS and doing all else that is prudent and necessary!…..

The fate of U.S. troops in Syria was further muddled Tuesday when Turkish President Recep Erdogan said Bolton made a “grave mistake” when he demanded Turkey pledge protection of the American supported Kurdish fighters.

“It is not possible for us to swallow the message Bolton gave from Israel,” Erdogan said in the Turkish Parliament after refusing to meet with Bolton on his visit to Turkey. 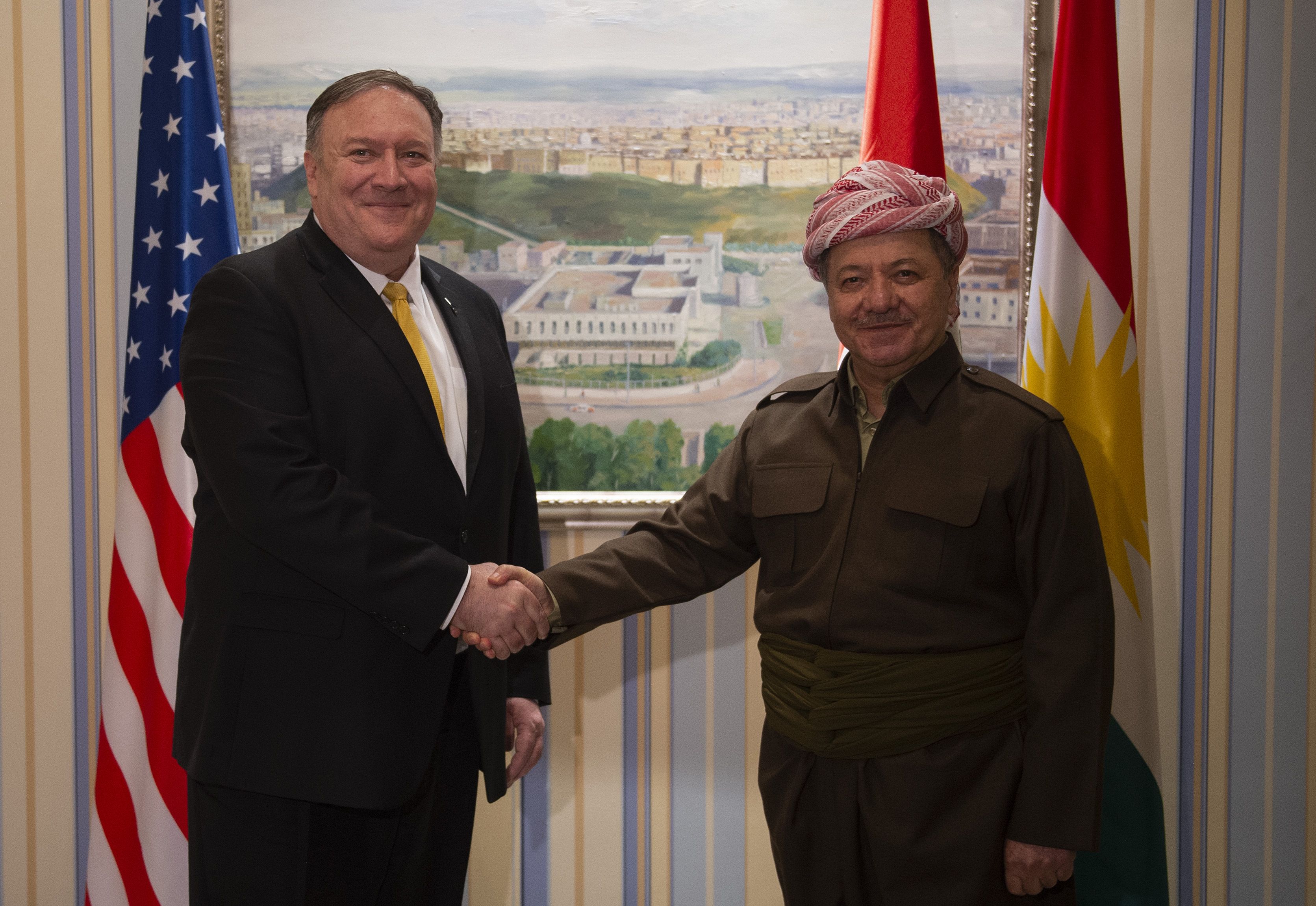 US Secretary of State Mike Pompeo meets with Masoud Barzani leader of the Kurdistan Democratic Party (KDP) in the province’s capital Arbil during a Middle East tour, on January 9, 2019. (Photo by Andrew CABALLERO-REYNOLDS / AFP)

Secretary of State Mike Pompeo pushed back on reports the administration was contradicting itself Thursday on a trip to Cairo, Egypt, saying “there’s no contradiction whatsoever.”

“This is a story made up by the media. That’s fine, you all write what you like, but the President’s been very clear, and Bolton and I have been very clear about this too, that the threat from radical Islamic terrorism is real,” Pompeo said.