Grassley is “freshly empowered” to push three bills the pharmaceutical industry is not a fan of, reported STAT News. The bills are:

The latter bill was introduced by both Grassley and Democratic Minnesota Sen. Amy Klobuchar “to help the millions of Americans who struggle to pay exorbitant prices for medication,” Klobuchar said in a press release statement Wednesday. (RELATED: Trump Passed Out Candy During Wednesday Wall Funding Meeting, But It Didn’t Sweeten The Deal For Democrats)

Grassley, who is viewed as being less pharma-friendly than his committee chair predecessor Orrin Hatch, stressed he wants to find bipartisan solutions in a Thursday Senate Finance Committee press release. 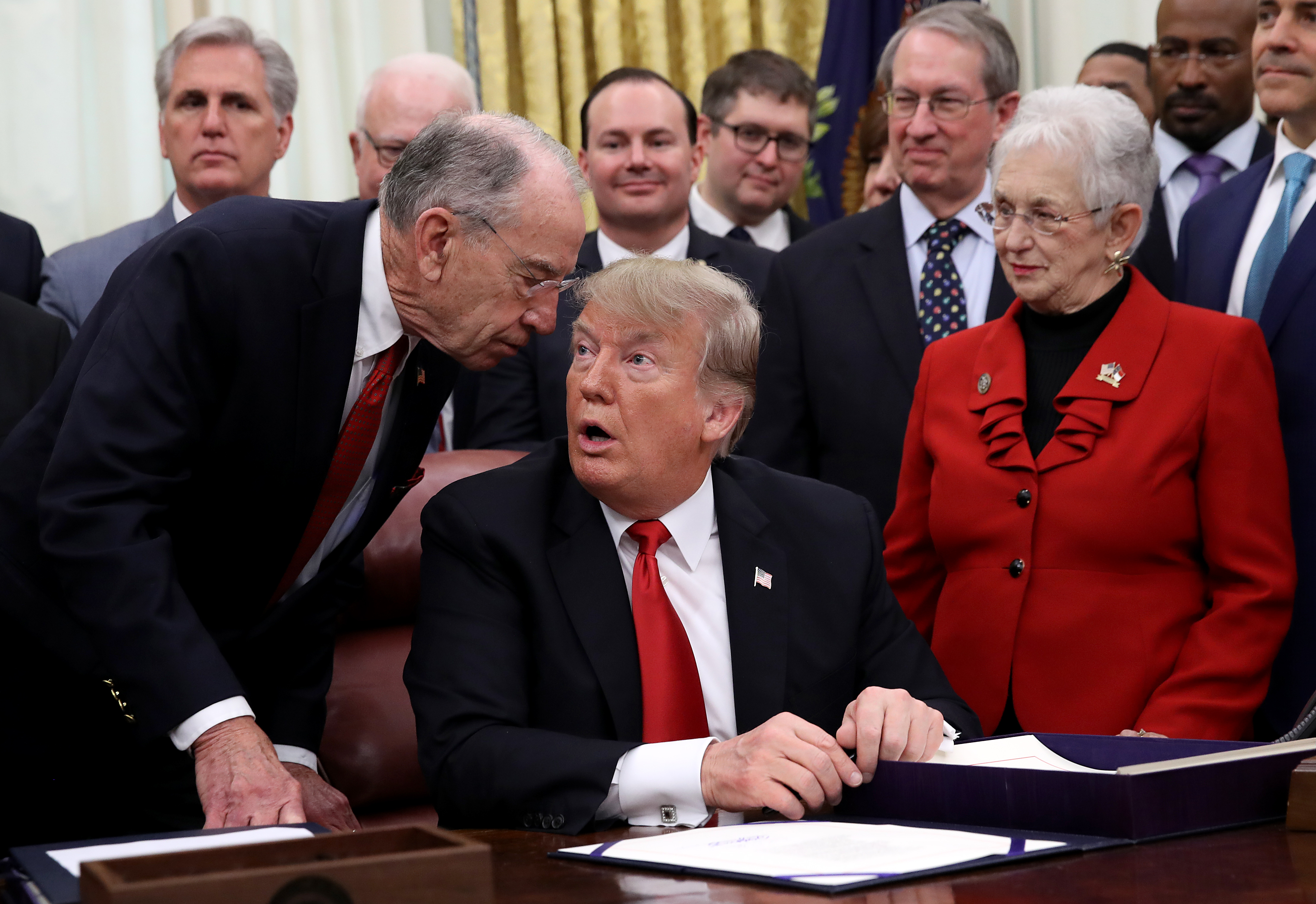 Senate Judiciary Committee Chairman Chuck Grassley (L) (R-IA) tells U.S. President Donald Trump that he needs to leave to cast a vote in the U.S. Senate during the signing ceremony for the First Step Act and the Juvenile Justice Reform Act in the Oval Office of the White House December 21, 2018 in Washington, DC. (Photo by Win McNamee/Getty Images)

Those bipartisan solutions might create some unlikely allies as President Donald Trump also seeks to cut drug prices. The Trump administration floated an international pricing index that would base Medicare drug payments on cheaper foreign prices — something Vermont Sen. Bernie Sanders is also behind, reported Axios.

Sanders is expected to unveil a “similar proposal” Thursday, according to Axios. (RELATED: Looking To Save On Prescriptions In 2019? That’s Not Likely To Happen)

Trump has sporadically called attention to drug pricing since taking office and has attacked specific drugmakers by name. Trump told Pfizer it should be “ashamed” of its price increases in a July 9 tweet, spurring a price hike delay.

“Pfizer [and] others should be ashamed that they have raised drug prices for no reason,” Trump tweeted. “They are merely taking advantage of the poor [and] others unable to defend themselves, while at the same time giving bargain basement prices to other countries in Europe [and] elsewhere. We will respond!”

Pfizer & others should be ashamed that they have raised drug prices for no reason. They are merely taking advantage of the poor & others unable to defend themselves, while at the same time giving bargain basement prices to other countries in Europe & elsewhere. We will respond!

High prescription drug prices are a top issue among Americans. Fifty-two percent of people said “passing legislation to bring down the price of prescription drugs should be a ‘top priority’ for President Trump and Congress,” according to a Kaiser Family Foundation poll in March.