President Donald Trump and Sean Hannity jokingly accused Democrats and the media of collusion on Thursday night because both have regularly referred to the situation at the border as a “manufactured crisis.”

“I have tapes of maybe 20 Democrats, they all use the same phrase ‘manufactured crisis.’ Interestingly, their best friends in the media are all using the same word ‘manufactured crisis,’ Hannity began. “We have drug cartels, we have gangs we are dealing with. 90% of America’s heroin crossing our southern border and then, of course, we have had homicides and we have had sexual assaults. 100,000 violent assaults. What do you say to that talking point the media and the Democrats are using this is manufactured?” 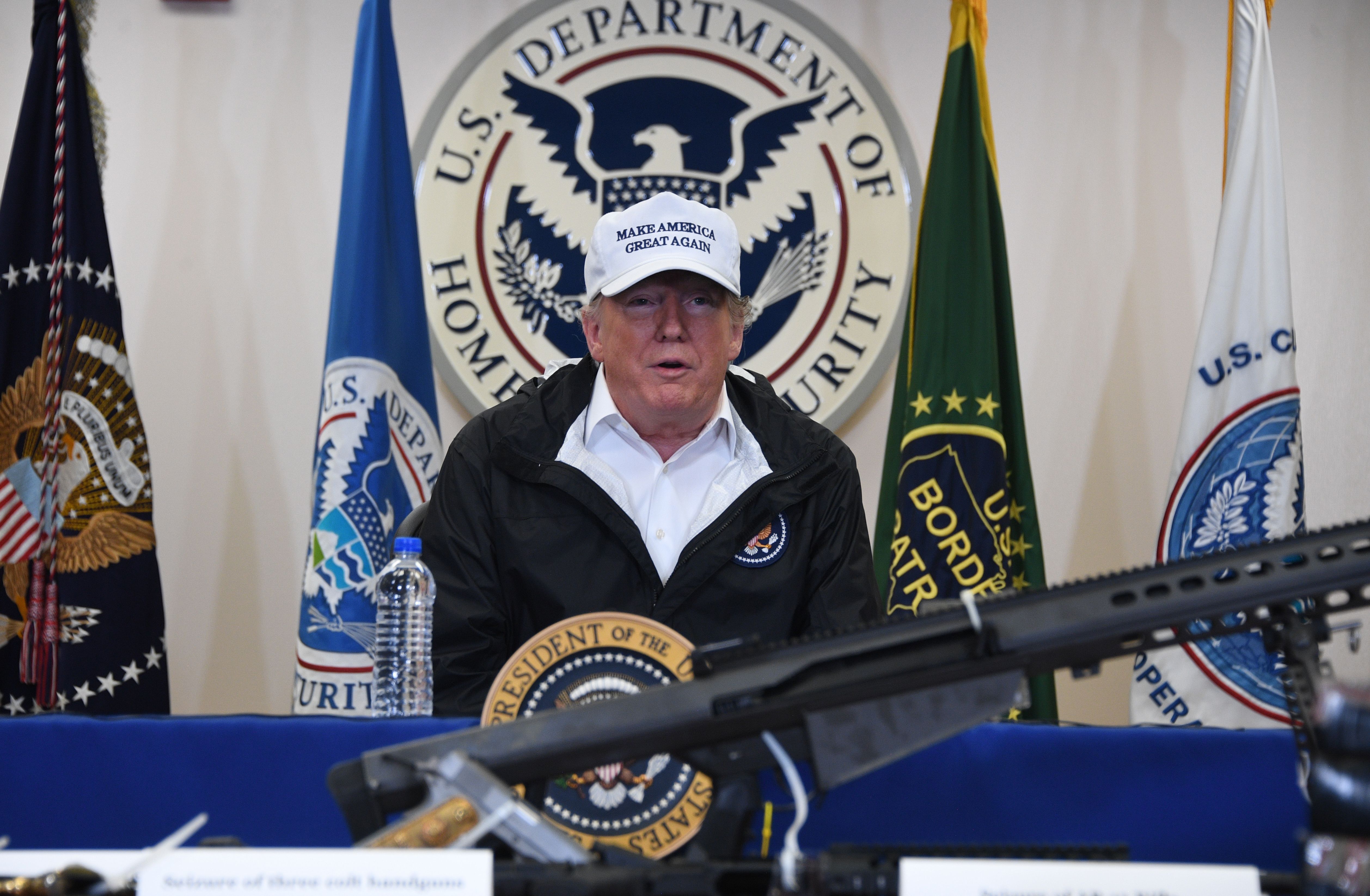 US President Donald Trump speaks during his visit to US Border Patrol McAllen Station in McAllen, Texas, on January 10, 2019. (JIM WATSON/AFP/Getty Images)

The president’s visit to the border comes during a partial government shutdown over funding for border security. Trump explained earlier in the day Thursday that he “almost definitely” will resort to declaring a national emergency to get the funding.