Actor Bryan Cranston is being criticized for playing a handicapped character in “The Upside,” his new film with Kevin Hart released Friday, because he is not actually handicapped.

A remake of a 2011 French film, “The Upside” is about a quadriplegic billionaire who hires an ex-criminal, played by Kevin Hart, to be his caretaker. The movie is receiving kudos from critics for the chemistry between Cranston and Hart, but some are offended that the able-bodied Cranston kept the role from being given to a genuinely quadriplegic actor.

Around the time of the film’s premiere last September, Jay Ruderman of the Ruderman Family Foundation said, “While we don’t know the auditioning history of ‘The Upside,’ casting a non-disabled actor to play a character with a disability is highly problematic and deprives performers with disabilities the chance to work and gain exposure.”

In the past week, some have also taken to social media to roast Cranston for accepting the role. “The fact that @BryanCranston believes he is qualified to play someone disabled is highly offensive. Nondisabled actors cannot act disabled because disability is not something you can act. You either are disabled or you aren’t,” wrote one user, who then went on to describe society as “inherently ableist.”

I see both sides as someone who did not appear disabled for the first few years of life. The more disabled I look the worse people treat me.

Society Is Inherently ableist, which is why even those of us with disabilities can be problematic. We have to get past our own ableism.

“People with disabilities are tired of constantly fighting for opportunities, space and a platform,” HuffPo editor Wendy Lu wrote in a Friday op-ed. “Until disabled talent starts being recognized in Hollywood, actors like Cranston should step offstage and pass the mic to the people in the communities they are so eager to portray.” (RELATED: Scarlett Johansson Under Fire For Plans To Play Trans Man In Upcoming Movie)

Cranston maintained to the British Press Association earlier this week that because actors necessarily play people they are not, they must assume false characteristics for the sake of depicting them. “If I, as a straight, older person, and I’m wealthy, I’m very fortunate, does that mean I can’t play a person who is not wealthy, does that mean I can’t play a homosexual?” he asked. “I don’t know, where does the restriction apply, where is the line for that?” (RELATED: Rams Fan Bryan Cranston Talks Playoffs And Working With Eagles Fan Kevin Hart) 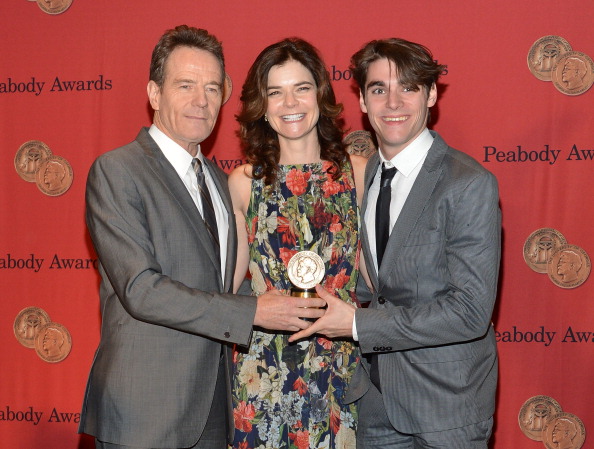 “I think it points out the lack of diversity in disabled actors and the lack of opportunity in order to be even considered to play the lead role in a film like this,” he said to Yahoo. “Are there any actors who have reached any kind of star status to be able to be considered? I think by not coming up with an answer to that is the answer to that. There is a dearth of opportunity for actors with a disability.”

Cranston’s co-star, comedian Kevin Hart, also recently stoked the ire of some when 10-year-old homophobic tweets were dredged up, an offense that cost him his hosting gig at the Oscars.