The Democratic National Committee embraced the idea of border protection in 2016 — as long as that border was around the building housing its national convention.

Protesters against the Democratic Party’s nomination of Hillary Clinton were met with tall fencing around the perimeter of the Wells Fargo Center in Philadelphia during July 2016. (RELATED: Trump Stands Up To Chuck And Nancy)

Many of the protesters who gathered outside of the barrier were supporters of Independent Vermont Sen. Bernie Sanders.

Some Democrats, like Brady Brassfield, told WJLA they felt “cheated” after seeing the extensive security constructed by the DNC.

“They don’t want to hear what we want to say or see what we have out here, really,” Brassfield said. 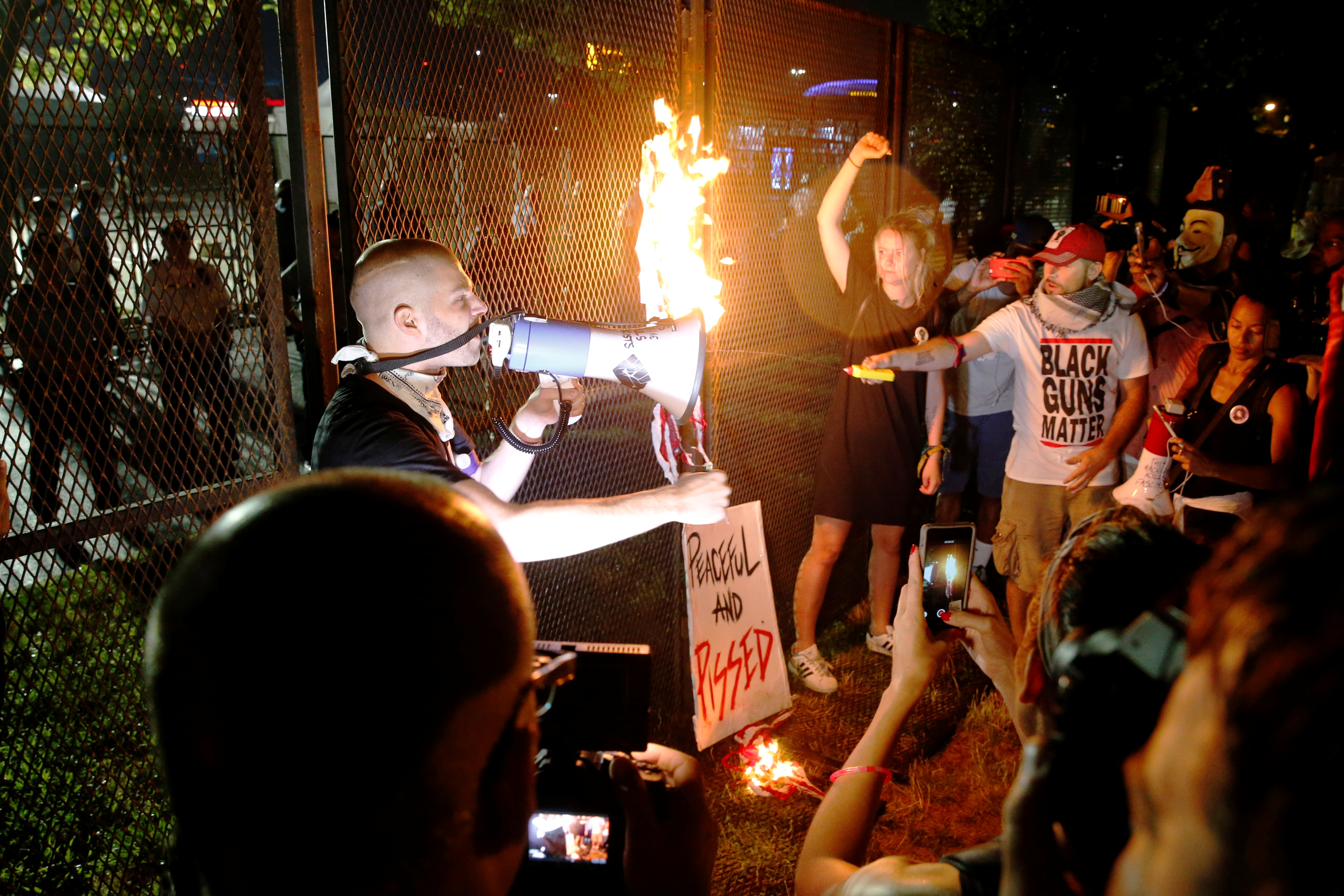 Activists torch an American flag amid protests outside the Wells Fargo Center on the final day of the Democratic National Convention in Philadelphia, Pennsylvania, U.S., July 28, 2016. REUTERS/Dominick Reuters

Other protesters, like Sanders supporter Kyle Fitzsimmons, said she understood the fencing.

“They need to feel safe whether I agree with them or not,” she said.