She wrote, “Given the global environment, Europe needs to improve its ability to act on behalf of its own security” and continued to explain that among the nations of the EU, Germany and France are the “driving forces in defense.” 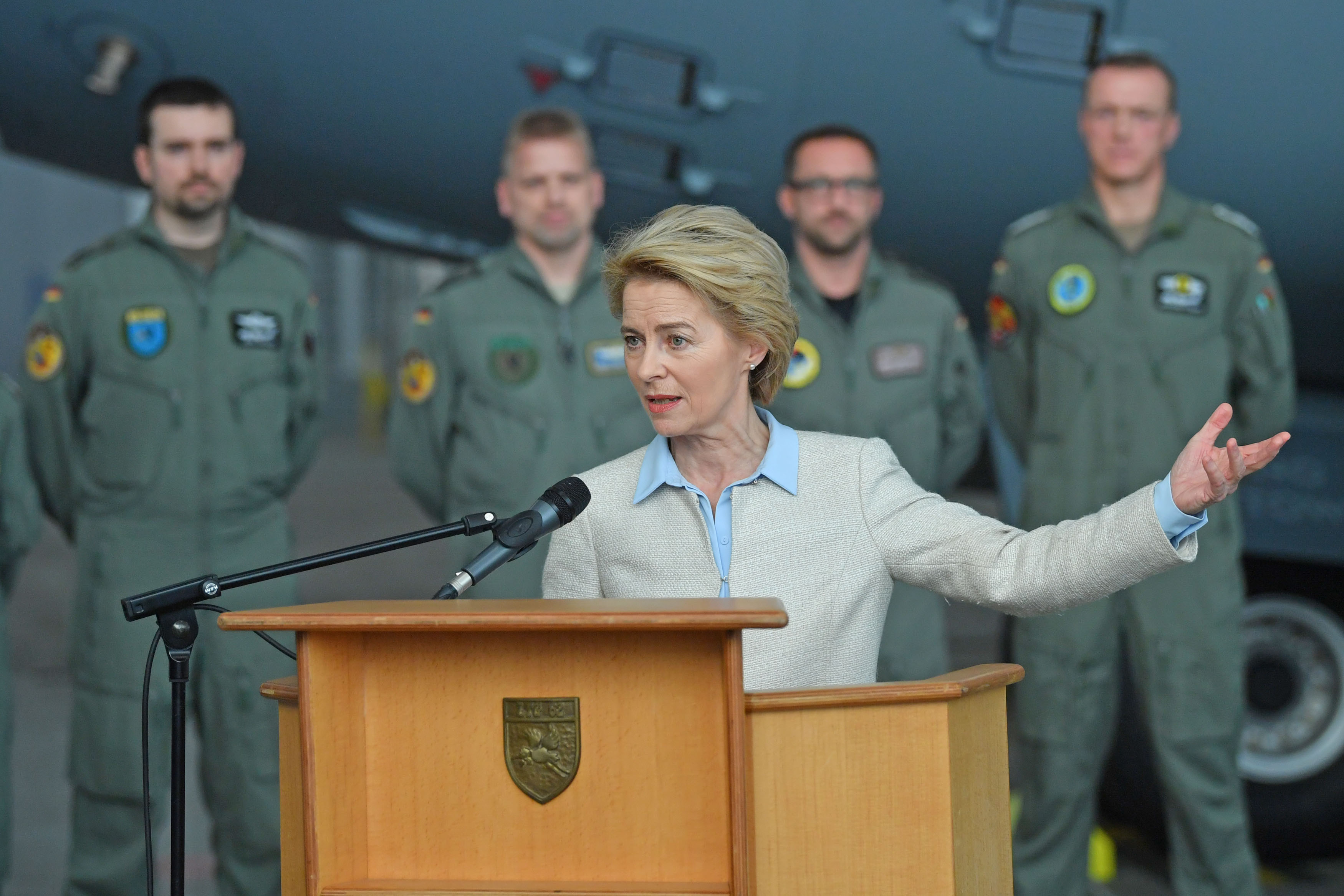 German Defense Minister Ursula von der Leyen stands in front of an Airbus A400M military transport plane of the Luftwaffe, the German air force, as she speaks to the media on January 2, 2019 in Wunstorf, Germany.  (Photo by Thomas Starke/Getty Images)

Defense Minister Leyen also defended the EU’s Permanent Structured Cooperation (PESCO) defense plan against its critics, which coordinates 25 separate European armies to operate alongside each other. She said that each of the 25 nations included in PESCO joined the program “not because we’re following requirements from Brussels, but voluntarily, because we see the obvious benefits, and because it’s in Europe’s security interests.”

She concluded her article by saying that Europe “remains a unique creation” that unites half-a-billion citizens in the name of freedom and prosperity “despite Brexit.” 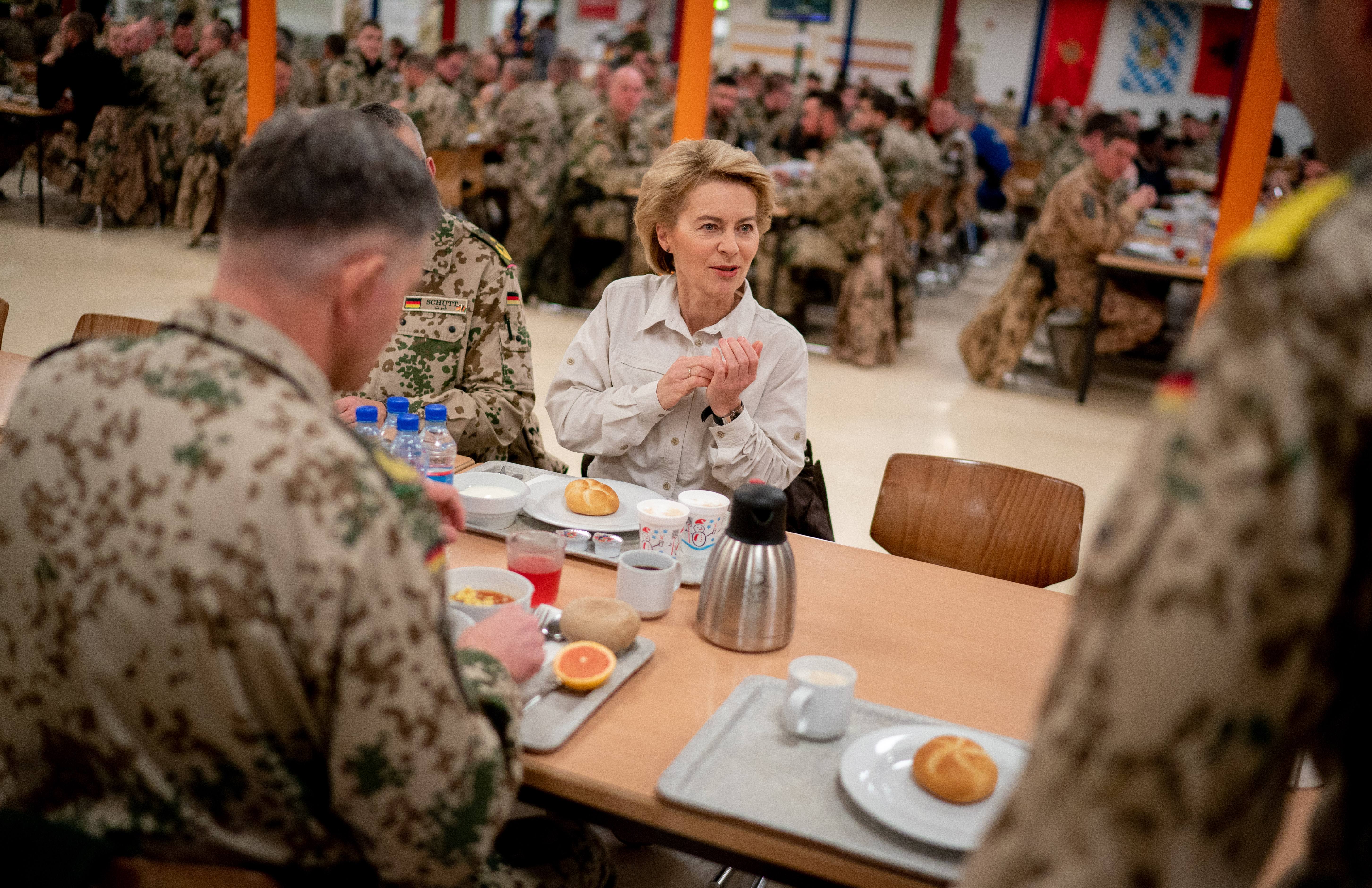 In November, President Macron claimed that a European army might be necessary for Europe to defend itself  against Russia, China and even the U.S, to which President Trump responded by saying that perhaps Europe should pay its fair share of NATO before bolstering its military.

President Macron of France has just suggested that Europe build its own military in order to protect itself from the U.S., China and Russia. Very insulting, but perhaps Europe should first pay its fair share of NATO, which the U.S. subsidizes greatly!