A 13-year-old girl who was missing for 87 days was found alive in Gordon, Wisconsin, after escaping from her alleged abductor, authorities announced at a press conference Friday.

Jayme Closs was allegedly kidnapped and held in a home in a “remote” area by 21-year-old Jake Thomas Patterson, according to CNN. Patterson may also be responsible for the murders of Closs’s parents, James and Denise Closs. They were found shot to death in their home on Oct. 15, the night their daughter disappeared, reported NBC News.

“Jayme was taken against her will and escaped from the residence at which she was being held in. We also don’t believe at this time the suspect had any contact with the family. We do believe that Jayme was the only target,” Barron County Sheriff Chris Fitzgerald said according to CNN.

Patterson has been arrested and charged with murder and kidnapping. (RELATED: Pedophile Reportedly Confesses To 1996 Murder Of Pageant Princess JonBenet Ramsey)

“For 88 days I have said we would work tirelessly to bring Jayme Closs home. We have done just that,” Fitzgerald continued. “Jayme is safe.”

Jayme Closs escaped from the home where she was being held and approached a woman walking her dog for help Thursday night, according to CNN. Jayme Closs turned up in Gordon, which is roughly 70 miles north of the girl’s home. 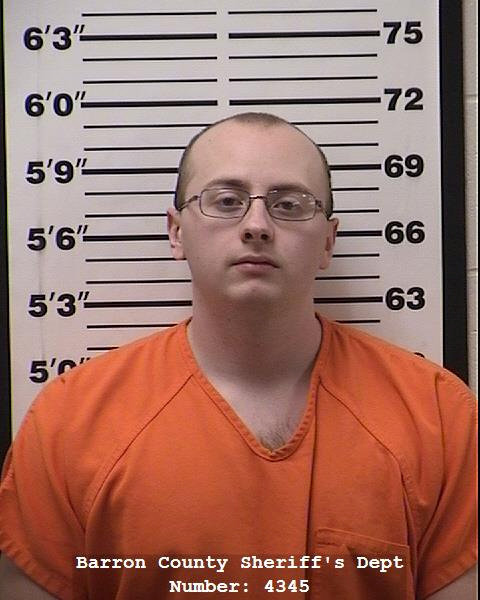 The woman walking her dog got in touch with the authorities about Jayme Closs and made her comfortable with the help of a neighbor, Kristin Kasinskas.

“[Jayme Closs] said to us that this person killed my parents and took me. She did say that,” Kasinskas told CNN. “She said that this person usually hides her or hides her when others are near or when he has to leave the household. She did not go into detail about how she got out of the house or anything like that.”

There are more unanswered questions. Authorities do not know why Patterson allegedly targeted the Closs family and do not believe he had a prior connection with Jayme Closs or her parents, reported CNN. There’s also the question of the 911 call on the night that James and Denise Closs were murdered in their home in Barron, Wisconsin.

Police do not know or have not revealed who made the early morning 911 call from Denise Closs’s cellphone on Oct. 15. The “unusual” call had no communication from the caller, just yelling and a cry for help in the background, police said according to NBC News.

Police arrived four minutes after the call was placed to find the home’s front door kicked in. No weapons were found at the scene of James and Denise Closs’s murder, reported NBC News.

Jayme Closs’s case has a more fortunate ending than another incident that ended in a young woman’s alleged murder in Iowa on July 18. Mollie Tibbetts, 20, was allegedly killed by Cristhian Bahena Rivera while she was jogging near the small town of Brooklyn, Iowa.

Bahena Rivera is believed to be a Mexican national residing in the U.S. illegally and has pleaded not guilty to Tibbetts’s murder. Tibbetts’s family has asked the media and national figures not to politicize her death.

1
Farrakhan Accuses Fauci And Bill Gates Of Plotting To 'Depopulate The Earth' With Coronavirus Vaccine
US
2
Black Lives Matter Runs Amok In DC On Independence Day
US
3
A 'Mini-Switzerland': This US State Is Becoming A Haven For Tax Evaders
US
4
Melania Wows In Stunning White Dress For Fourth Of July WH Celebration
Editorial
5
New York Times Ripped For Describing Trump's Mount Rushmore Speech As 'Dark And Divisive'
Media