FBI officials were frustrated with the Justice Department in the run-up to the 2016 election over the slow pace in granting a secret surveillance warrant against former Trump campaign aide Carter Page, a former FBI lawyer told Congress in 2018.

“There was an operational reason that we were pushing to get the FISA up, which I am not at liberty to discuss,” she told lawmakers, according to The Epoch Times, which obtained a leaked transcript of Lisa Page’s testimony.

“We had an operational reason that we wanted to get this thing up quickly with respect to the subject himself,” she said.

But the FBI was stymied to some degree by the Justice Department, Lisa Page told Congress.

The testimony raises further questions about the FBI’s surveillance efforts against Carter Page. Republicans have accused the FBI and Justice Department of misleading the federal judges who oversee the FISA process by relying heavily on the infamous but unverified Steele dossier to make the probable cause case that Carter Page was a foreign agent of Russia. (RELATED: DOJ Releases Carter Page FISAs)

The dossier, which was funded by former presidential candidate Hillary Clinton’s campaign and the Democratic National Committee, is cited heavily in the four FISA warrants granted against Carter Page. But Lisa Page’s testimony further underscores that the FBI had not verified allegations from the dossier before including it in the FISA applications.

As The Daily Caller News Foundation has previously reported, Lisa Page, who has no relation to the former Trump aide, told lawmakers that the FBI had not seen evidence of collusion between President Donald Trump’s campaign and the Russian government by the time Robert Mueller was appointed special counsel. Mueller took over the Russia probe in 2017 nearly 10 months after it started. 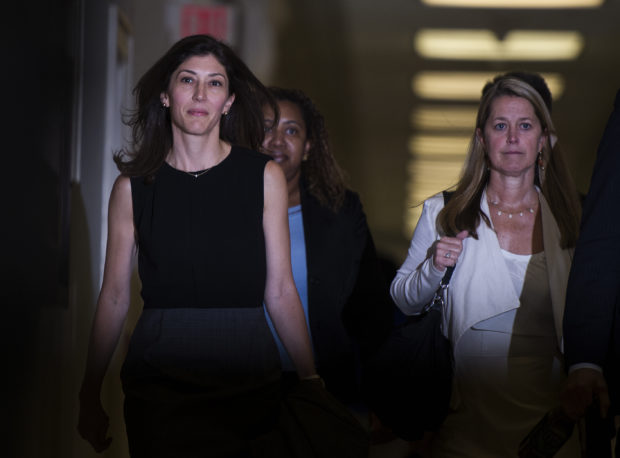 The first spy warrant against Carter Page was granted on Oct. 21, 2016. According to Lisa Page, she first became aware of an effort to obtain a FISA warrant about a month earlier, The Epoch Times reported Friday. That would have been around the time that the dossier first fell into the hands of the FBI unit investigating possible collusion between the Trump campaign and Russian government.

Lisa Page, who resigned from the FBI on May 4, 2018, testified that dossier author Christopher Steele first provided a copy of the dossier to the FBI in mid-September 2016.

That left little time for the FBI to verify Steele’s various claims, including that Carter Page was a back channel between the Trump campaign and Kremlin.

Carter Page, who joined the Trump campaign in March 2016, has vehemently denied allegations against him in the Steele dossier.

Lisa Page also testified that Stu Evans, who served at the time as deputy attorney general for the national security division, oversaw the FISA process for the Justice Department.

She also revealed that she had worked for several years for Bruce Ohr, the Justice Department official who served as an unofficial back channel after the 2016 election between Steele and the FBI. The bureau severed ties with Steele on Nov. 1, 2016 after finding out that the former spy had discussed his Trump investigation with the media.

Ohr’s wife, Nellie Ohr, worked at the time for Fusion GPS, the opposition research firm that hired Steele on behalf of Democrats. Lisa Page told Congress that she met Nellie Ohr once at a party thrown by Bruce Ohr.