Democratic Rep. André Carson says he envisions that there will be “about 30, 35 Muslims in Congress” and possibly a Muslim president or vice president by 2030.

Carson celebrated the fellow Muslims elected to Congress in November, likening their arrival to superheroes coming “out of nowhere” to help in the wake of former Congressman Keith Ellison’s move from the House to Minnesota attorney general. 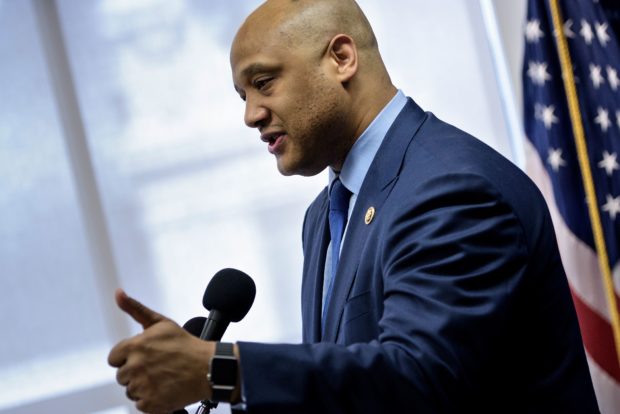 Voters across the country showed up and showed out. They did so much that they elected our brother, Superman Keith Ellison, to be attorney general. Yeah. They left Batman and I felt all alone. And then all of a sudden I looked in the sky and saw Wonder Woman come out of nowhere. And then I looked on the other side and I saw Storm from the X-Men come out of nowhere. And we’ve got firepower in Congress. We’ve got sister Rashida [Tlaib] in the House, and she’s tough. She’s the kind of sister you take to a debate with scholars with you, because she’ll rock the house. She’s also the kind of sister you take with you if you’re about to get jumped, because she’ll fight too. That sister’s tough. Love her dearly.

Carson called Tlaib a “fighter” and told the audience that he defended her when a former Breitbart reporter asked what he thought of her recent comments about President Trump.

“And we should stand with her,” he said. 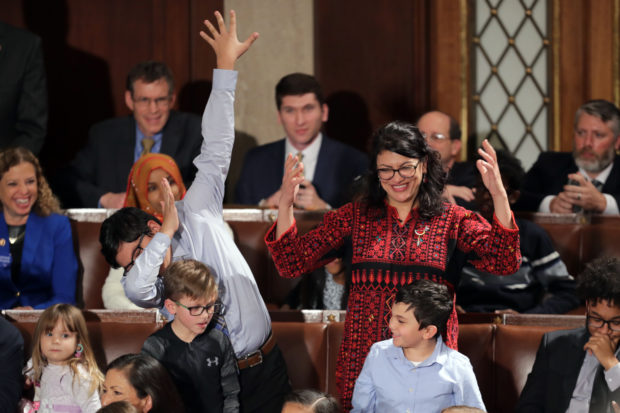 WASHINGTON, DC – JANUARY 3: Rep.-elect Rashida Tlaib (D-MI) votes for Speaker-designate Rep. Nancy Pelosi (D-CA) along with her kids during the first session of the 116th Congress at the U.S. Capitol January 03, 2019 in Washington, DC. (Photo by Chip Somodevilla/Getty Images)

The Indiana congressman then looked to future Muslim representation in the nation’s highest offices.

“It’s more than just about having three Muslims in Congress,” he said. “I think symbolically it has great value, but I won’t rest until 2020 we have five more members of Congress; 2022 and 24, we have 10 more Muslims in Congress. In 2030 we may have about 30, 35 Muslims in Congress.” (RELATED: REVEALED: Three Democrats Attended Private Dinner With Iran’s President And Louis Farrakhan)

Carson ended his speech by saying that all Muslims in America have “a directive to represent Islam, in all of our imperfections, but to represent Islam and let the world know that Muslims are here to stay, and Muslims are a part of America. And we will, we will have a Muslim caucus that is sizable, that is formidable, and that is there for you.”