Despite claiming that his party is prepared to “invest billions in border security,” Virginia Democratic Sen. Tim Kaine is unwilling to find $5 billion for a border wall.

The 2016 vice-presidential candidate told “Meet the Press” Sunday that there has never been any doubt about the Democrats “willingness” to promote border security, but that money needs to be “spent the right way.”

“What we don’t want to do is waste taxpayer money on a vanity project that’s ineffective, that the president said Mexico would pay for. But spending massive amounts on border security to keep us safe, Dems do it over and over again, and it’s been Republicans that have been blocking it,” Kaine insisted, adding that “We first should reopen government.” (RELATED: WaPo Editorial Board Says Time For Historic Deal On Border Wall, Dreamers)
Kaine did not cite any evidence for his claim that a border wall would be “ineffective” and would not stem the tide of illegal immigration.

President Donald Trump remains adamant that the government shutdown will continue until the Democratic Party leadership agrees to fund the border wall. Last week, the president took his case for the wall directly to the American people in a televised address that many in the mainstream media attacked as it was being broadcast. 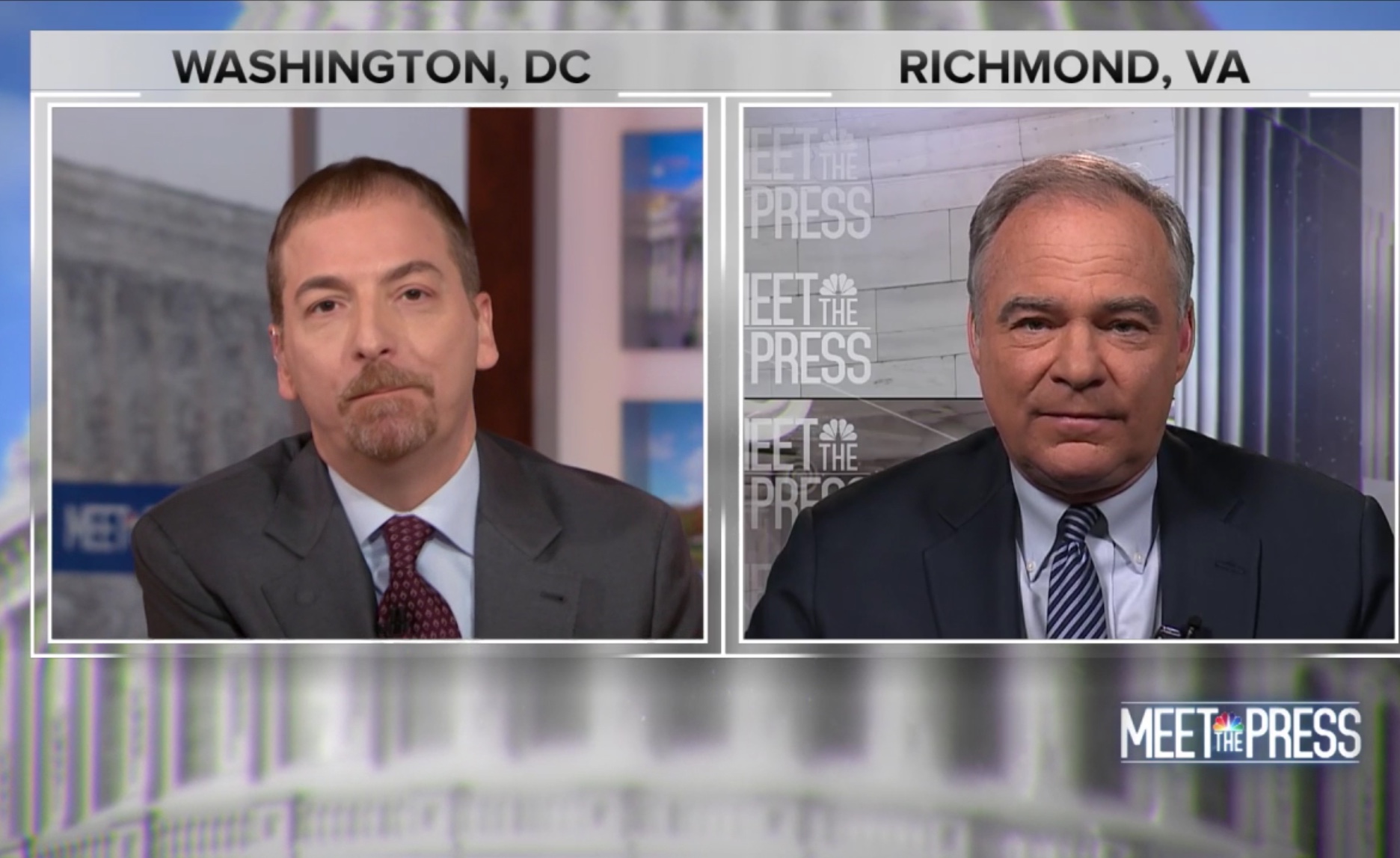 When asked whether he believed it was time to begin impeachment proceeding against the president now that the Democrats control the House of Representatives, Kaine told NBC it was more important to “protect the [Robert] Mueller investigation,” and to wait for its findings before deciding to proceed with impeachment.

Kaine suggested there were “nearly 100 documented instances of ties between the Trump campaign transition and administration with Russia.”