Bryan Cranston and Kevin Hart currently have the number one film at the box office with “The Upside” despite less than enthusiastic reviews from critics.

Over the weekend, the movie opened to 19.6 million in North America — which was a huge number given that it wasn’t supposed to kick off to more than 10 million and after critics gave it poor reviews, according to the Hollywood Reporter Monday. It has a 40 percent fresh rating at the movie review site, RottenTomatoes.com. (RELATED: Bryan Cranston Says ‘Sexual Predatory Behavior Is Not A Hollywood Problem’) 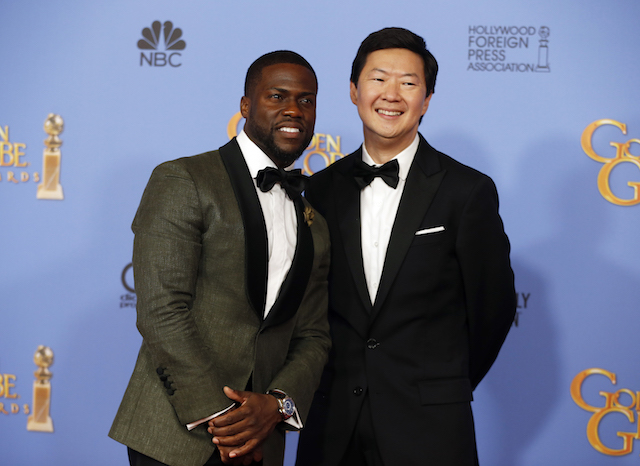 “Hollywood can be an echo chamber. The general public processes information very differently,” Adam Fogelson, chairman of STXfilms shared. “I think this movie came to market with very few moviegoers aware of the long path it took for it to get to theaters.”  (RELATED: Rams Fan Bryan Cranston Talks Playoffs And Working With Eagles Fan Kevin Hart)

The film was originally made from The Weinstein Company (TWC) and was the last film the disgraced movie mogul Harvey Weinstein made. It was then picked up by Lantern Entertainment and distributed after it bought what was left of TWC.

“I would say that Kevin [Hart] has demonstrated reliable box office clout for a while now. There are very few people who can do it. What’s more impressive is that this wasn’t another Kevin Hart comedy. For him to make a career pivot into an adjacent genre and see this level of success is a feat not many have achieved,” Fogelson added.

The “Night School” star recently made headlines after he stepped away from hosting the Oscars over old tweets that were deemed homophobic.

The “Breaking Bad” actor also was generating news after the movie faced a backlash because Cranston was not actually disabled.

“As actors, we’re asked to be other people, to play other people,” Cranston told the Press Association, per Sky News and BBC. “If I, as a straight, older person, and I’m wealthy, I’m very fortunate, does that mean I can’t play a person who is not wealthy, does that mean I can’t play a homosexual? Where does the restriction apply, where is the line for that?”

Despite the obstacles, the film beat out the monster at the box office “Aquaman,” which brought in 13.3 million in North American ticket sales over the weekend.