A host of congressional Democrats spent the weekend on the beaches of Puerto Rico with more than 100 lobbyists, corporate executives and union leaders despite the ongoing government shutdown.

The fundraising arm of the Congressional Hispanic Caucus, BOLD PAC, chartered a private jet for more than 30 lawmakers, as well as their families and chiefs of staff, to attend a winter retreat in San Juan, reported The Washington Examiner.

In addition to meeting with officials to discuss the aftermath of Hurricane Maria, attendees were invited to multiple parties and a showing of the Broadway musical “Hamilton” during its opening week on the island.

Lin-Manuel Miranda, Hamilton’s creator and star, invited lawmakers to the show with the hopes of securing more federal money for Puerto Rico’s cleanup, according to CBS News. Hurricane Maria ravaged the island in 2017 and even with aid from the Federal Emergency Management Agency (FEMA), the local government has still had trouble repairing the massive amount of destruction sustained by the island’s infrastructure.

Other lobbyists that accompanied Democrats on the trip included Facebook, Comcast, Amazon, Verizon, PhRMA, and unions such as the National Education Association, reported The Examiner.

While names of the House and Senate Democrats attending the trip have been kept under wraps, New Jersey Democratic Sen. Bob Menendez was spotted at the beach resort. House Speaker Nancy Pelosi was expected to be in attendance, however, it is not clear if she ultimately was able to join. Pelosi faced backlash in December for vacationing at a luxury resort in Hawaii amid the shutdown.

Spotted: Sen. Bob Menendez on the beach at a resort in Puerto Rico on Day 22 of the partial government shutdown. Reports say dozens of Dems are in PR for the CHC BOLD PAC winter retreat — including meetings on Maria cleanup, and a party with PR’s “Hamilton” cast. pic.twitter.com/6FaBYKPo4L

A source involved in the event’s planning told CBS that the winter retreat was the largest congressional delegation to ever visit Puerto Rico. (RELATED: Nancy Pelosi Vacations In Luxurious Hawaiian Resort Amid Government Shutdown) 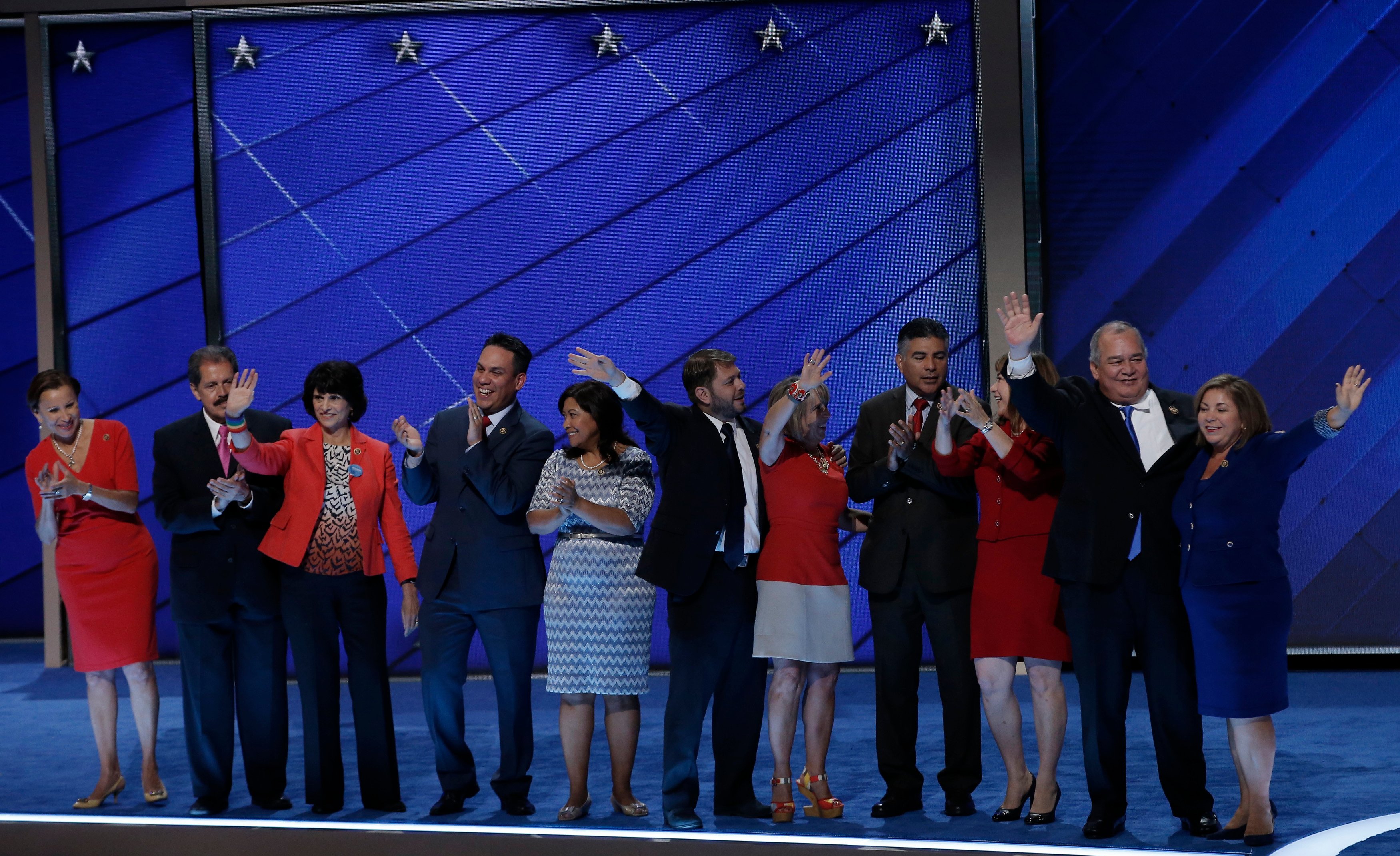 Lawmakers attended the event despite the ongoing battle in Washington, D.C. The Republican-led House passed a stopgap funding bill Dec. 20 that included appropriations to construct a border wall. However, with a 51-seat majority, Senate Republicans fell short of the necessary 60 votes needed to send it to President Donald Trump’s desk for signature. Consequently, a government shutdown has been in effect since funding expired Dec. 21.

Bold PAC Chair Rep. Tony Cardenas defended Democrats’ decision to leave D.C. by blaming Republicans for the situation and further noted in a statement that “if there is any progress by Senate Republicans or the White House to reopen the federal government, then we will act accordingly.”

“Democrats in Congress are so alarmed about federal workers not getting paid they’re partying on the beach instead of negotiating a compromise to reopen the government and secure the border,” White House press secretary Sarah Sanders responded to the vacation.