A California firm paid $10,000 last week to purchase a special edition of Patriots wide receiver Julian Edelman’s cleats. The footwear was designed to honor the victims of the mass shooting that took place in October at the Tree of Life synagogue. The money will go toward a fund set up to assist the victims.

Edelman’s cleats featured a Star of David, the hashtag “StrongerThanHate,” the Pittsburgh synagogue’s logo, and “Tree of Life” in Hebrew. He wore them prior to the Patriots game Dec. 16 against the Pittsburgh Steelers as a part of the NFL’s #MyCauseMyCleats campaign. Edelman’s father is Jewish.

Golden West Food Group purchased the shoes and the money went to the Combined Jewish Philanthropies of Greater Boston, according to the Jewish Telegraph Agency. That money will in turn be donated to the Jewish Federation of Greater Pittsburgh. They have set up a fund to raise money for the community following the shooting. (RELATED: Patriots Receiver Honors Tree Of Life Victims In Pittsburgh)

“While we are fans of the NFL and the New England Patriots, we decided to buy Julian Edelman’s Tree of Life cleats to show our support and solidarity for the families and victims of the heinous Tree of Life Synagogue tragedy in Pittsburgh,” Erik Litmanovich and Josh Solovy, the owners of GWFG told TheDC. “There is no place for hate crimes in our society.  These acts are reprehensible and pure evil. As a Jewish, family-owned company with relatives that survived the Holocaust, we were moved by Mr. Edelman’s profound and heartfelt message.”

They also said that they wanted to send the message of “never again” to the Jewish community in Pittsburgh. 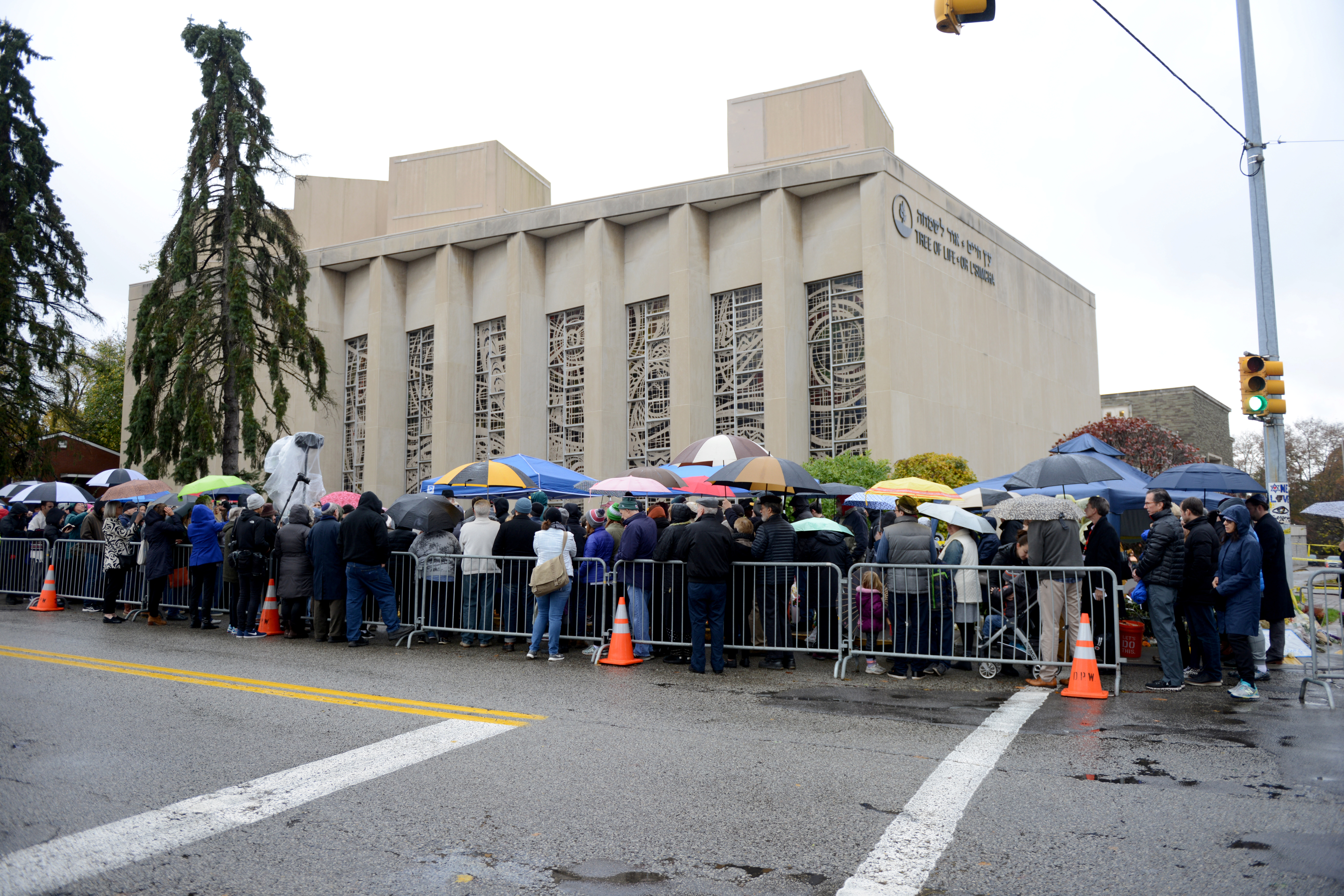 “We have been overwhelmed with gratitude with the outpouring of support from around the world, and it’s particularly meaningful to have a Jewish NFL player show his solidarity this way,” Adam Hertzman, director of marketing for the Jewish Federation of Greater Pittsburgh, told The Daily Caller on Monday. “Although Pittsburgh is a Steelers town, Edelman shows that when it comes to fighting anti-Semitism, we are stronger together.”

Big thank you to @massgovernor and everyone who came out last night to celebrate the 5th night of Hannukah and show our solidarity to those affected in Pittsburgh. Happy Hanukkah!
חנוכה שמחה pic.twitter.com/kelIKZU1Ws

On Oct. 27, Robert Bowers allegedly opened fire inside the Tree of Life Synagogue killing 11 people. He had anti-Semitic posts all over his social media accounts. Bowers was allegedly armed with two pistols and an AK-47.