One of President Donald Trump’s former lawyers for the Russia probe is accusing former FBI officials of staging a “coup” by opening a counterintelligence investigation into whether Trump acted as a foreign agent of Russia.

“This is our worst nightmare that someone with that kind of power would then decide to go after the president. I mean it’s a coup,” John Dowd told Fox’s Brian Kilmeade in a radio interview Monday.

“That’s what it is an attempted coup by Comey and his crowd,” he said. “And the evidence is all over there. I take The New York Times article as an admission of their bad behavior.”

Dowd, who represented Trump from June 2017 until his resignation on March 22, 2018, was responding to a Times report from Friday that the FBI opened the investigation into Trump in the eight-day window in May 2017 between the firing of James Comey as FBI director and the appointment of Robert Mueller as special counsel. (RELATED: Peter Strzok Expressed Concern That ‘There’s No Big There There’ In Collusion Probe)

FBI officials were concerned that Trump could be a witting or unwitting agent of the Russian government, according to The Times. Mueller inherited the investigation as well as a separate inquiry into whether Trump obstructed justice by firing Comey.

Comey’s firing and Trump’s remarks shortly after were the catalyst for the counterintelligence investigation, The Times reported.

Trump responded to the report Monday.

“I never worked for Russia,” Trump told reporters outside the White House, adding that he believed Comey to be “a bad cop, a dirty cop, and a liar.” 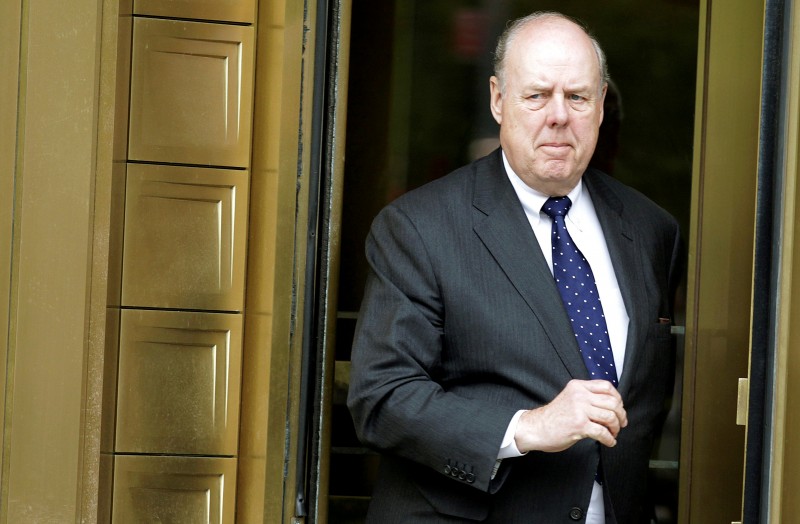 Dowd suggested that he was unaware that the FBI had opened the investigation.

“Little did I know that it appears that they were all in it together,” Dowd told Kilmeade. “I mean Rosenstein, Comey, Mueller, McCabe, the whole crowd and they were out to get this president no matter what. I don’t think they sincerely believed anything about Russia.”

Bureau officials had considered opening an investigation into Trump himself even before Comey’s firing, according to text messages exchanged between former counterintelligence official Peter Strzok and former FBI lawyer Lisa Page.

“And we need to open the case we’ve been waiting on now while Andy [McCabe] is acting,” Strzok wrote to Page on May 9, 2017, the day that Comey was fired.

Strzok also appears to have met one-on-one with Deputy Attorney General Rod Rosenstein on May 11, 2017. In a text message to Page, Strzok said that the meeting was about “coordinating investigations.”

Rosenstein wrote a memo that called for Comey’s firing. He is also who appointed Mueller special counsel and has overseen that investigation.

Though the investigation was opened, Strzok, who led the FBI’s Russia investigation, appeared to doubt whether Trump or the campaign colluded with Russia.

“You and I both know the odds are nothing. If I thought it was likely I’d be there no question. I hesitate in part because of my gut sense and concern there’s no big there there,” Strzok wrote to Page on May 18, 2017.