Sources close to Vermont Independent Sen. Bernie Sanders told Buzzfeed News that he plans to meet with former staffers from his 2016 campaign who claim that they experienced an environment of sexism, as well as sexual harassment, from other staffers.

Over the last two weeks, reports from Politico and the New York Times sited multiple instances of former staffers from Bernie Sanders’ 2016 campaign claiming to have been sexually harassed, in what they describe as a male-dominant environment.

Democratic National Convention floor leader, Robert Becker, who oversaw Bernie Sanders’ Iowa campaign, was accused of forcibly kissing a young female staffer at a restaurant, as well as making inappropriate remarks regarding her riding his “pole.” 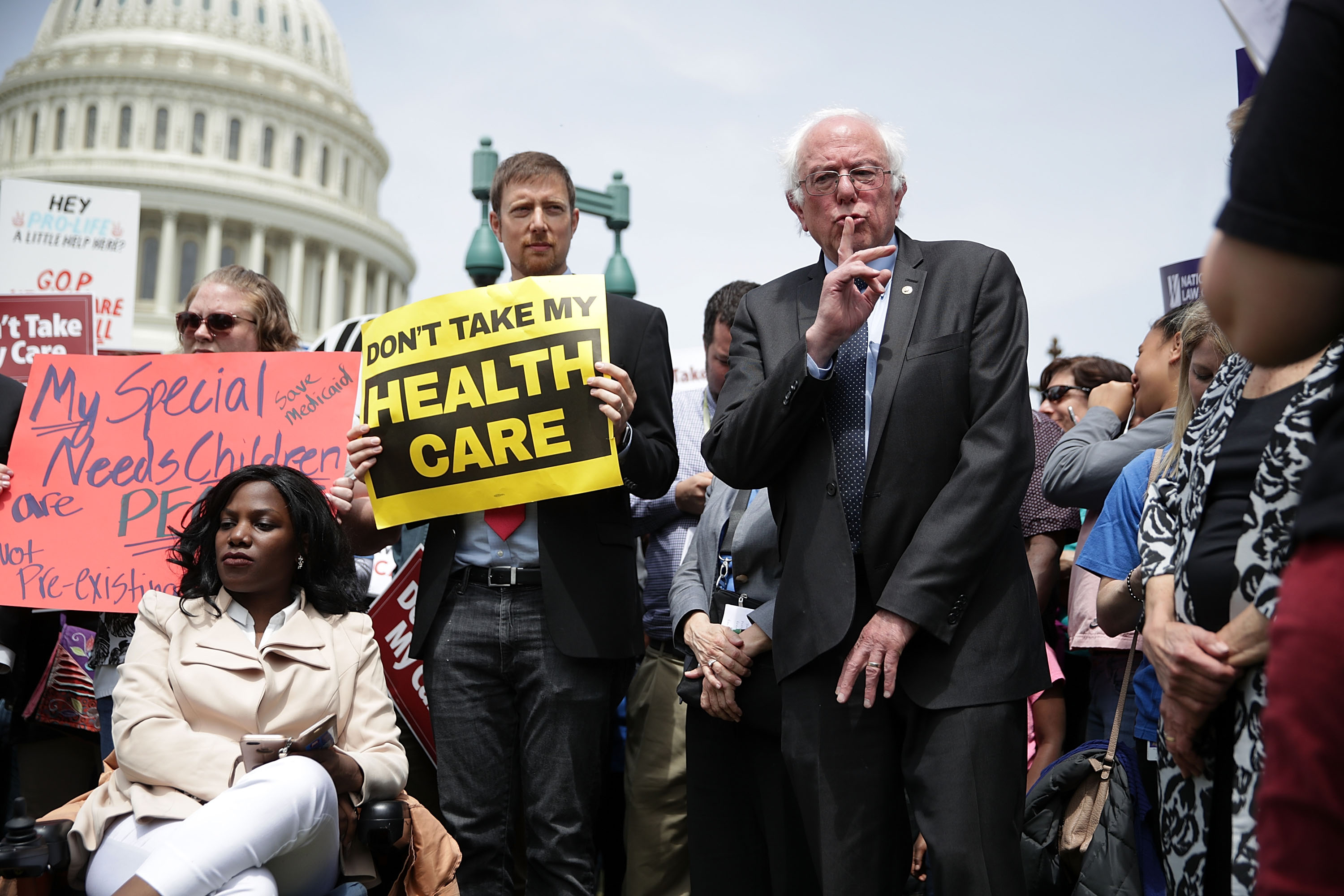 U.S. Sen. Bernie Sanders (I-VT) signals the crowd to quiet down for a speaker during a Stop ‘Trumpcare’ rally May 4, 2017 in front of the Capitol in Washington, DC. Congressional Democrats joined activists for a rally to urge not to replace Obamacare, also known as the Affordable Care Act. (Photo by Alex Wong/Getty Images)

The New York Times reported that several women who worked for Sanders’ 2016 campaign experienced demeaning behavior from executives that has not been addressed, as well as a possible pay disparity between male and female staffers. (RELATED: Bernie Speaks At Women’s March, Federal Employee Union Protest)

A formal request was made by a group of former campaign staffers back in December, requesting to meet with Sanders and his campaign leadership, to discuss “the issue of sexual violence and harassment on the 2016 campaign, for the purpose of planning to mitigate the issue in the upcoming presidential cycle.” (RELATED: Bernie Sanders In Talks With Ocasio-Cortez’s Media Team In Potential 2020 Step)

In response to the request, Sanders has publicly apologized on Twitter for the alleged sexual misconduct of his staff, saying to the accusers, “…Thank you, from the bottom of my heart, for speaking out. I apologize.”

To the women on my 2016 campaign who were harassed or mistreated, thank you, from the bottom of my heart, for speaking out. I apologize.

We can’t just talk about ending sexism and discrimination. It must be a reality in our daily lives. That was clearly not the case in 2016. pic.twitter.com/eJtCAGjHZu

The sources that spoke to Buzzfeed News say that on Wednesday, Sanders will take the opportunity to meet with those who experienced mistreatment on his campaign and has arranged for flights and hotels to be booked for those with grievances, expenses being paid for through his campaign account.

1
'This Is A Sham': Tucker Blasts Health Care Professionals Who Signed Letter Exempting George Floyd Protests From Coronavirus Restrictions
Media
2
82-Year-Old Attacked For Holding A Trump Sign Gets Emotional When He Receives A Call From Donald Trump Jr.
US
3
15 People Died In The Protests And Riots Following George Floyd's Death. Here's Who They Are
US
4
Trump Orders Thousands Of US Troops To Leave Germany
World
5
'You Are Something Else': Trump Chastises PBS Reporter After She Interrupts Him With Questions During Bill Signing
Media