The Democratic National Committee is ending its formal support of the National “Women’s March” organization, becoming the latest of 300 groups to do so as the national organization continues to make itself the center of negative attention due to its leaders’ long-running association with anti-semitic figures.

The DNC is the latest major liberal organization to disassociate itself with the march. Prominent liberal activist groups such as the National Abortion and Reproductive Rights Action League, the Human Rights Campaign, and the Southern Poverty Law Center have all ended their sponsorships of the organization. (RELATED: Progressive Jewish Organizations Aren’t Supporting The Women’s March)

Key leaders within the March’s national organization such as Linda Sarsour, Tamika Mallory and Carmen Perez have all expressed some level of anti-Semitism in recent years. Sarsour has spoken in approval of Sharia Law; is an avid supporter of the movement to “Boycott, Divest and Sanction” (BDS) the Jewish state of Israel; and has maintained personal and family ties to the Hamas terrorist group, which calls for the genocide of all Jewish people in their charter. 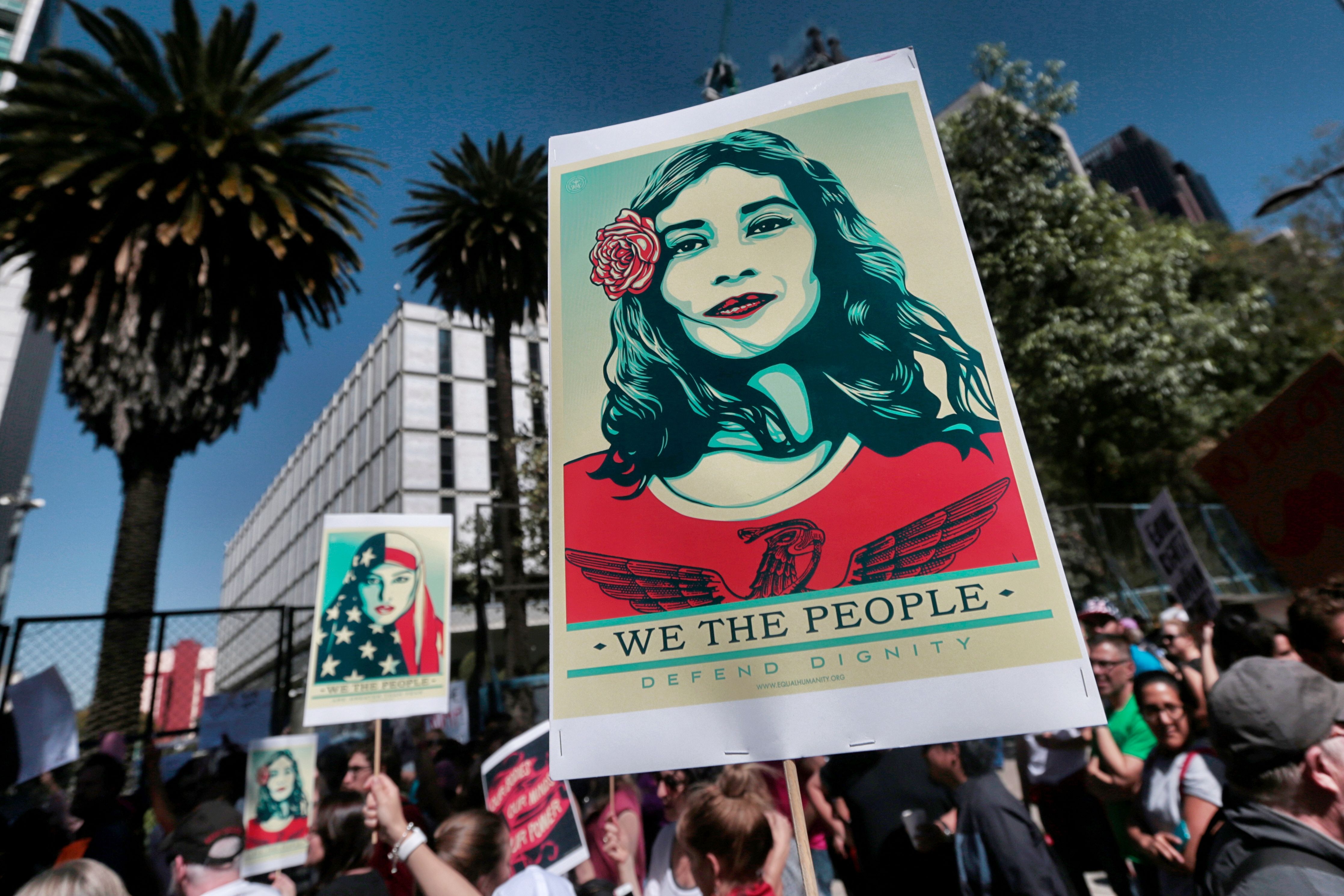 Mallory and Perez meanwhile, have been accused by former Jewish co-founder Venessa Wruble of discrimination.

A report from Tablet magazine last month recalled a meeting between Women’s March organizers, including Mallory, Perez and  Wrubel, who is a white Jewish woman. According to the report, Mallory and Perez made anti-semitic statements, claiming that Jews were leaders of the American slave trade and that Jewish people “bore a special collective responsibility as exploiters of black and brown people.”

Wrubel has claimed that she was pushed out of the organization for being Jewish.

Both Mallory and Perez have denied reports of saying such things and said they condemn anti-Semitism, but Mallory told The New York Times, “Since that conversation, we’ve all learned a lot about how while white Jews, as white people, uphold white supremacy, ALL Jews are targeted by it.”

Mallory also has called Nation of Islam leader Louis Farrakhan the “GOAT” — an acronym for “greatest of all time.”

Farrakhan is perhaps one of America’s most forceful anti-Semitic figures, having referred to Jews as “termites,” called Judaism a “gutter religion,” and referred to Adolf Hitler as a “very great man.” 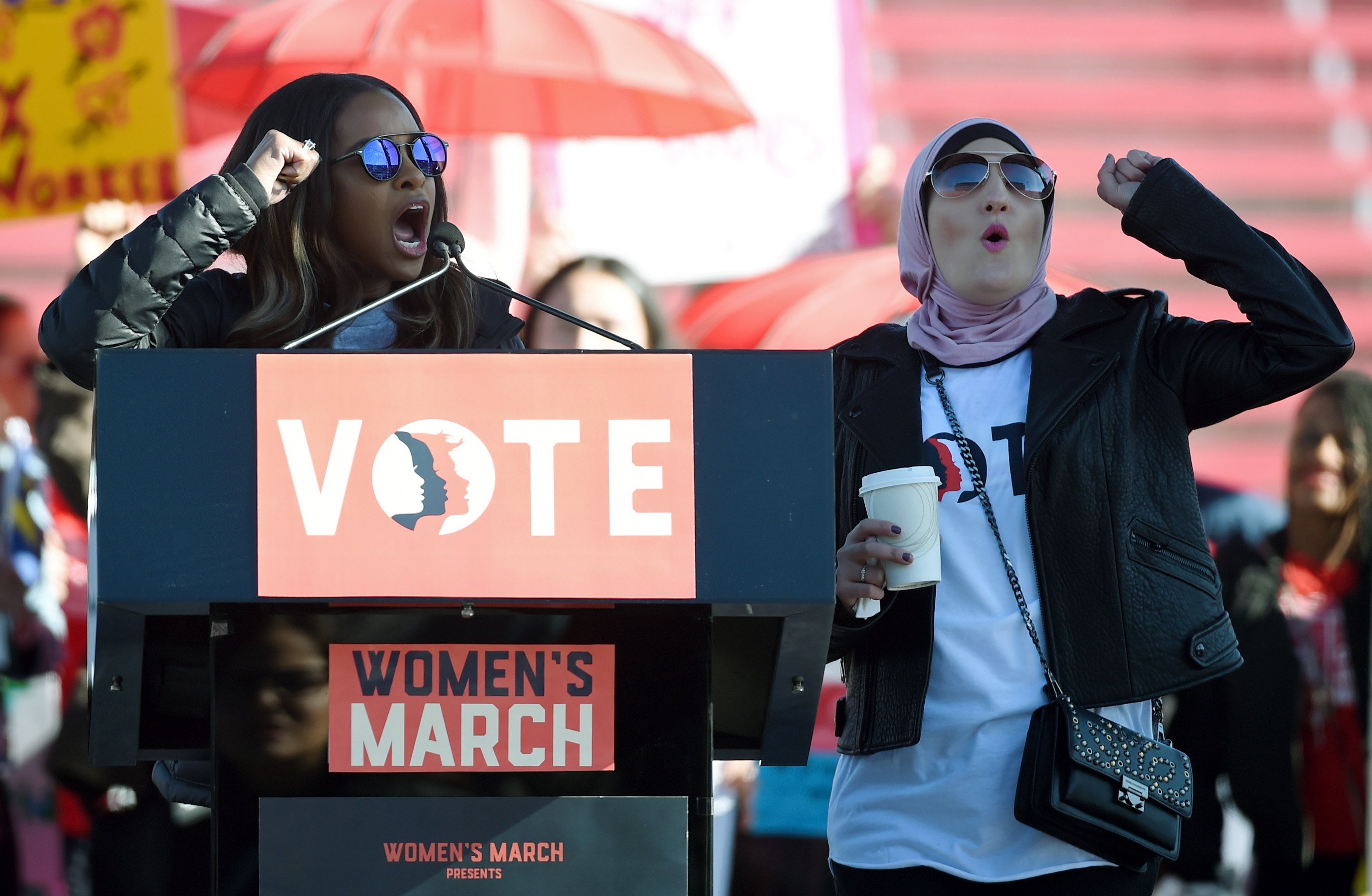 When asked by Meghan McCain on “The View,” if she would condemn Farrakhan’s anti-semitism, Mallory declined, only saying that she didn’t agree with all of his comments.

“I don’t agree with many of Minister Farrakhan’s Statements,” Mallory said.

The Women’s March leader then went on to claim that her refusal to condemn Farrakhan’s bigoted statements was about her refusing to see the world “through the lens of a man,” claiming that’s not what the Women’s March is all about.

“To be clear, it’s not my — it’s not the way that I speak. It’s not how I organize and I think it’s very clear over the 20 years of my own personal activism —my own personal track record — who I am and that I should never be judged through the lens of a man,” Mallory said. “That is actually not what this movement is supposed to be about.”

Amid the accusations of anti-Semitism, the Chicago Women’s March, originally scheduled for Saturday, Jan. 19 has been canceled.

The third annual national Women’s March will take place in Washington, D.C., on Saturday. The protest has been held every year since President Trump’s inauguration with many attendees protesting what they believe are sexist policies coming from the Trump administration.