I admit, I was skeptical about a $7,500 pistol from a manufacturer I’d never heard of chambered for a cartridge I’d likewise never heard of. Doesn’t seem like a great combination of price, maker or ammo, and that’s from someone who handles just about every new handgun on the market each year. Well, I was dead wrong—the FK Brno Field Pistol is worth every cent of the $7,500 MSRP.

The FK Brno Field Pistol fieldstrips easily into the main components seen here. The all-important counterweight wraps around the recoil spring and guide rod to help mitigate the effects of recoil. A 15-round magazine feeds the pistol, and the overall supercar-like construction of the handgun is evident.
–
Why is that? For starters, it is an incredibly finely tuned, single-action handgun with the smoothest slide I’ve handled. As well it should be, since the company says it takes 54 hours of machine time to build that single component. Just about every part of the FK Brno Field Pistol is machined, too, down to the fire controls. 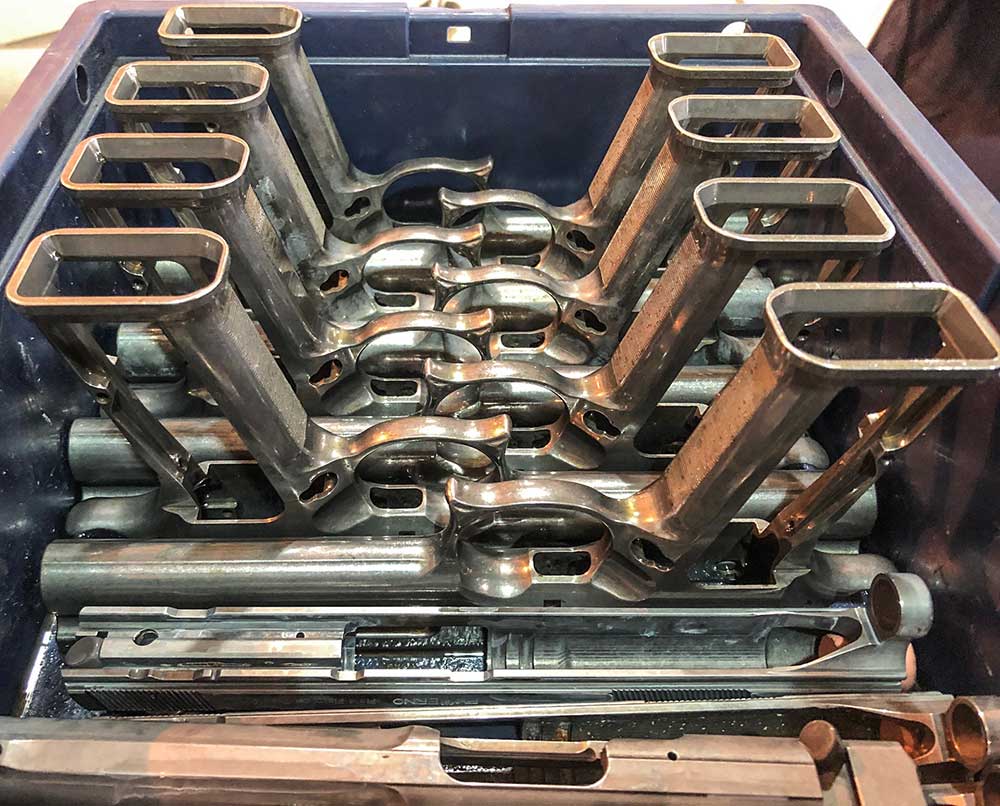 Part of the reason for the Field Pistol’s hefty price tag is the amount of time and effort that goes into building each unit. Apart from more than 100 hours of total machining time, each part is specially heat-treated and polished for strength, reliability, fit and finish. Here, parts await one of the polishing steps.
–

What’s more, the alloys used aren’t your run-of-the-mill stainless steel, since this pistol needs to be able to contain the pressures of its proprietary cartridge, yet remain shootable and transportable as a handgun. What we have in this pistol is the McLaren F1 of handguns—it’s expensive, but it’s innovative and darned-near perfect.

With the pressures involved, recoil must be quite harsh, no? No. The Field Pistol is more comfortable to shoot than any 10 mm semi-auto or .357 Mag. revolver—basically, it feels like a 1911 shooting a hot .45 ACP load—thanks to the proprietary recoil-attenuation system built into the gun. This consists of a cylindrical counterweight wrapped around the recoil spring beneath the barrel, which adds heft to counter recoil, limits muzzle rise and helps to ensure flawless operation. 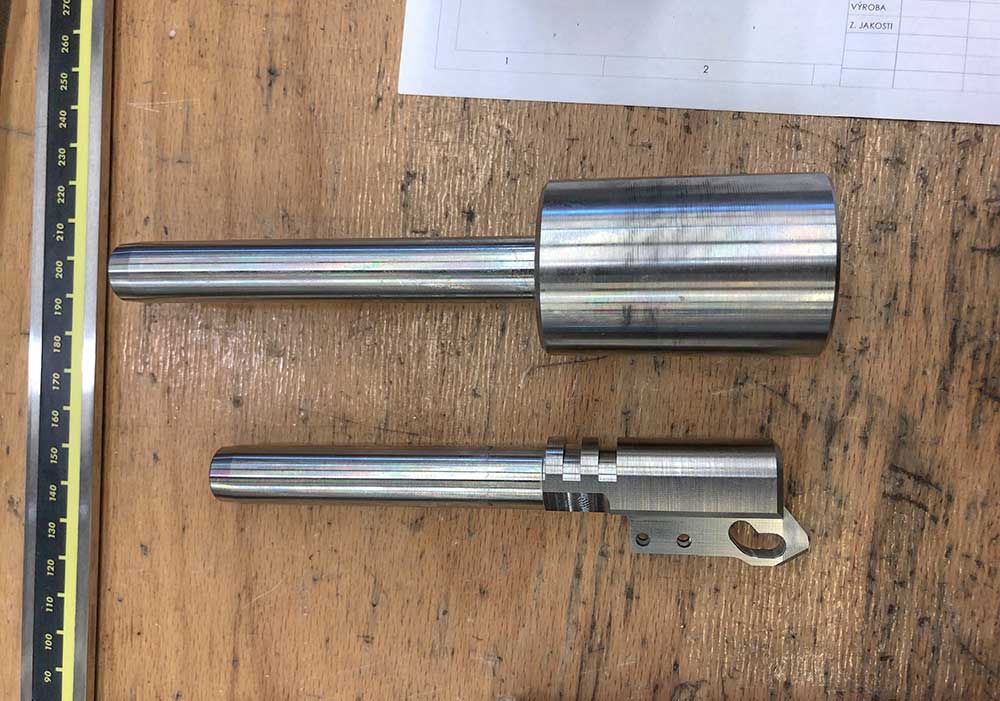 FK Brno makes its own barrels from special steel alloys to ensure strength and service life. The barrels, like virtually every other part of the Field Pistol, are meticulously machined using state-of-the-art CNC machines at the company’s factory in the Czech Republic’s second-largest city.
–

The sights are also among the best I’ve used on a handgun, which is a good thing since the FK Brno Field Pistol was designed to engage targets past 100 meters—you read that correctly; this pistol is capable of accurate fire at ranges normally associated only with long guns or trick shooters. Unlike most pistol sights, the Field Pistol sports what are essentially ghost ring sights to enable extra precision at long range, and I found them to be excellent for that purpose. At short range, they were not a detriment to fast acquisition, since you can look above the rear aperture to acquire the front sight when rapidity is paramount. The pistol also has a slide cut to mount a Trijicon RMR.

How can a sidearm deliver accurate fire at 100 meters? Unlike playing at Carnegie Hall, the answer is not merely “practice.” If you can shoot a handgun at 15 to 25 yards, you can shoot the Field Pistol at 100 meters (110 yards) without much difficulty. No need to adjust for bullet drop, because the 7.5 FK round basically doesn’t drop at that distance. A 95-grain bullet exits the muzzle at a velocity in excess of 2,000 fps—almost twice that of a standard 9 mm load. 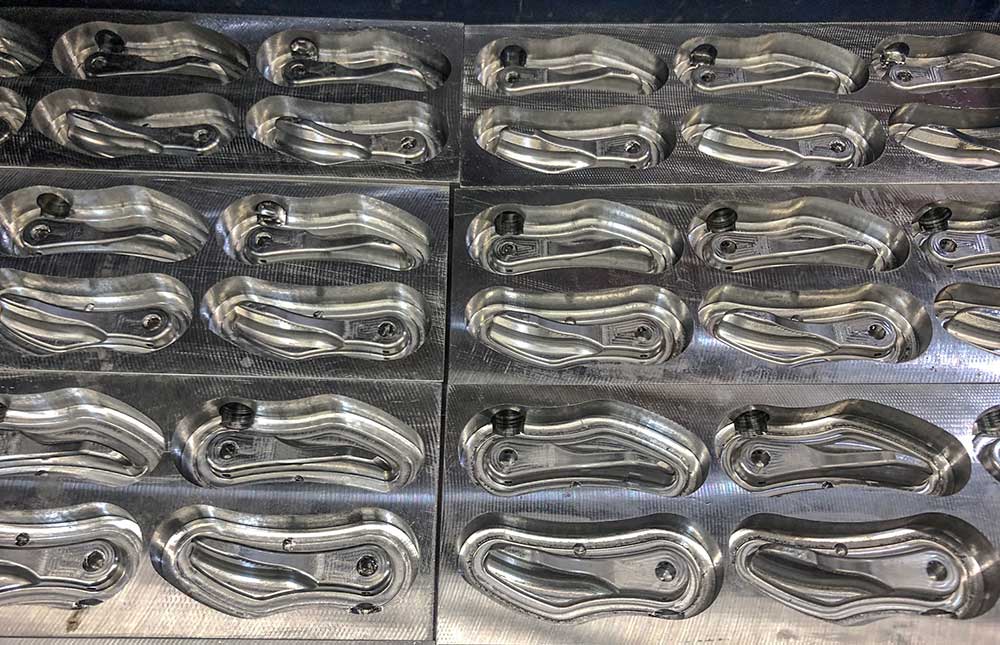 As mentioned, virtually every part of the Field Pistol is machined from advanced alloys. This includes the safety lever, the slide-stop lever and bar, the trigger and the hammer, among other parts.
–
In my range session, I was able to regularly hit a steel plate at 100 meters, offhand, with iron sights. When shooting a model with a Trijicon RMR mounted, my misses became annoying, and when shooting from a bench, my misses didn’t happen. I’m not the greatest shot in the world, and the farthest I’d ever attempted to shoot with a handgun before my trip to Brno was inside of 50 yards (I missed). With the 7.5 FK, I was ringing steel at 110 yards with ease. 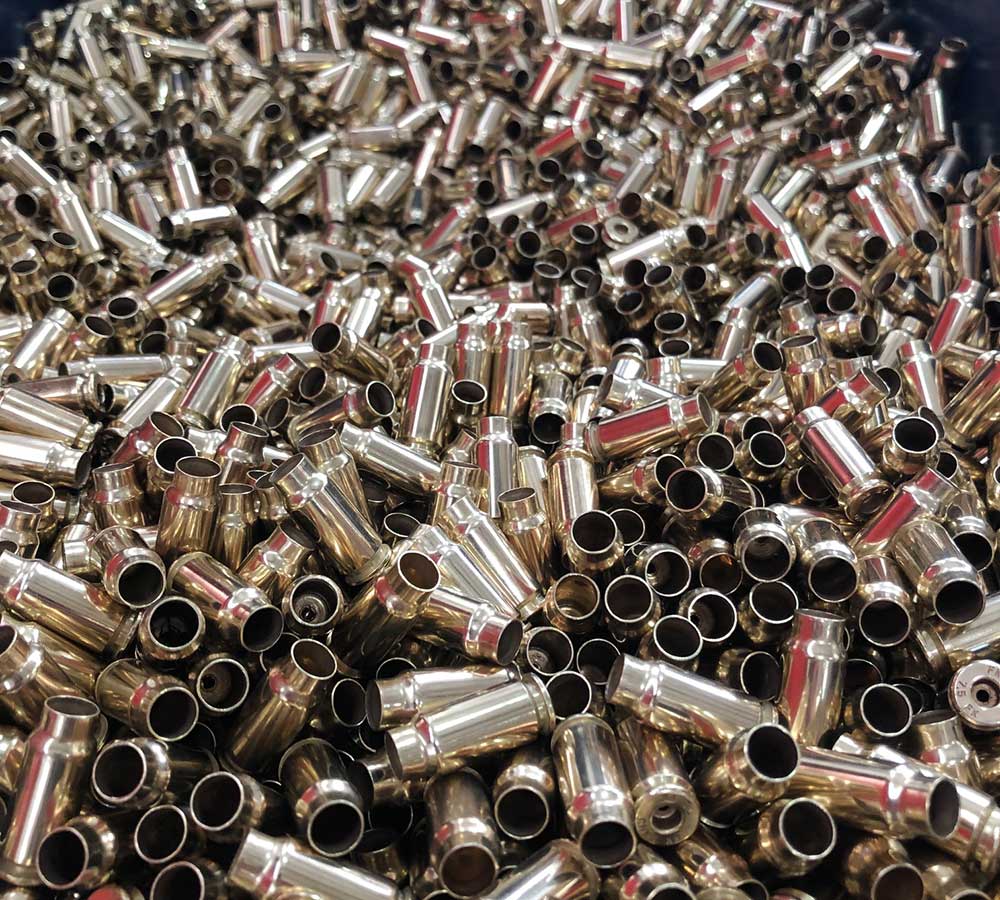 FK Brno manufactures its own brass and its own bullets for the 7.5 FK, although it will also load bullets from Sierra in certain loads for the U.S. market.
–
As for terminal performance, the high-speed-camera footage below of the 7.5 FK entering gel blocks through various barriers was shot while I was at the company’s 100-meter factory range. Keep in mind that these rounds were fired at 100 meters. Needless to say, it’s impressive.

The FK Brno Field Pistol is expensive. Very expensive. But after spending some time with the gun and seeing how it is built, I don’t think it’s overpriced at all. I can’t afford one, unfortunately, but boy do I wish I could, because I’ve yet to come across a pistol that is as capable as it.
– 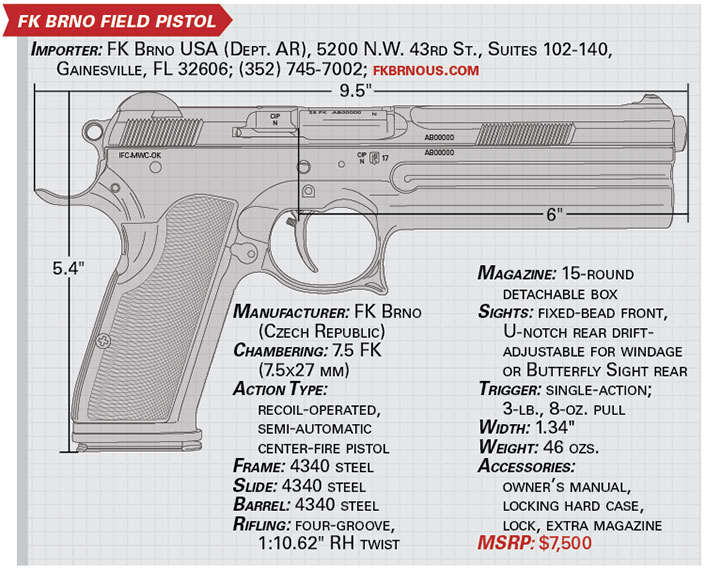 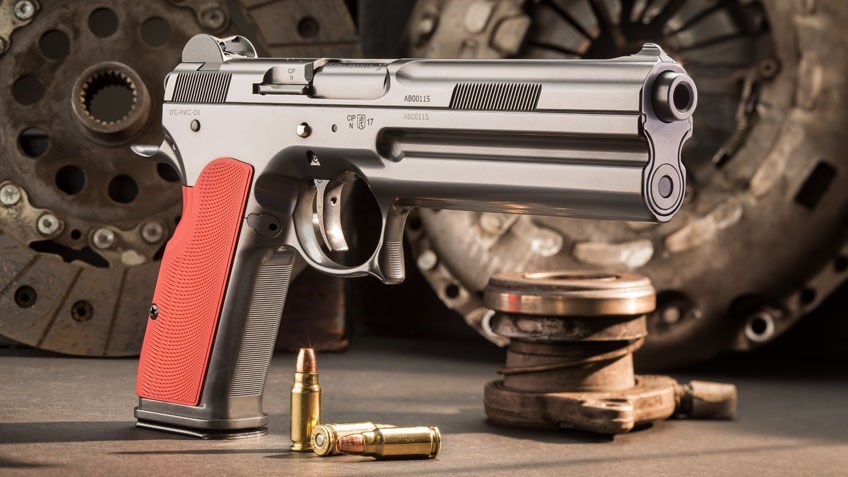